NBA finals remain a thriller: Celtics fight their way to the lead despite the curry gala

The final for the NBA title is hard-fought, now the Boston Celtics are back in the lead. 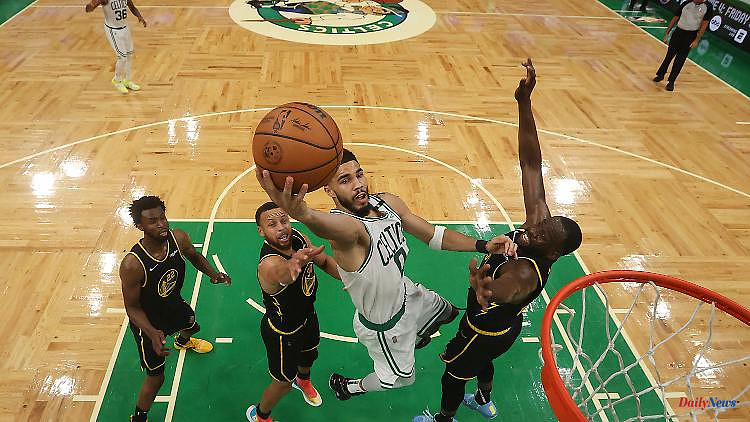 The final for the NBA title is hard-fought, now the Boston Celtics are back in the lead. Two more victories are missing until the 18th title in the club's history. Ultimately, the victory against the Golden State Warriors is clear, although the team is again in a phase of weakness.

In the hard-fought final series for the NBA title, the Boston Celtics around national basketball player Daniel Theis took the lead again. Cheered enthusiastically by most of the 19,156 fans in the TD Garden, the traditional team beat the Golden State Warriors 116:100 and only needs two more victories to win the 18th title in its history - which would make the Celtics again the sole record champions in front of the Los Angeles Lakers the best basketball league in the world.

"They deserved the win. They put a lot of pressure on us and it felt like we were swimming upstream most of the time," said Warriors coach Steve Kerr. Boston coach Ime Udoka identified his team's physical advantages as key. "We want to try to impose our will and our size in this series," he said.

As in the first two games, the Celtics allowed themselves a long phase of weakness in the third quarter and fell behind after an 18-point lead. When Stephen Curry was fouled in a successful three-pointer, received two extra free throws for the nature of the foul and reduced the lead from nine points to four within seconds, the game seemed to tip in favor of the Warriors. But in front of their home crowd, the Celtics regained the lead before the end of the period and went into the final quarter with four points more. Since they allowed the Warriors only eleven points. Robert Williams III had a terrific evening, posting four blocks.

"We know this is a great team. It depends on how you answer. Just keep going," said Jayson Tatum on US television. With 26 points, he was the second-best shooter on his team, Jaylen Brown had one point more.

The Warriors, on the other hand, were unable to use the momentum from the crystal-clear victory in the second game on Sunday and, like after the defeat at the start of the final series, are under pressure. Curry had another very strong third quarter and scored a total of 31 points, but had to endure a lot physically and limped at times. Celtics professional Al Horford ended up on his left leg in a scramble between several players for the ball. Curry had then lain on the floor for some time. "I'll be fine. Maybe some pain tomorrow," Curry said. "I don't feel like it's bad."

Theis, who is the third German to play for the Larry O'Brien Trophy after Detlef Schrempf and Dirk Nowitzki, did not play for the first time in the finals. Celtics coach Ime Udoka only sent eight different professionals onto the floor two minutes before the end, but he didn't use Lower Saxony there either.

The Celtics have been waiting for their 18th championship since 2008. The Warriors are hoping for the seventh title in their history and the first since 2018. Statistically, almost everything speaks for the Celtics: In the 39 final series so far, in which it was 1-1 after the first two games, the winner of game three won according to the information the AP news agency 82 percent of the championship. The exceptions, however, include the Warriors, who lost 2-1 to the Cleveland Cavaliers in 2015 and then won the title.

On Friday, the Celtics have home advantage again in game four, before the possibly decisive fifth game takes place again on Monday at the Warriors.

1 One degree more possible by 2028: Germany will be... 2 Saxony-Anhalt: Ban on water withdrawal from bodies... 3 Duda attacks Scholz and Macron: "Did anyone talk... 4 It matters. Uyghurs: EU could ban forced labor products... 5 Baden-Württemberg: Customs prevent smuggling of high-quality... 6 Legislative 2022. One day, one constituency. In the... 7 Infection confirmed: Deadly Borna virus detected in... 8 There was a scandal before the summit: Biden shows... 9 Small power station for the balcony: Reduce electricity... 10 Bathing in your own pool: These building regulations... 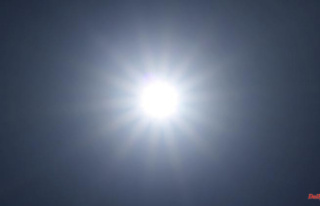