Brazil failed early in the hunt for their sixth World Cup title. 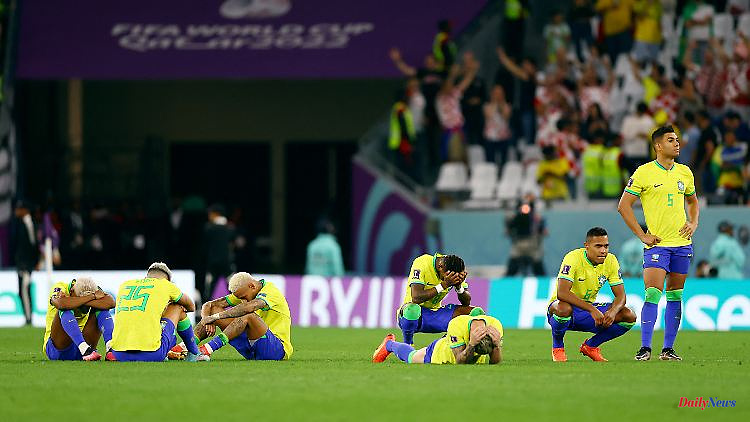 Brazil failed early in the hunt for their sixth World Cup title. The record world champions lost to Croatia in the quarter-finals on penalties. The first 90 minutes remained goalless, after 120 minutes it was 1-1. Neymar's record goal goes unrewarded.

Brazil's dancers fail from the spot - and a whole country is once again in deep mourning: the new record goalscorer Neymar and the Selecao suddenly lost their magic in the World Cup quarter-finals against biting Croatians, the 2: 4 on penalties sealed the early end of the title favorite. After 120 minutes of staid minutes, the score was 1-1 (0-0). The 0-0 after regular time made for a negative record: For the eighth time a game at the World Cup in Qatar remained goalless for 90 minutes, so far the tournaments of 1982, 2006, 2010 and 2014 shared this "best mark" with seven (at the World Cup - infographic).

Only in extra time did Neymar put Brazil ahead with a solo (105th), catching up with the great Pelé as the country's record scorer. But Bruno Petkovic (117th) equalized, it was Croatia's first shot on goal. And then Croatia's goalkeeper Dominik Livakovic became the hero of the penalty kicks again, having already caused the Japanese to despair in the round of 16. Now he saved Rodrygo's attempt, Marquinhos also failed at the post.

Vice world champions Croatia continue in the semifinals against the Netherlands or Argentina, while Brazil are developing a serious European complex: since the final triumph against Germany 20 years ago, there have been six knockout duels against European teams - and six defeats . The dream of "Hexa", the sixth title, will not manifest itself this winter either.

Croatia, however, is slowly establishing itself among the best in the world and is in the semi-finals of a World Cup for the third time after 1998 (3rd) and 2018 (2nd). Old star Luka Modrić again set the pace against Brazil and also played defensive tasks. The Bundesliga stars Josko Gvardiol (Leipzig) and Andrej Kramaric (Hoffenheim) were also in the starting XI and helped to unnerve the supposedly overpowering opponent. That was impressive. In the round of 16 against South Korea (4-1), Brazil almost danced to victory, this time the team seemed sluggish.

It had previously been the epitome of certainty of victory. On the bus ride to the Education City Stadium, the team was already singing about the title, now the final on December 18 will again be without Brazil. And Neymar, now 30, is running out of time. From Rio de Janeiro to São Paulo, only those who make their country a Campeao mundial at least once achieve legendary status - it could eventually resign as an incomplete.

The problems became apparent early in the game, Croatia's coach Zlatko Dalic let his experienced team attack high with great running effort. The favorite was not used to that at this World Cup. Modric also man-marked Casemiro - and former Bayern professional Ivan Perišić had the first chance to score (13').

Croatia defended confidently and had decided to get on the nerves of the noble technicians with consistency and counterattacks. A pinch of healthy hardness, also against Neymar, was part of the tactic, Gvardiol organized the defense strongly. Josip Juranovic made a very positive impression in right midfield.

Brazil initially made more steam after the break. Gvardiol was immediately the center of attention: first he almost scored his own goal (47th), then he saved with a sliding tackle against Neymar - who was, however, offside. Later, Neymar was denied by goalkeeper Dominik Livakovic, the hero of the penalty shootout in the round of 16 against Japan (55').

Surprisingly, Croatia didn't get less possession than their opponents, but the Brazilian pressure now increased. Livakovic also had to intervene against Lucas Paqueta (66'), ten minutes later he saved against Neymar. It soon went goalless into extra time, and it was only here that the encounter picked up speed - and Neymar only looked like the big hero for a few minutes. 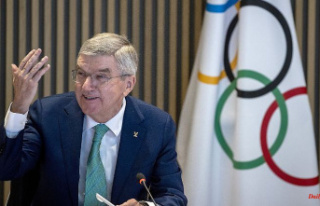