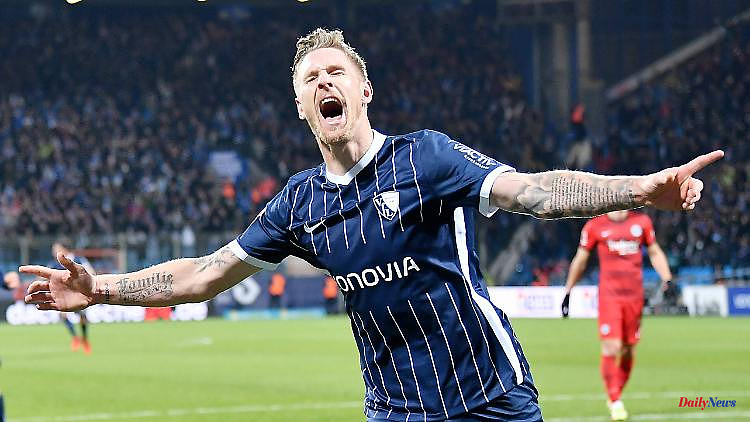 FC Schalke 04 uses regional rivals VfL Bochum and makes the deal clear with striker Sebastian Polter. the 31-year-old was the most successful shooter last season and in the relegation fairytale of the promoted team. He now wants to create something similar with Gelsenkirchen.

Bochum striker Sebastian Polter's move to FC Schalke 04 is perfect. This was confirmed by both Bundesliga clubs on Monday. The 31-year-old received a contract with the Gelsenkirchen club until June 30, 2025. Nothing was known about the transfer fee. According to media reports, it should be 1.5 million euros. Polter still had a contract in Bochum until 2023.

"Schalke is a big club that belongs in the Bundesliga. I would like to do my part to keep the class in the coming season. I will do everything I can to do that from day one," said Polter, for whom it is the eighth professional club in three countries (Germany, England, Netherlands). For a long time, Eintracht Frankfurt was considered the favorite to sign the beefy attacker. But in the end a transfer burst.

"With Sebastian we are gaining a robust centre-forward who has good speed for his size and has very good assertiveness," said sporting director Rouven Schröder. "He knows the Bundesliga, is a guy and knows what is important. As an experienced player with over 350 professional games under his belt, he should help out on the pitch next season," said Schröder. At the traditional club from Gelsenkirchen he has a powerful opponent in second division phenomenon Simon Terodde.

So far, Polter has played 97 Bundesliga games and 88 in the second division. There are also 51 appearances in the English Championship and 32 appearances in the Dutch Eredivisie. He scored eleven goals in 36 competitive games for Bochum last season. At VfL they take a pragmatic view of the striker's departure. "We have come to the decision that some players cannot be kept," said coach Thomas Reis, who lost several regular players to the Bundesliga competition, at the start of training on Monday.

"We're still a bit thin in midfield," admitted the VfL coach, "and we want to look around again up front. We want to take our time because we can't afford that many mistakes." Bochum's Philipp Hofmann from Karlsruher SC has already signed an edgy penalty striker.

1 Coach resigns: Accused Giggs redeems World Cup participant... 2 13-year wait is over: Anna Elendt ensures a sensational... 3 Heart attack ten years ago: The gift of life from... 4 With "diligence" to the "great game!":... 5 Concern for mass sport: DFB boss urgently warns of... 6 Praise from Ferrari and Mercedes: Schumacher celebrates... 7 Trial for fraud: Platini sees conspiracy in favor... 8 Press comments on the "Leclerc show": "A... 9 Fitzpatrick wins a golf thriller: A perfect shot at... 10 World Cup hero back in the Bundesliga: With Götze,... 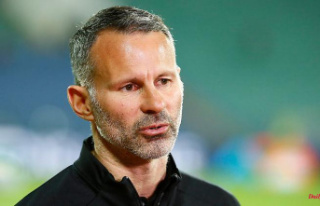