Without shining, Alexander Zverev wins at the French Open against the American Brandon Nakashimaist. 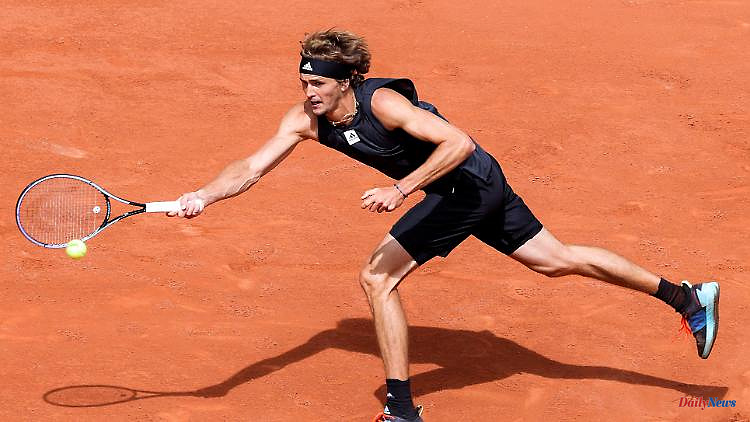 Without shining, Alexander Zverev wins at the French Open against the American Brandon Nakashimaist. Now he has to prevail against another qualifier before it can come to a really big game. Meanwhile, Angelique Kerber only makes headlines off the field.

Alexander Zverev is just one win away from a possible quarter-final hit against tennis prodigy Carlos Alcaraz at the French Open. Two days after his five-set thriller against Argentinian Sebastian Baez, the Olympic tennis champion won in Paris against American Brandon Nakashima 7: 6 (7: 2), 6: 3, 7: 6 (7: 5) and drew without shining, entered the round of 16 of the French Open. Zverev converted his first match ball after 2:48 hours. The 25-year-old now faces Spanish qualifier Bernabe Zapata Miralles.

"I think I raised my level significantly today compared to the game before," said Zverev after his unspectacular success. "I'm very happy to be here in the round of 16." Zverev was hardly challenged against the 20-year-old American and was able to save energy for further tasks. However, the third in the world rankings will have to improve further if there is actually a duel with Alcaraz in the quarterfinals. Especially in the first set, Zverev acted too passively for a long time and kept getting himself into trouble. Only in the tie-break did the native of Hamburg pick up the pace a bit and after 55 minutes he won the first round.

After a quick break in the second set, everything initially went according to plan for Zverev in the third section. After a break to 3:2, the game on the Suzanne Lenglen court seemed to be over. But then Zverev became unfocused again and promptly handed in his service himself. Nakashima now smelled some morning air, the spectators hoped for an extension of the game. But in the tie-break, Zverev kept his nerve and saved himself a fourth set.

On the other hand, the French Open is over for Angelique Kerber. The German number one lost to Alexandra Sasnowitsch from Belarus 4: 6, 6: 7 (5: 7). She had found her game too late. It was only in the second set that Kerber pushed himself forward with loud cheers, and the audience was now also cheering them on. Loud chants of "Angie, Angie" could be heard in the third largest stadium in the complex. The decision was finally made in the tie-break, in which Kerber just missed the set equalizer.

"If it had gone into the third set, who knows what would have been possible," said Kerber. After her bitter and unnecessary end, Kerber was already looking forward to her beloved lawn season. "I'm glad it's going on grass now. The tingling is still there, especially now with a view to Wimbledon," said the 34-year-old. In preparation for the classic in Wimbledon, where Kerber reached the semifinals last year, she will only play her own tournament in Bad Homburg (June 18 to 25) this year.

In Berlin, on the other hand, she will be absent the week before - with a surprising reason. "I always like to play tournaments in Germany, everyone knows that. But I won't play in Berlin this year because sometimes there is a lack of appreciation here and there," said Kerber, looking at the tournament in the capital, where her long-time companion Barbara Rittner acts as tournament director. Rittner was completely surprised by Kerber's statements. "I'm really perplexed and also a bit sad," said the women's national coach. You now want to seek a personal conversation with Kerber. 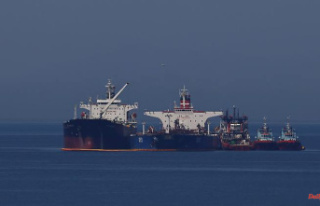