Scandal in Spain: Vinicius Junior is one of the most dangerous strikers in the world and likes to celebrate his goals with a happy dance. 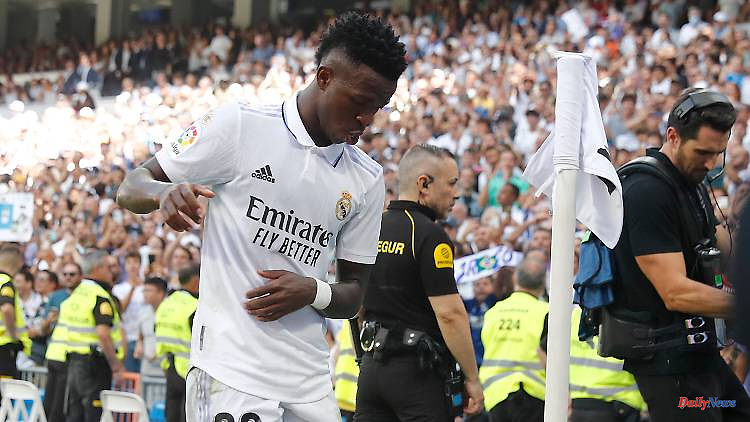 Scandal in Spain: Vinicius Junior is one of the most dangerous strikers in the world and likes to celebrate his goals with a happy dance. The Real Madrid star has repeatedly been racially attacked for this. Opponents warn against another dance - but there is also a lot of encouragement for the Brazilian.

A Spanish agent has sparked outrage over racism in football by insulting Real Madrid striker Vinicius Junior. Brazil legend Pelé defended the young star. "Football is joy. It's a dance," wrote 81-year-old Pele. Vinicius' club also reacted immediately. "Real Madrid reject all kinds of racist and xenophobic statements and behavior (...) such as the unfortunate comments (...) made against our player Vinicius Junior," Real Madrid said in a statement.

Pedro Bravo, President of the Spanish Association of Football Agents, was on the well-known Spanish sports program "El Chiringuito" ranting about the happy dances that the 22-year-old Vinicius performs after scoring goals. "Anyone who wants to dance samba should go to the sambodrome in Rio. Here (in Spain) you have to respect your fellow players and stop making a fool of yourself," he rumbled.

Vinicius replied that it is said that many are disturbed by the joy of others, adding: "The joy of a black Brazilian in Europe is even more disturbing." He has been attacked for weeks for his dances, but these are the dances of Brazil, Neymar, Ronaldinho, Paquetá, Pogba and others. "These are dances that celebrate the cultural diversity of the world. I won't stop doing that," Vinicius insisted.

Before the Madrid derby Atlético against Real on Sunday evening, Atlético captain Koke warned: "If he scores a goal and dances at the end (...) there will definitely be trouble," the newspaper "El Mundo" quoted him as saying. PSG superstar Neymar, on the other hand, encouraged his compatriot: "Dance, Vini."

Bravo meanwhile rowed back. He only meant the expression "make the monkey" metaphorically in the sense of "don't do stupid things". He didn't want to offend anyone and apologize, he wrote on Twitter: "I'm sorry."

1 "Stupid" passivity costs victory: The not... 2 "Three pieces of cake": The strangest trick... 3 "Goosebumps" at the start of the Bundesliga:... 4 Struff and Krawietz/Pütz deliver: Unbeatable double... 5 Compensation in the 94th minute: Mainz robs Hertha... 6 DBB team is defeated in the thriller: The German dream... 7 Eintracht and Bayern with a draw: A record but no... 8 Eintracht scores important points: Hannover 96 climbs... 9 Comeback after baby break forbidden: Olympic champion... 10 "Nothing to it" about allegations ?: HSV... 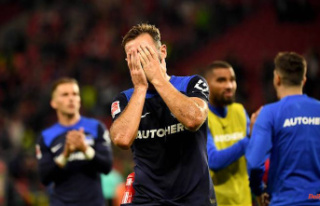 "Stupid" passivity costs victory: The not...