While his colleagues from the German national team were eliminated from the Ice Hockey World Championships, Leon Draisaitl can continue to dream of a title: the Stanley Cup. 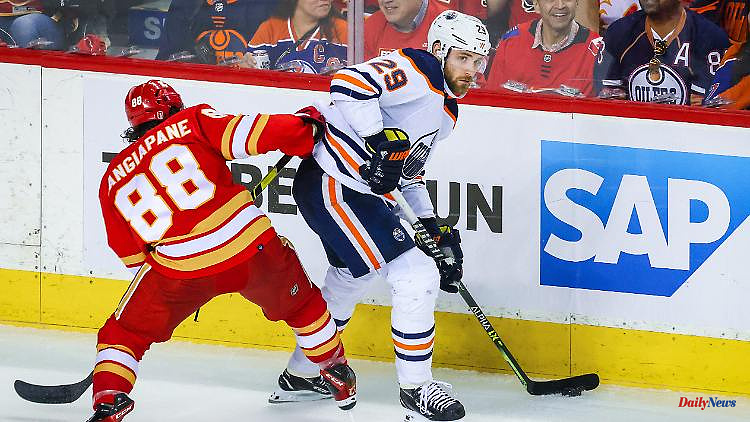 While his colleagues from the German national team were eliminated from the Ice Hockey World Championships, Leon Draisaitl can continue to dream of a title: the Stanley Cup. An outstanding performance sees his Edmonton Oilers qualify for the NHL playoff semifinals.

National ice hockey player Leon Draisaitl led his Edmonton Oilers to the playoff semifinals of the North American professional league NHL with another gala. The 26-year-old contributed four assists in the 5-4 after overtime against the Calgary Flames and extended his record. Edmonton won the best-of-seven series 4-1 and is in the final of the Western Conference. Edmonton won its last of five Stanley Cups in 1990.

Draisaitl can therefore continue to dream of his first Stanley Cup, having previously failed in the quarterfinals at the latest in his eight seasons with the Oilers. Born in Cologne, he managed his fifth playoff game in a row with at least three points, and with four games he had already become the sole record holder. In addition, he was the first NHL player to provide four templates in a third of a playoff game in the third duel.

On Friday night, Draisaitl put the winning goal on his congenial partner Connor McDavid in the "Battle of Alberta" after five minutes of extra time, before that he also contributed assists to the goals of Darnell Nurse, Zach Hyman and Evan Bouchard in the second third. Overall, the German superstar has seven goals and 19 assists in twelve play-off games this season. Together with teammate McDavid, he leads the league with these 26 points.

The Colorado Avalanche around German international Nico Sturm and the St. Louis Blues, Colorado lead the series 3-2 to determine the Oilers' opponent in the semifinals. In the Eastern Conference, the Carolina Hurricanes led 3-2 against the New York Rangers and were one win away from reaching the playoff semifinals where the Tampa Bay Lightning would be waiting. The Hurricanes won 3-1 (1-1, 1-0, 1-0) on their own arena and remain unbeaten at home after seven home games in these playoffs.

1 Prequel of "The Sopranos": A film can hardly... 2 On the death of Andy Fletcher: Depeche Mode would... 3 Customer service is convincing: These are the best... 4 Greeting ritual returns: How unsanitary is the handshake? 5 Ritual with a psychological meaning: can we break... 6 Hesse: Transporter crashes into ambulances at the... 7 Dispute over the mask in autumn: FDP sets conditions... 8 Steffi Lemke in "ntv Frühstart": "Need... 9 Thuringia: Investigations into alleged sexual abuse 10 Hesse: Some sun only in the afternoon: rather uncomfortable... 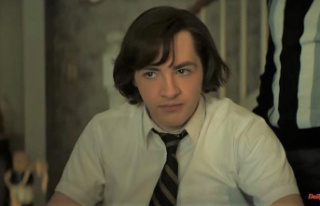 Prequel of "The Sopranos": A film can hardly...