NHL legend Jaromir Jagr: 50-year-old club boss has to go back on the ice - and scores

Jaromir Jagr has won the Stanley Cup twice, is an Olympic ice hockey champion and a real NHL legend. 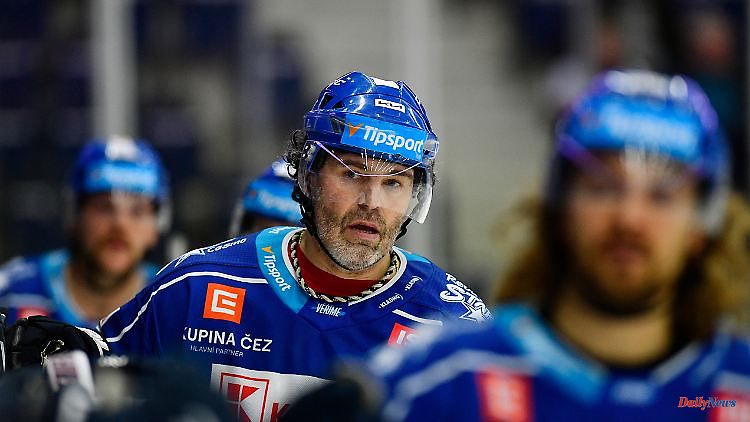 Jaromir Jagr has won the Stanley Cup twice, is an Olympic ice hockey champion and a real NHL legend. He scored 844 goals in the best ice hockey league in the world. Enough for multiple profile levels. But the Czech is writing a new chapter. He really didn't want to.

Jaromir Jagr is an NHL legend: The Czech won the Stanley Cup twice with the Pittsburgh Penguins, only Wayne Gretzky, probably the greatest ice hockey player of all time, scored more points than Jagr in the long history of the league. As an Olympic champion, world champion and NHL champion, the idol is a member of the exclusive Triple Gold Club. Now Jagr has also made it into another special circle: in the 3:4 defeat of his club HC Kladno against Skoda Pilsen, Jagr scored the goal to make it 1:3 - at the age of fifty in a professional league. It wasn't planned that way, especially not by himself.

Until 2018, Jagr had been playing in the top league in the world with a three-year break since 1990 - then he returned to his hometown club HC Kladno. As a player, but mainly as the owner of the club. In 2019, the club was promoted to the top Czech league, and Jagr scored all of his team's goals in the decisive 4-2 win against HC České Budějovice. After relegation, the club returned to the top class in 2021 - still with Jagr on the ice .

"I don't have a choice," said Jagr, who ranked fourth on the list of all-time leading scorers in NHL history with 844 goals at the time. "If I quit, many business partners will quit too." The main reason for continuing his career is therefore "the responsibility for the club. If I didn't have that, I wouldn't fly over the ice anymore. Because I embarrass myself out there."

In autumn 2022 it was over: Jagr told the daily newspaper “Sport” that he neither felt the motivation nor did he have the desire and time to play. Today it's about "training harder and not gaining weight. I used to score when I wanted to. Suddenly that wasn't possible anymore," he announced in 2021. And now: He has more important things to do than on the ice to stand. But in December 2022, Jagr was back in the club's squad for the first time because the flu virus had caught the team. The club's manager scored two goals in the very first game. With him, the relegation-threatened team achieved three wins in a row after Christmas. Now he himself met another former NHL professional after a template from 40-year-old Tomas Plekanec. Jagr celebrates his 51st birthday on February 15th.

1 Saxony: The weekend does not start unfriendly in Saxony 2 Baden-Württemberg: Kretschmann considers the AfD... 3 Hesse: After a ride, the missing rider was found dead 4 "Bradley" tanks for Kyiv: Kremlin accuses... 5 Attacks because of mineral resources?: USA: Wagner... 6 Death in Portugal: Brazilian surfer dies in giant... 7 Can that work?: This toothbrush should clean perfectly... 8 North Rhine-Westphalia: Laumann on reform: Clinic... 9 Saxony-Anhalt: little wintry in the country: stormy... 10 Hesse: body found in forest 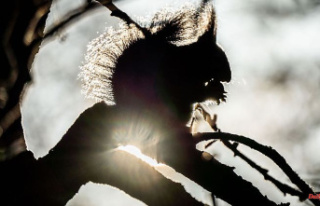 Saxony: The weekend does not start unfriendly in Saxony