Niemeier-Hammer in Wimbledon: Kerber impresses with their "Magic Place"

Four German tennis professionals make it into the third Wimbledon round. 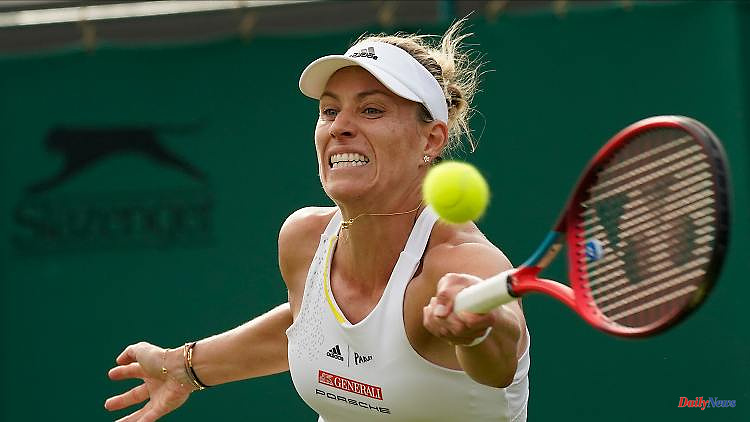 Four German tennis professionals make it into the third Wimbledon round. Jule Niemeier creates a sensation at her premiere. Angelique Kerber also prevails in two sentences. The German number one for men is also progressing - unexpectedly quickly.

It was by no means the case that Angelique Kerber had to do her demanding day's work behind closed doors. The former Wimbledon champion was allowed to play in the pretty bowl number 2 in the south of the All England Club for her third round entry. However, Jule Niemeier got the big stage - and she used it brilliantly for one of the big surprises of the tournament. After the 22-year-old debutant had rolled over second-placed Estonian Anett Kontaveit 6: 4, 6: 0 in less than an hour, she needed a moment to sort herself out during the interview on the pitch. "I'm speechless," said Niemeier, before finding the right words: "Winning here on Court 1 is an incredible feeling."

One that Kerber has experienced many times on her 14th visit to Church Road. But she has known for a long time: Wimbledon victories are nice on every place, especially when they are fought as hard as the 6: 3, 6: 3 against the unpleasant Magda Linette from Poland. With all her lawn experience, Kerber (34), who later spoke of her "Magic Place", was harmless and in the race for another top result in her favorite Grand Slam. "It was important to enjoy my tennis and enjoy the atmosphere," said Kerber. She is in the top 32 for the ninth time in the classic grass field and is also a clear favorite against Belgium's Elise Mertens or Panna Udvardy from Hungary.

Tatjana Maria and Oscar Otte have already achieved a top result. Maria set her best Wimbledon result just 15 months after giving birth to her second daughter. She surprised Romanian Sorana Cirstea, number 26 on the seed list, at 6:3, 1:6, 7:5. Otte, who is still looking for his tennis bag, which was lost on the outward flight and which contained one of his father's lucky stones, had to call it a day after his opponent Christian Harrison (USA) gave up in the first set.

Niemeier, on the other hand, still had to work through a few media appointments, the interest in the world number 97. did not only increase noticeably in Wimbledon. After the first win over a top 10 player, she had to answer as many questions as she rarely did. No wonder: "That was one of the best matches I've ever played," she said, announcing confidently: "I can beat almost anyone here." After two matches, not only is she still without losing a set like Kerber, Niemeier hasn't even given up a single service game. "I love playing on grass," she said. The surface suits her attacking game, which doesn't have to end on Friday against Lesia Zurenko from Ukraine.

National coach Barbara Rittner should feel confirmed, she has had Niemeier on her list for a long time, not only for the time after the "golden generation" around Kerber. "Jule has all the weapons for a top player. I trust her to be in the top 20 in the world," Rittner told WDR, praising Niemeier's game intelligence and "incredible hand". That pays off. Although there are no points in Wimbledon this year, there is a lot of money. Niemeier has already secured £120,000. After all, Maximilian Marterer takes home 78,000 pounds. The qualifier from Nuremberg left the field as the only German loser after beating Frances Tiafoe (USA) 2: 6, 2: 6, 6: 7 (3: 7) on Wednesday. 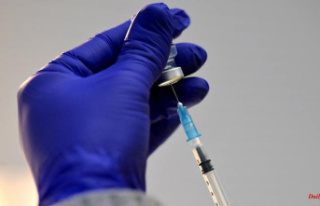 Already second conviction: doctor has to be in custody...