Chris Nikic is writing sports history again: The American is the first person with Down syndrome to contest the legendary Ironman World Championship in Hawaii. 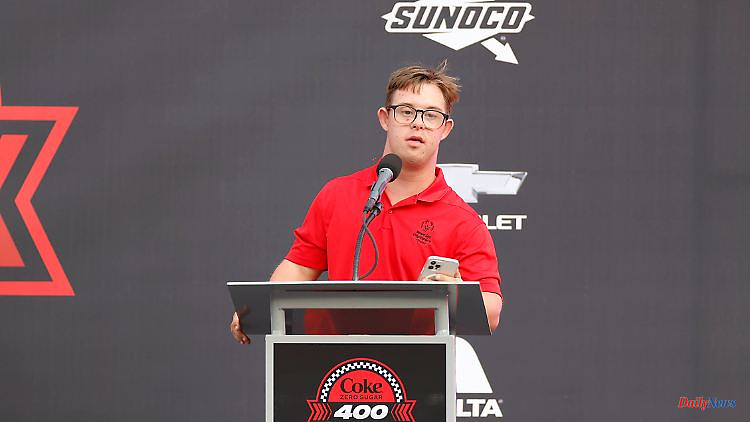 Chris Nikic is writing sports history again: The American is the first person with Down syndrome to contest the legendary Ironman World Championship in Hawaii. A former victim of bullying becomes a sporting icon. The 23-year-old wants to be an inspiration.

Chris Nikic is enjoying his time on the island of dreams to the fullest. Photos with world champion Kristian Blummenfelt or defending champion Anne Haug, in between a training session with favorite Lucy Charles-Barclay - the American now feels comfortable in the concert of the greats. And not only that, the top triathletes even look up to him. Admiration for the unique athlete knows no bounds.

"It's crazy," enthused Haug: "I think it's great that he's just trying it and going through with it." Nikic will make sports history in Hawaii. But not because he puts world-class athletes like Blummenfelt or Patrick Lange in their place, but because he is pushing boundaries to a new extent. The 23-year-old is the first person with Down syndrome to contest the long-distance world championships in the triathlon Mecca.

By taking part, he wants to "inspire other people with Down syndrome to make their dreams come true," says Nikic. 3.86 kilometers of swimming, 180.2 kilometers of cycling and 42.195 kilometers of running in scorching heat and threatening side winds - and with a handicap. "Yes, I have natural disadvantages," emphasizes Nikic. He was born with the chromosomal disorder trisomy 21, which means he has, among other things, a lower muscle tone, a slower reaction time and also learns more slowly.

But none of that slows him down. "With hard work, perseverance, and support from family and friends, you can overcome obstacles," he says. His motto: "Get one percent better every day." The focus on progress that is as small as it is laborious has brought the son to the "Super Bowl of triathlon", explains father Nik Nikic. In November 2020 he completed his first long-distance triathlon in Florida in 16:46:09 hours, and the following year he completed the Boston marathon in six hours.

By participating in Hawaii, he feels "involved in the community in a way I never felt before triathlon," says Chris. As a child he never really belonged, bullying determined his everyday life. The boy from Florida just needed a little longer for everything than the others, several operations on the heart and ears also threw him back - but despite all the resistance, he never gave up.

"Triathlon allows me to be like everyone else," he told the "Bild" newspaper. The big goal of Hawaii was always hovering above everything else. "If I can do that, I can do everything else," said the 2021 ESPY Award winner. He has 17 hours to finish on Friday on the legendary Alii Drive. But regardless of his finish, Chris Nikic is already one of the winners of this year's Ironman World Championship. 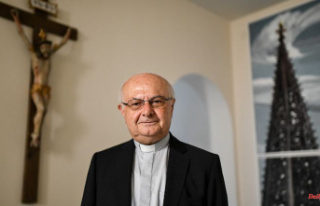 "Was too naive about abuse": Archbishop...