Since Philipp Lahm's resignation, the full-back position in the DFB team has been a construction site. 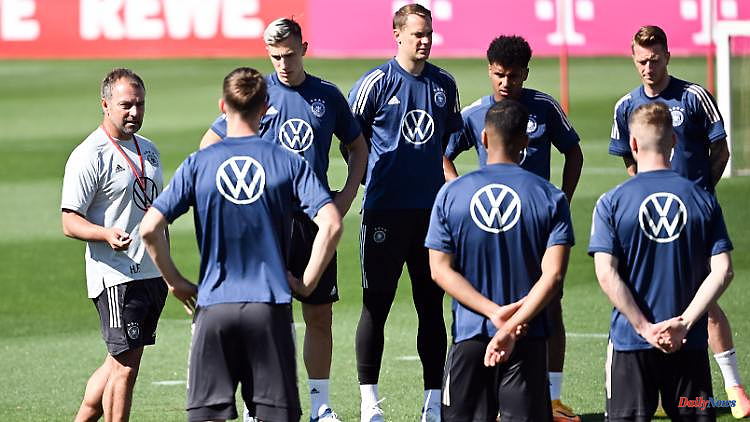 Since Philipp Lahm's resignation, the full-back position in the DFB team has been a construction site. Hansi Flick is now working out a plan with very inexperienced players for the problem position. Some have to curb their offensive urge, while Joshua Kimmich is scheduled for another role.

Jonas Hofmann was struggling with a knee injury, Lukas Klostermann was sitting on the bench or in the stands, David Raum and Benjamin Henrichs were not even nominated. The full-backs appointed by Hansi Flick for the groundbreaking Nations League duels did not play a minute under his predecessor Joachim Löw at the European Championship last year. "Football is very fast-moving," Henrichs said with a smile at the family training camp in Marbella.

Half a year before the Winter World Cup in Qatar, Flick made an exciting selection from the problem position in the DFB team. Together, the quartet has just played 37 international matches. Klostermann from DFB Cup winners RB Leipzig is already the "most experienced" full-back with 16 appearances in the national team. Flick is still "happy with the quality that we have".

Since Philipp Lahm's resignation after the 2014 World Cup triumph, the outside position in the back four has been a construction site. The national coach therefore also relies on creative solutions. Hofmann plays much more offensively on the right flank at Borussia Mönchengladbach and recently underlined his goal threat impressively. "You get caught up in something like that," said Hofmann calmly.

The "biggest challenge" for him is to curb his offensive urge. That could be a problem, especially against top-class opponents like European champions Italy (June 4th and 14th) and England (June 7th). "If we play against the big players, then hopefully I'll have played more games in that position and I'll be able to defend myself," said Hofmann recently.

Left-back Raum also has offensive strengths. In his first Bundesliga season, Hoffenheim scored three goals and a remarkable 13 assists. "I'm also allowed to be very high in the national team and get to my cross runs. That's my strength," said Raum at noon after the intensive training session at the Marbella Football Center.

In addition to Raum, Henrichs is the alternative on the left after a strong second half of the season in Leipzig. "I hope that I can play and prove myself," said the 25-year-old on the Costa del Sol, explaining his improvement in form: "When times are hard and difficult, you have to keep working and focusing."

This also applies to Robin Gosens. Flick did without the EM discovery. After a long injury break, the 27-year-old only played for a short time at Inter Milan. "He can also try again and show what he's made of," said the national coach. It remains exciting on the problem position. However, Flick ruled out a transfer from Joshua Kimmich: "I don't see him in the full-back position with us." 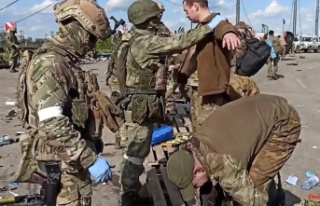