Nothing and nobody can stop Erling Haaland. 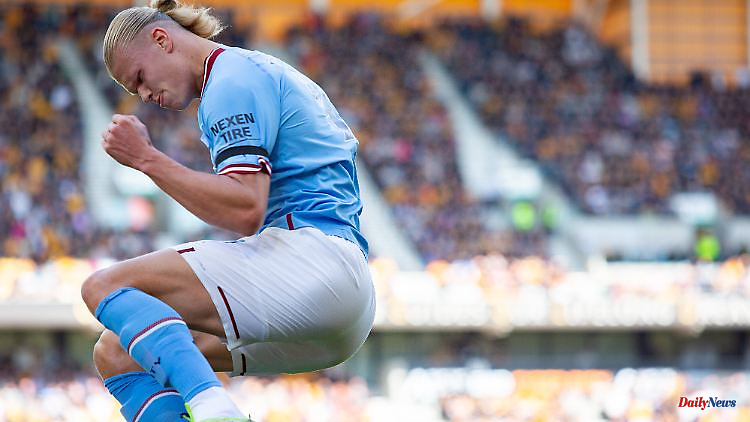 Nothing and nobody can stop Erling Haaland. Neither does a contract. He's only too happy to hold a door open. He is also said to have an exit clause at Manchester City. It's almost bigger than any club in the world. And on the way to a legend. But where will he play from summer 2024?

Erling Haaland scores goals. It doesn't matter which club he plays for. The Norwegian is up in the air, runs into the open spaces and is at the far post. Simultaneously. The former BVB player said his dream was very simple: "Five touches on the ball, five goals!" That's what he is. He disappears on the square, can only be identified by his size and is otherwise completely uninvolved. Nevertheless, he binds the opposing defenders. Who, as much as they want to, have no chance of defending him properly.

These qualities actually make Haaland priceless, but his skill in contract negotiations always opens a door to the next club for him. He wants to take his talent everywhere, shine in the different leagues of Europe and become one of the game's greatest legends. He is said to have hatched this plan with his agent Mino Raiola, who died this spring. "We can influence the market with a player like Erl," he said in one of his last interviews in December 2021 at Sport1: "It's not the market that influences us."

So now, just a few months after his transfer to Manchester City, the rumors about Haaland persist. Because the Norwegian is so incredibly accurate and because every club wants him one day. Although he is still tied to the Citizens until 2027, the 22-year-old is said to have an exit clause in his contract on the island. It is no longer far below 100 million euros, as it was at Borussia Dortmund, but at 180 million euros, according to the Spanish newspaper "AS".

He could do this in the summer of 2024, as "AS" writes, it would be the "Signing of Haaland" operation. Such a not-so-secret secret operation requires a long lead time. So the reports even make some sense at this early stage. The year 2024 would be ideal for a move to Real Madrid by which time the great Karim Benzema is likely to have retired. So it remains exciting. Just not in front of the gate. Erling Haaland always scores there.

He has already scored 14 goals in just ten games for Manchester City. His first Manchester derby is scheduled for the weekend. In the home stadium, the Norwegian club welcomes Manchester United, the team that former superstar Cristiano Ronaldo has not been able to shape for a long time. While the Portuguese has to deal with the imminent end of his career these days, Haaland can score his third home hat-trick in a row. No player has ever done that before him. But as you know not only since this little text: Erling Haaland scores goals. It doesn't matter what club he's playing for.

1 "Nothing new in the West": Felix Kammerer... 2 Gas and electricity price brake: the relief could... 3 Saxony-Anhalt: Simone Großner becomes state secretary... 4 Hesse: Almost a quarter of the Hessian forest is privately... 5 Bavaria: Truck loses liquid concrete and drives on 6 Bavaria: Sought-after carp: but the supply is tight 7 Bavaria: Bearded vulture Dagmar for the first time... 8 Baden-Württemberg: Negotiation for anteroom posts... 9 Baden-Württemberg: Employees from further training... 10 Baden-Württemberg: ballot of the GDL at SWEG is in... 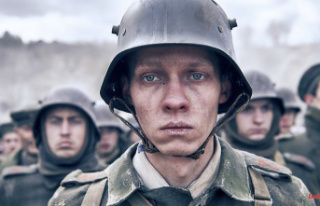 "Nothing new in the West": Felix Kammerer...