Not necessarily from the opponent: Cold cup shower for FC Schalke 04

The final opponent may not wait until after the game in the DFB Cup: FC Schalke 04 will be challenged by Bremer SV in the first round - and by a cold shower. 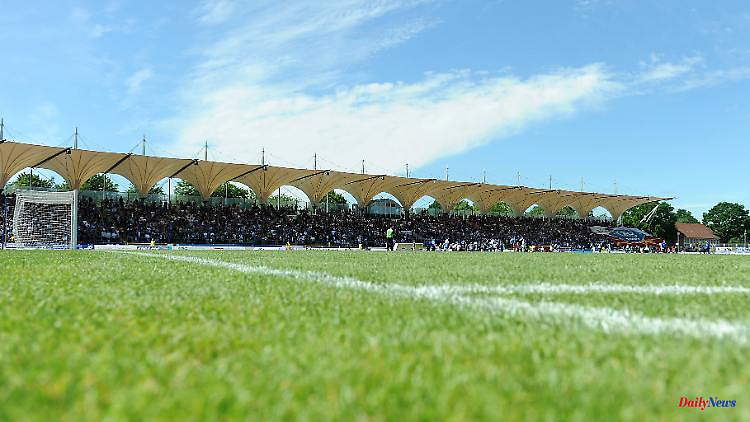 The final opponent may not wait until after the game in the DFB Cup: FC Schalke 04 will be challenged by Bremer SV in the first round - and by a cold shower. The hot water in Oldenburg remains switched off, even for those who have been promoted to the Bundesliga. Reason: save energy.

In the first round of the DFB Cup, the professionals from FC Schalke 04 will experience a cold shower: This prophecy did not come about due to clairvoyant powers, but the harsh reality. When the Gelsenkirchen team meet the regional league team Bremer SV in the Oldenburg Marschweg Stadium, the hot water is turned off.

According to media reports, due to a regulation by the city of Oldenburg, energy is saved in all city sports facilities during school holidays in Lower Saxony. The central hot water system will be turned off during the six weeks. Bremer SV will play their cup game on July 31 (1 p.m. / Sky and in the ntv.de live ticker) in Oldenburg.

A city spokesman told the "Nordwest-Zeitung" that the German Football Association (DFB) said when asked that there was no regulation in the statutes that prescribed hot water. Third division promoted VfB Oldenburg will also have to do without hot water for their home games for the time being. The players from VfB Oldenburg and SV Meppen, who meet on Saturday (2 p.m. / MagentaSport) at the third division start at the same place, can already "rehearse showers".

In order to meet the requirements of the DFB, Oldenburg will also have to set up a mobile floodlight system at almost every home game next season and dismantle it again after the final whistle. Because of the adjacent motorway, the Marschweg Stadium has no floodlights and no undersoil heating either. However, the DFB requires both in its licensing requirements from a third division location. The Oldenburgers have to set up the mobile floodlight system themselves for Sunday afternoon games in the summer.

1 Not enough extinguishing water: major fire after a... 2 Annual "Royal Swan Upping": The Queen has... 3 Hesse: Rising prices: Kassel pays residents energy... 4 Baden-Württemberg: Minister of Defense visits the... 5 Massive software problems: Not everything is going... 6 Resumption of talks: Moscow threatens Kyiv with "completely... 7 Agreement with ex-Soviet republic: EU wants to get... 8 "I have a life partner": Russia's best... 9 Huge hype about the yellow jersey: The mentality monster... 10 She shows the talents: "Solid" Petkovic... 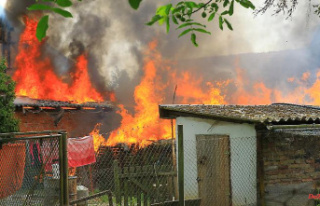 Not enough extinguishing water: major fire after a...