"Not surprised", but ...: Thomas Müller is not looking forward to the Union duel

For a few hours on this fourth day of play, 1. 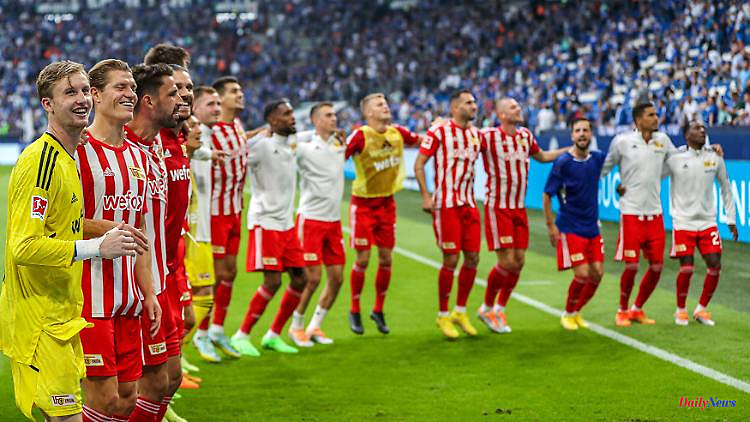 For a few hours on this fourth day of play, 1. FC Union Berlin is even the leader of the Bundesliga table. At 6: 1 they completely dismantle FC Schalke 04, the manager speaks of a "brutal" result. Next up is FC Bayern for the game in Berlin - and has been warned.

Oliver Ruhnert treated himself to a currywurst with a pinch of pity for his ex-club before the Union Berlin manager left his old place of work as league leader. A few hours later, Bayern Munich was number one again, but the Irons are on top after their best start to the season and their highest Bundesliga win - unlike promoted Schalke 04, who are already on the ground four games after their return.

"Of course I'm happy," said Ruhnert after the 6-1 (3-1) win in Gelsenkirchen, "but the result is brutal in the end. We shot at goal six times and he was in it six times."

Up until five years ago, the Sauerland was still a youth manager at Schalke before he switched to Union and played a key role in the rise from the second division to a Europa League participant. He rated the short-term lead in the table as a provisional highlight as a "snapshot, we know how to assess it".

Next Saturday (3.30 p.m. / Sky and in the ntv.de live ticker) the Köpenickers will welcome the Munich team to the absolute top game at the Alte Försterei. "This is a team that knows exactly how to get results. I'm not surprised. They play their style 100 percent and with a lot of passion. You don't like playing there," said Bayern star Thomas Müller with respect.

Meanwhile, Schalke found it very difficult to take stock after only two points from the first four games and the third-highest home defeat in their Bundesliga history. "We have to defend ourselves better," said coach Frank Kramer, citing Union as an example of "physicality and assertiveness." Japanese defense chief Maya Yoshida found his team "too sloppy, too soft".

Above all, the 34-year-old emphasized that a "clear structure" was needed, the players would "run in different directions, here, there". You have to follow the structure given by the coach, "regardless of whether it's good or bad". Criticism of Kramer had already arisen after the first three games because Schalke had the least possession of the ball in the league and slumped significantly in the second half.

Against Union, Yoshida and Co. had the ball much more often and after Marius Bülter equalized (31st, penalty kick) after Morten Thorsby (6th) made it 0-1, they also took control of the game. But naive defensive behavior and individual mistakes made it easy for Sheraldo Becker (36'/46'), Janik Haberer (45') and substitute Sven Michel (87'/90') to score goals. After the break, there was no rebellion.

You have to orientate yourself on Union, Yoshida demanded: "The quality, the players, the budget - that's nothing special, but they follow the rules, the structure." The Irons are like "Leicester when they won the title a few years ago". Berliners see themselves as a long way from that. The three-hour league lead is a "nice picture, you can frame that as a photo," said coach Urs Fischer, "but I'm interested after the 34th matchday". 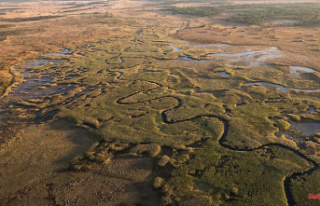