An offer of over 440 million US dollars can hardly be refused. 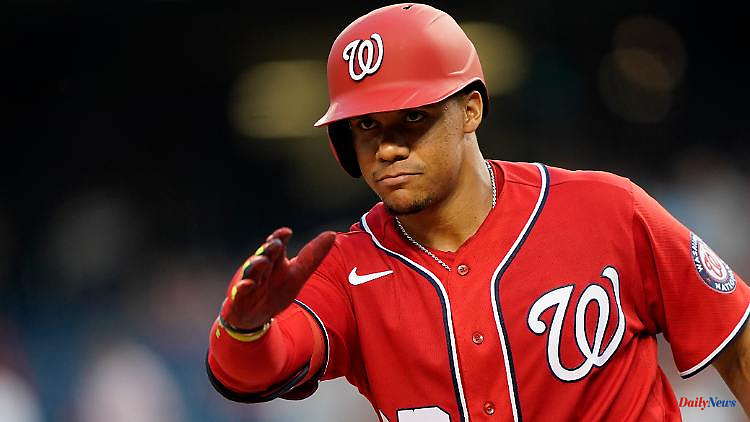 An offer of over 440 million US dollars can hardly be refused. one would think. But that's exactly what baseball star Juna Soto is said to have done. The 23-year-old could have surprising reasons for this: the salary could simply be too low.

A 15-year contract, a salary of $440 million. What sounds like a wild dream for the majority of working people could be reality for Juan Soto. Could. According to the portal "The Athletic", the star player from the Washington Nationals is said to have rejected this offer, the duration and total amount of which is unparalleled in baseball history.

The 23-year-old Dominican is widely regarded as the league's top hitter, but the Nationals currently have a 30-63 record. Most recently, Soto emphasized that he "didn't want to keep losing". But the actual truth could be different. Because the current deal, as absurd as it may sound, is only conditionally special. On average, the offer from Washington would fetch Soto just over 29 million a year. A lot of money, but not compared to the other top earners in Major League Baseball (MLB).

Max Scherzer, Soto's former teammate, earned an average annual salary of $43 million over three years for his service with the New York Mets. Los Angeles Angels' Mike Trout signed a 12-year contract worth $432 million in 2019, unmatched in baseball to date.

Player salaries in North America have long seemed to know no bounds - not just in the MLB. Football superstar Patrick Mahomes will get $503 million over a period of 10 years, basketball player Nikola Jokic recently agreed with his employer Denver Nuggets on the largest contract in NBA history: $264 million over five years.

"Washington," Soto said just a few months ago, "is still where I want to spend the rest of my career." Just, it seems, not for $29.3 million a year. After all, that would only be #15 on the MLB payroll.

1 Kerley's rough heroic story: Man without a smile... 2 High-tech against rocket attacks: Can you protect... 3 Bavaria: No fines in Bavaria due to compulsory vaccination... 4 Bayern: 18-year-old seriously injured in a fight with... 5 Hesse: car rolls over in an accident on the A66: one... 6 Hesse: Eintracht in good shape: Glasner warns of down-to-earthness 7 Hesse: Heat in Hesse: Tuesday sometimes 40 degrees... 8 Hesse: Darmstadt 98 struggles with the false start... 9 North Rhine-Westphalia: Schützen refrain from further... 10 Saxony: town hall facade in Oschatz damaged: State... 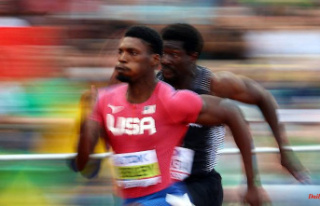