Nothing left of lightness: World Champion Wright flies out in the third round

The early end comes as a surprise: With a defeat of 4:1, the darts world championship is over for the two-time champion Peter Wright. 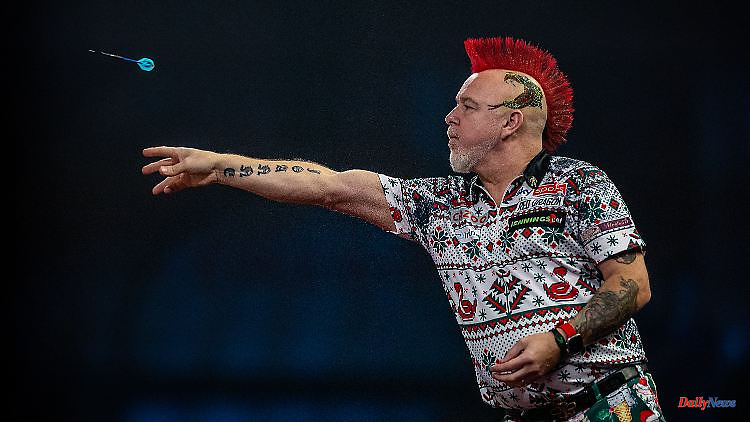 The early end comes as a surprise: With a defeat of 4:1, the darts world championship is over for the two-time champion Peter Wright. He usually plays 20 times better, agrees opponent Kim Huybrechts. However, Wright still has chances for first place in the world rankings.

When opponent Kim Huybrechts analyzed Peter Wright's failure, the dethroned world champion had already packed his darts and left the world's largest darts stage long ago. The 52-year-old bird of paradise dutifully greeted the audience again at Alexandra Palace in London, but after the hefty 4-1 defeat Wright was no longer able to smile.

"I have to be fair and honest: That wasn't Peter Wright. That was the name of Peter Wright, but not the person. Normally he plays 20 times better," said Belgian Huybrechts. While the "Hurricane" now expects a Belgian round of 16 duel with Dimitri van den Bergh, Wright can travel home before the turn of the year.

The two-time world champion seemed grumpy and annoyed late Tuesday evening. There was nothing left of the ease with which he won his first game as the Christmas thief "Grinch" dressed in green almost two weeks ago. Wright had been plagued by personal problems in recent weeks. His wife and manager Joanne was ill for a long time but recovered in time for the World Cup and attended the Ally Pally.

In the world rankings, the man with the colorful hairstyle and clothes could become the winner and take first place, despite his extremely early failure. That's because rival Gerwyn Price from Wales has the winner's prize money taken away from him two years ago. If none of the trio Price, Michael van Gerwen (Netherlands) or Michael Smith (England) become world champions, Wright would reclaim number one status. 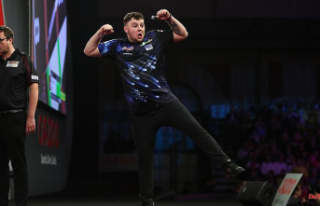