Once again, the Dallas Mavericks failed to catch up. 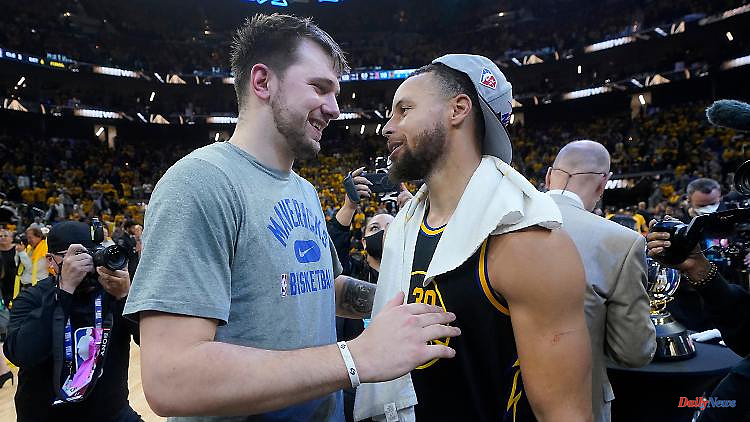 Once again, the Dallas Mavericks failed to catch up. In the semifinals, the team around superstar Luka Doncic is over. The Golden State Warriors advance to the NBA Finals. Dirk Nowitzki is still proud of his former club.

The Golden State Warriors have qualified for the 2022 NBA Finals. The San Francisco team won Game 5 of the Western Conference Finals against the Dallas Mavericks 120-110 (69-52) and knocked out the Texans 4-1 in the best-of-seven series. The Warriors are in the North American Pro League finals series for the first time since 2019.

Klay Thompson led the Warriors with 32 points and eight three-pointers sunk. Thompson had 19 points at half-time as the Warriors took a 17-point lead through a strong second quarter. The Mavs were always trailing behind after the break. When the visitors were on twelve points three minutes from time, Thompson made the decision with his eighth and final three.

Stephen Curry's 15 points was his lowest of the series against Dallas, but the superstar's average of 23.8 points and 7.4 assists earned him the Western Conference Finals Most Valuable Player award. Luka Doncic scored 28 points with the Mavs, while German national basketball player Maxi Kleber had seven points and eight rebounds.

There was still a lot of praise for them, including from club legend Dirk Nowitzki. The former basketball international tweeted, "Great season. Proud of the boys!"

The Warriors have won all nine home games in these playoffs so far. For the sixth time in the past eight years, head coach Steve Kerr's team has qualified for the NBA Finals. The Chicago Bulls around basketball legend Michael Jordan last recorded such a run in the NBA between 1991 and 1998. "It's a blessing," said Curry about entering the final series, where the Boston Celtics or Miami Heat are waiting. "That's where we belong: in the NBA Finals."

1 NHL gala with congenial partner: Draisaitl's... 2 Prequel of "The Sopranos": A film can hardly... 3 On the death of Andy Fletcher: Depeche Mode would... 4 Customer service is convincing: These are the best... 5 Greeting ritual returns: How unsanitary is the handshake? 6 Ritual with a psychological meaning: can we break... 7 Hesse: Transporter crashes into ambulances at the... 8 Dispute over the mask in autumn: FDP sets conditions... 9 Steffi Lemke in "ntv Frühstart": "Need... 10 Thuringia: Investigations into alleged sexual abuse 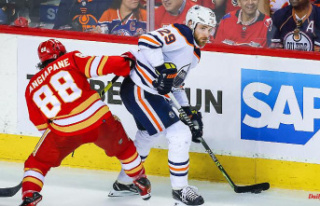