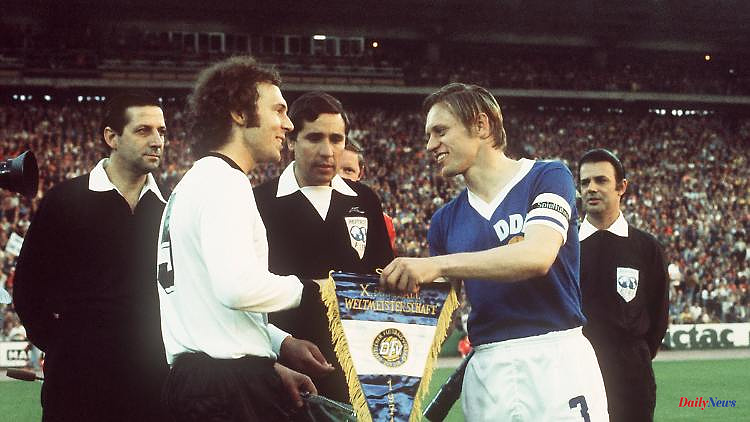 Bernd Bransch played 72 times for the East German national soccer team. In the legendary World Cup match against the Federal Republic of Germany in 1974, he led his team onto the field as captain. Two years later he becomes Olympic champion. Now Bernd Bramsch has died.

The former captain of the GDR national soccer team Bernd Bransch is dead. As his long-standing club Hallescher FC learned from the family, the 77-year-old died on Saturday after a long illness. Bransch wore the jersey of the national team 72 times and was Olympic champion with the team in 1976 and third in the 1972 Olympics. In the only World Cup participation by a GDR selection, Bransch captained the team in 1974 in the Federal Republic. After Hans-Jürgen Dörner and Joachim Streich, Bransch is the third prominent East German footballer to die this year.

"On behalf of all members, active players, fans, sponsors, employees and committee representatives, I express our heartfelt condolences to the family of Bernd Bransch. It is up to all of us to remember our honorary member, one of the most important personalities of the club and the most important ambassador of the city honoring Halle and continuing his legacy," said HFC President Jens Rauschenbach.

Bransch played almost 300 times for SC Chemie Halle and its successor Hallescher FC Chemie. In 1968 and 1974 he was voted "GDR Footballer of the Year". After the relegation of Halle in 1973, Bransch, who had been converted from a striker to a libero, joined FC Carl Zeiss Jena, with whom he won the cup in the same season - his only title win at club level. For the 1974/75 season he returned to the newly promoted HFC. He scored 43 goals for his clubs in the GDR Oberliga. After retiring in 1977, Bransch became an official. As president, he led the HFC into the 2nd Bundesliga for a short time after reunification. He was still on the club's board of directors at the age of 70.

1 Justine Benin (Secretary of State for Sea), in favorable... 2 Saxony: 80-year-old hit by tram and seriously injured 3 Legislative 2022 Follow the first round of Ardeche 4 Baden-Württemberg: 400 speeders caught in motorcycle... 5 Hesse: Collision due to weakness on B452 6 Legislative 2022/Live. Follow the Vaucluse for the... 7 Mecklenburg-Western Pomerania: New provost Tobias... 8 Miscellaneous. A man shot dead near Lyon after a neighborhood... 9 Technology. Meta opens a "metaverse academy in... 10 Accident. In Lyon, there were eight people injured... 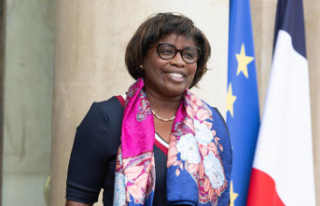 Justine Benin (Secretary of State for Sea), in favorable...