Dani Alves is a legend at FC Barcelona, ​​only superstar Lionel Messi played more often for the glorious club as a foreign player. 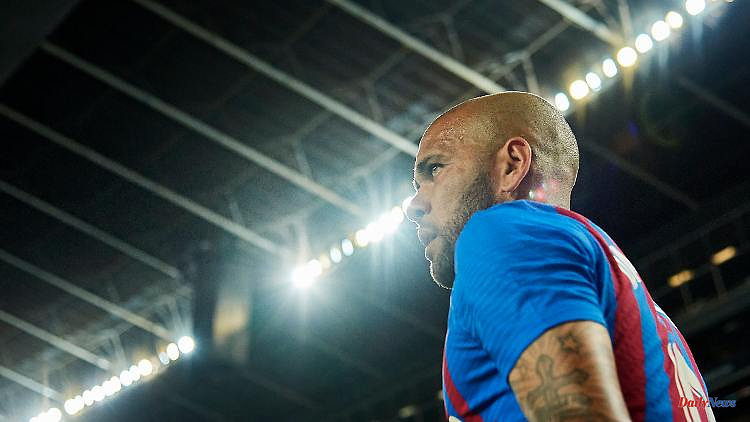 Dani Alves is a legend at FC Barcelona, ​​only superstar Lionel Messi played more often for the glorious club as a foreign player. Now the 39-year-old says goodbye to "his" club for the second time. But that probably doesn't mean the end of his career. Because there is still a big goal.

Brazilian right-back Dani Alves will no longer play for FC Barcelona. The football professional, who returned in winter, announced his farewell via Instagram. The 39-year-old has made 408 competitive appearances for the Spanish club, and of all foreign players in the club's rich history, only Argentinian superstar Lionel Messi has featured more often for the Catalans. When he said goodbye, he wanted to "thank all the employees for giving me the opportunity to come back to this club and wear this wonderful jersey again. You don't know how happy that made me."

Alves won 23 titles with FC Barcelona, ​​including the Champions League three times and six Spanish championship titles - and in his eight years at the club he wrote "a thick book full of golden stories", as he says in a statement from FC Barcelona. "It's been more than eight years that I've dedicated to this club, these colors and this home. But like everything in life, years pass, paths separate and stories are written somewhere else and at a different time."

In November 2021, Alves surprisingly returned to FC Barcelona, ​​only to accrue the minimum salary of 155,000 euros (per year) prescribed by the league for his heart club, which continues to suffer from a serious financial hit. "Alves really wanted to come and therefore accepted the minimum offer," wrote "Marca" at the time. However, the veteran would have expected strong bonus payments if he won a title. But entering the Champions League remained the greatest success during Alves' second appearance at FC Barcelona. Alves made 17 appearances on his second visit to Barcelona, ​​scoring once and providing four assists. Alves was without a club before his return, having previously had his contract with FC Sao Paulo terminated in September last year after a lack of wages.

In the summer of 2021 he led the Brazilian Olympic team to a gold medal. FIFA lists 44 official titles for Alves, which he also collected with Juventus Turin and Paris Saint-Germain during his career with FC Barcelona in Europe. This collection makes him the most successful professional soccer player in the world. However, there are still a few to come: "50! I think that would be fantastic, a historic achievement. I hope I can reach 50 before I hang up my football boots," he said in an interview with in the summer of 2021 fifa.com.

The 125-time Brazil international has not commented on his future in club football, but the end of his career seems to be out of the question: Alves, who played his first international match in 2006, last captained the Selecao twice at the beginning of June the goal of participating in the World Cup in Qatar at the end of the year. He had hoped for a six-month contract extension so that he could continue to recommend himself to his national team at FC Barcelona.

"There is a possibility that we can extend his contract for the next six months, we'll see," Barca president Joan Laporte told Catalunya Radio in May. "We will now meet Dani Alves to decide on his future." Now it seems that extending the time together would no longer make sense.

1 Quarter shortage in Qatar: World Cup makers rely on... 2 Alpes de Haute Provence. In a motorcycle accident,... 3 Super talent pushes in Formula 1: Oscar Piastri and... 4 German leads with Avalanche: NHL finals start with... 5 Immovable. French support banning thermal colander... 6 For the end of the bloody war: ex-soccer star would... 7 "Was the serf of others": Legend Hirscher... 8 Tsitsipas fails early: Kyrgios freaks out, is warned... 9 Corona shock for the DFB team: next setback for captain... 10 Gold swimmer at World Championships in Budapest: Hunted... 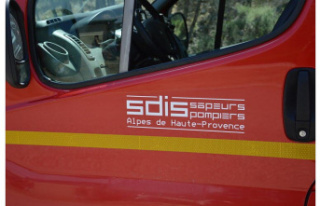