Ongoing proceedings against Griner: Russia rejects extradition of US star

Brittney Griner faces up to ten years in prison in Russia, the US basketball player is being held for drug possession. 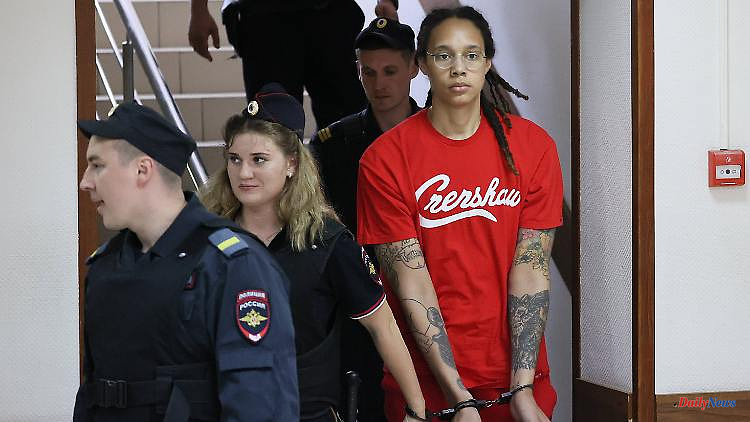 Brittney Griner faces up to ten years in prison in Russia, the US basketball player is being held for drug possession. The government in Moscow rejects attempts by the US government to exchange prisoners. Nevertheless, there would be a willingness to talk.

The Russian Foreign Ministry has rejected talks about a possible replacement of US basketball player Brittney Griner, who is being held in Moscow, as premature. "There is still a court case against Brittney Griner, until the end of which it is too early to discuss any options for her return home," Foreign Ministry spokeswoman Maria Zakharova said at a press briefing, according to the state news agency TASS.

Zakharova accused Washington of carrying out the discussion about an exchange in public in order to polish its own image. Russia is ready for a concrete dialogue, but will not allow itself to be harnessed for a campaign. "We call on the US administration not to speculate on the sensitive matter affecting the fate of specific people," Zakharova said. Instead, the US should rather "focus on the practical work through the well-established channels".

Griner has been in custody for four and a half months, which was last extended to December 20th. The Olympic champion is accused of possession of drugs. Griner is said to have had vape cartridges and hash oil with her when her luggage was checked at Moscow's Sheremetyevo Airport in February. It is said to have been 0.5 grams. Her trial began in July. If convicted, she faces up to ten years in prison.

Washington criticizes that Griner is wrongly detained. The White House recently emphasized that Griner's guilty plea had no impact on the US government's negotiations in the case. Moscow, on the other hand, rejects the accusation that the trial against Griner was politically motivated.

1 Buttocks and genital injuries: 52 people injured in... 2 State of emergency is extended: In Portugal "the... 3 One year after the flood: Hardly anything on the Ahr... 4 Police murder process: hunters were afraid of accused... 5 Ladiges cooks: Ratatouille - simple and varied 6 "My hours with Leo" in the cinema: In search... 7 Petition "against censorship": Party hit... 8 Björn Ulvaeus freshly in love: ABBA member presents... 9 Questionable Insta video: Til Schweiger upsets his... 10 Abuse Trial Hearing: Kevin Spacey Pleads Not Guilty 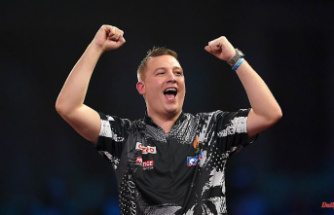 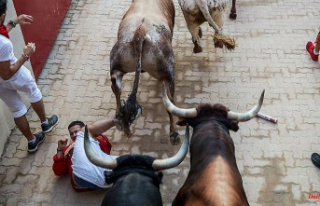