Four German defeats at the Wimbledon tennis tournament: Andrea Petkovic may be leaving the holy lawn for the last time. 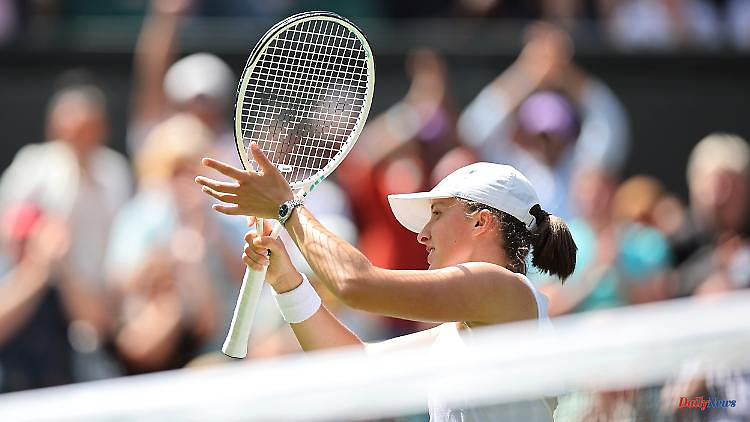 Four German defeats at the Wimbledon tennis tournament: Andrea Petkovic may be leaving the holy lawn for the last time. At least Tatjana Maria has reason to be happy, but she is not nearly as successful as Iga Swiatek. The 21-year-old Pole is currently towering over everyone.

On the day when the Corona worries returned to the tennis world, the German ranks also thinned out in Wimbledon. The virus that caught fellow favorite Matteo Berrettini was not to blame. Andrea Petkovic, Nastasja Schunk, Daniel Altmaier and Tamara Korpatsch flew out of the tournament in the usual way. At least Tatjana Maria got ahead.

For Petkovic it could have been the final appearance at the All England Club. In the last service game against the Swiss Viktorija Golubic (4: 6, 3: 6) she injured her elbow, the double start with Jule Niemeier was uncertain, as is the return next year.

"I don't walk around here and think, 'Oh, this could be my last time.' But I can already see that the end is coming," said the 34-year-old. The young generation will soon have to fix it, after all Niemeier (22) reached the second round on Monday together with Angelique Kerber (34). It wasn't quite enough for the second young German.

Nastasja Schunk, only 18 years old, junior finalist last year and successfully marching through the qualification, lost a bit annoyed by the wind against the Romanian Mihaela Buzarnescu 4: 6, 2: 6. "I thought I had a few chances, but today wasn't my best day," said Schunk: "But I can take a lot with me here." Maria (34), on the other hand, showed how important routine is on grass. After her match against Astra Sharma from Australia was interrupted the night before because of darkness, she won the decisive set 4: 6, 6: 3, 6: 4 in the continuation. Altmaier lost to Swede Mikael Ymer 3: 6, 5: 7, 5: 7, Korpatsch to Briton Heather Watson 7: 6 (9: 7), 5: 7, 2: 6. But at least the Wimbledon debutants were allowed to compete.

Series winner Iga Swiatek from Poland, on the other hand, won her opening match in Wimbledon with ease. The world number one and French Open winner needed 75 minutes for the 6: 0, 6: 3 against qualifier Jana Fett (Croatia). For Swiatek, the top favorite at the All England Club, it was the 36th consecutive win - the longest streak of this millennium. Only Serena Williams (34 wins in 2013) and Venus Williams (35/2000) had brought similar series to the court. In the 20th century, however, two others played in a league of their own: Martina Navratilova (USA) with 74 wins in 1984 even trumped Steffi Graf's 66 wins in a row in 1989/90.

Her opponent in the final from Paris had to fight for a long time to make it into the second round. Coco Gauff (18) from the USA only won after two and a half hours against Elena-Gabriela Ruse from Romania 2: 6, 6: 3, 7: 5. Gauff reached the round of 16 in Wimbledon for the first time three years ago and is considered the secret favorite for the title in London. Swiatek (21) had foregone a preparatory tournament in order to recover after exhausting months with tournament victories in Doha, Indian Wells, Miami, Stuttgart, Rome and Paris. In 2018, she won the juniors' tournament at the classic lawn in London's southwest, and Swiatek's best result so far is the round of 16 in 2021.

After the cancellation of the 2020 tournament and the pandemic edition last year, the organizers had returned to normal. With 42,000 visitors a day, the facility in south-west London is once again operating at full capacity. Hardly anyone wears masks, tests are no longer necessary. Normality has been back since the French Open, said Petkovic, but so are the worries. She herself had been infected in Paris and had been absent for a few days. "If I had something to say, I would reintroduce the mask requirement in closed rooms," said Petkovic. 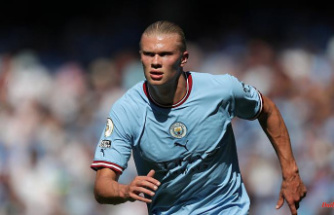 Clear victory, back to zero: City breaks down favorite opponents even without a Haaland hit
BREAKING NEWS 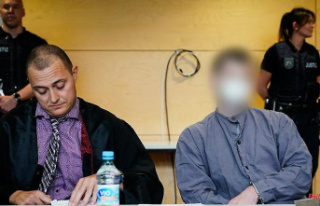