Out in the semifinals against Nadal: injury drama stops Zverev at the French Open

A twist is enough, Alexander Zverev has to give up injured at the French Open. 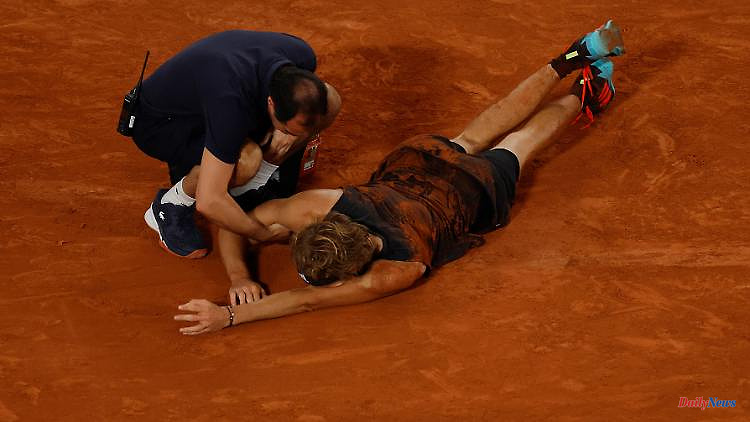 A twist is enough, Alexander Zverev has to give up injured at the French Open. He loses the semifinals against Rafael Nadal. Towards the end of the second set, after three hours of play, the tennis Olympic champion is out.

Olympic champion Alexander Zverev dramatically missed the final at the French Open. The 25-year-old world number three from Hamburg had to give up in the semifinals on Friday against the Spanish Grand Slam record champion Rafael Nadal with a score of 6: 7 (8:10), 6: 6 after he twisted his ankle in an extremely painful manner. Zverev was wheeled off the pitch in a wheelchair and said goodbye on crutches.

Zverev, who also reached the semi-finals in Paris last year, is still waiting for the second final of his career in a major tournament. So far he has only managed to do this at the US Open 2020, where he narrowly missed the title.

Record winner Nadal, on the other hand, is aiming for his 14th title in Roland Garros. In the final on Sunday (3 p.m. Eurosport) he will meet Norwegian Casper Ruud or Marin Cilic from Croatia as favorites.

1 Two Reuters journalists were slightly injured in Ukraine.... 2 With a gradual oil embargo, the EU is tightening its... 3 Bavaria: Senior hit by truck with a walker: fatally... 4 Transportation. Why there shouldn't have been... 5 Only five copies: Zagato is back with Mostro Barchetta 6 Six experts on six questions: after 100 days of war:... 7 Housing could become even more expensive: compulsory... 8 Live. Pentecost weekend: A Friday that is red at the... 9 Mecklenburg-Western Pomerania: Assistant teachers... 10 Tennis. Images of Alexander Zverev's fall, which... 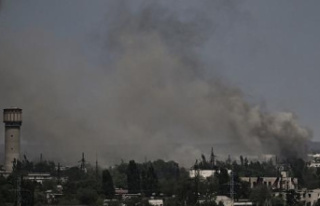