Out of nowhere into the playoffs?: Green Bay Packers storm into 'survival game'

The Green Bay Packers are poised to cap their impressive resurgence in the NFL by making the playoffs. 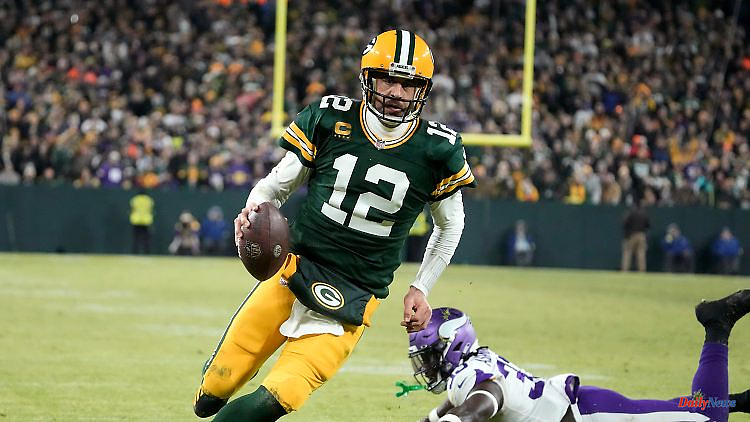 The Green Bay Packers are poised to cap their impressive resurgence in the NFL by making the playoffs. The final showdown with the Detroit Lions will take place on the coming matchday - the season is over for the loser of this duel.

What a furious final sprint: The Green Bay Packers around star quarterback Aaron Rodgers are only one win away from entering the NFL playoffs. The Packers dominated the Minnesota Vikings 41:17 (27:3) and scored their eighth win in the 16th game of the season, the fourth in a row. With a win on the last day of the main round against the Detroit Lions with the German-American professional Amon-Ra St. Brown, the Packers are in the final round.

At the end of the second quarter, Rodgers threw a touchdown pass to Robert Tonyan for a 24:3 lead, in the middle of the final section the 39-year-old quarterback ran into the end zone himself and was emotional after the game: "It wasn't always my best football, but I was challenged to lead the way and be someone the boys could count on, even though it seems like we're not about anything anymore." In fact, the team's playoff chances were still estimated at three percent a few weeks ago.

At the beginning of this spectacular game against the Vikings, however, other Packers players initially provided the highlights: Keisean Nixon covered an outstanding 105 yards after a kickoff in Minnesota and provided the Packers' first touchdown, Darnell Savage ran for 75 yards a little later after an intercepted pass into the opponent's end zone.

Green Bay and Detroit will fight for the last NFL playoff ticket in a do-or-die game next weekend. The Seattle Seahawks still have chances. The Lions also clearly beat the Chicago Bears 41-10 (24-10). With this, Amon-Ra St. Brown won the duel with his brother Equanimeous. The Bears had no chance of reaching the finals before the game.

1 Smachnoho!: Anastasia is cooking for 2023 2 Condition "critical but stable": "Avengers"... 3 RTL announces candidates: These celebrities dance... 4 Work on vaccination against cancer: when the Biontech... 5 Quiet Firing: Slowing down on the job 6 Reusable packaging for gastronomy: what does that... 7 Baden-Württemberg: Ongoing strikes lead to train... 8 Bavaria: pedestrian is run over: seriously injured 9 Saxony: vacant estate in Eilenburg set on fire 10 Mecklenburg-Western Pomerania: police attack: drunken... 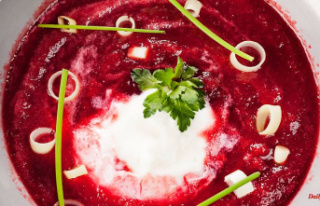 Smachnoho!: Anastasia is cooking for 2023