Paderborn can only score: HSV trembles unnecessarily, 96 goes under in the spectacle

On the 3rd matchday of the 2nd Bundesliga, Hamburger SV successfully defied their own usury of chances and oriented themselves towards the top of the table. 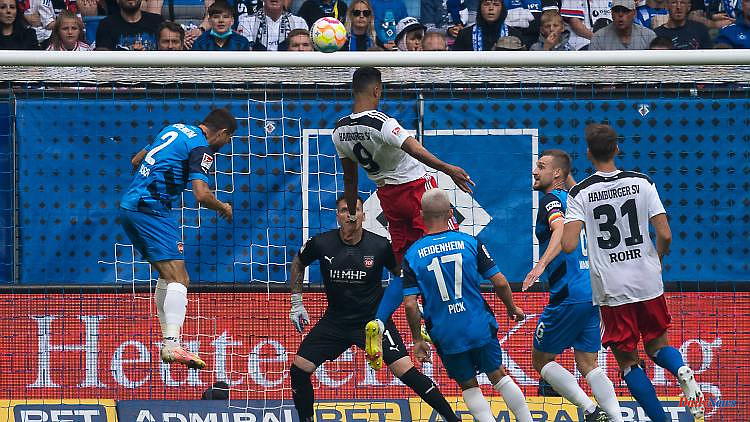 On the 3rd matchday of the 2nd Bundesliga, Hamburger SV successfully defied their own usury of chances and oriented themselves towards the top of the table. The ambitious Hannover 96, on the other hand, experienced a bitter day with a rough bankruptcy and strange goals conceded.

Promotion favorite Hamburger SV celebrated their first home win of the season in the 2nd Bundesliga. The North Germans defeated 1. FC Heidenheim 1-0 (1-0) in the Volksparkstadion and initially moved up to fourth place. After two wins in the opening game, it was the first defeat and the first goal conceded in the game for the Ostwuerttembergers. Ex-Heidenheim striker Robert Glatzel scored his third goal of the season (42nd minute) for the hosts in front of 43,094 spectators.

After the home defeat against FC Hansa Rostock two weeks earlier, the Hamburgers were more cautious in building up the game in order to offer the guests, who attacked early, few counterattack opportunities. The Heidenheimer benefited from their well-organized defense for a long time, but remained too harmless in attack. Daniel Heuer Fernandes thwarted their only chance to score in the first half. The HSV goalkeeper, who has been strong for weeks, was on the spot after a header from Patrick Mainka with a remarkable save (10th). After the change of sides, the guests became braver. Coach Frank Schmidt's team moved up to get closer to the HSV penalty area. With the substitution of Kevin Sessa, the 1. FCH offensive became more dangerous. Although the guests collected plenty of corners, there were few good chances.

Whenever more speed came into play, it became more dangerous. Ultimately, the success of the hosts was deserved because coach Tim Walter's team not only got more out of the game, but also invested more in the offensive. Glatzel alone could have scored four goals in the first half.

1. FC Nürnberg took the first points from the top starters from SSV Jahn Regensburg. Despite early bad luck with injuries, the Franconians fought for a goalless draw with the still undefeated Oberpfälzer. In what was at times a heated duel in the stadium, which was sold out with 15,210 spectators, the Regensburg team again kept a clean sheet and were at the top of the table for the time being. The “Club” is in midfield after the third matchday.

Nuremberg coach Robert Klauß had to do without captain Christopher Schindler due to a muscle injury, and new signing James Lawrence made his starting XI debut for him. Mats Möller Daehli was also injured during the warm-up and dropped out for a short time. The bad luck in Nuremberg even continued: Shortly after the kick-off, Tim Handwerker had to be substituted prematurely with his left knee heavily bandaged and supported by two coaches. Nuremberg put on constant pressure at the beginning and also had the first chances. The Regensburgers made many bad passes and were only able to free themselves after a good 20 minutes. Andreas Albers (26') had their best opportunity, shooting goalkeeper Christian Mathenia free-standing from just a few yards out. Chances after the change were scarce.

The defensive ranks were tight, patience was required. Albers (81') almost made the decision late in the game, which was repeatedly interrupted by tactical fouls.

Hannover 96 has to wait for the first win of the season. On Saturday, coach Stefan Leitl's team lost 4-2 (2-1) at SC Paderborn despite being in the lead twice. The guests took the lead twice through Harvard Nielsen (12th minute) and Cedric Teuchert (36th), but had to accept the equalizer twice through an own goal by Luka Krajnc (28th) and a goal by Marvin Pieringer (52nd). . Finally, SC captain Ron Schallenberg (60th) and Felix Platte (89th) turned the game in favor of the hosts.

In a fast-paced game, both teams boldly played forward over 90 minutes and had numerous chances to score. Hannover goalkeeper Ron-Robert Zieler was also able to distinguish himself several times, as was Jannik Huth on the other side. However, both sides also benefited from their opponents' mistakes when they scored. Hannover could not maintain a lead twice, but also had bad luck with numerous post and crossbar hits. The Paderborn team acted more effectively, especially in the closing stages. The win almost went even better, but Sirlord Conteh's goal was disallowed for foul play after video evidence (55'). Former Bundesliga side Paderborn celebrated their first win of the season with a 5-0 win against Karlsruher SC at the start of the season.

1 After a long legal battle: terminally ill Archie is... 2 Drama in the Seine: beluga whale refuses food 3 Sexual disorder vaginismus: "Most women are completely... 4 Alternative to the 9-euro ticket: e-scooters are cheaper... 5 Bavaria: Actor Sebastian Bezzel is critical of capitalism 6 Baden-Württemberg: Glatzel annoys ex-club Heidenheim... 7 Baden-Württemberg: Five injured in a fire in a family... 8 Mecklenburg-Western Pomerania: Prime Minister appreciates... 9 Mecklenburg-Western Pomerania: drivers with 2.6 per... 10 Saxony-Anhalt: Zoo night in Halle: a guest in the... 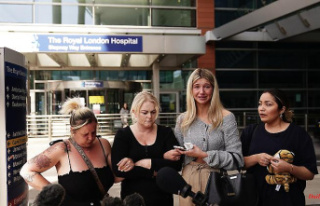 After a long legal battle: terminally ill Archie is...