Painless protest fails: the frustrating fear of the big DFB

The DFB leans far out of the window, gathers behind human rights and announces: Our protest is even worth money to us. 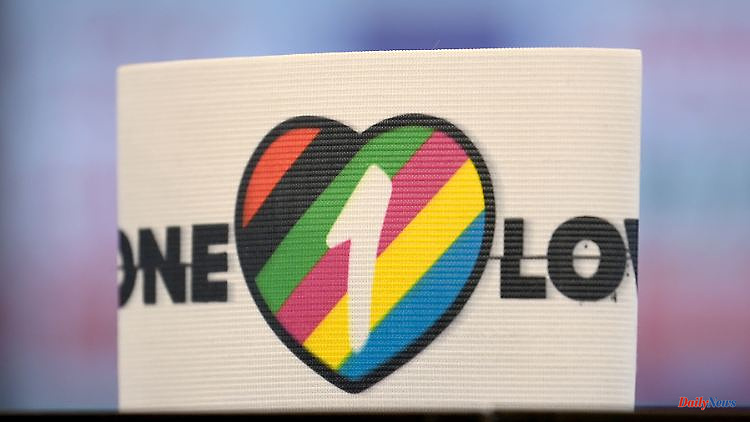 The DFB leans far out of the window, gathers behind human rights and announces: Our protest is even worth money to us. But just a few hours before the worst comes to the worst, everything collapses: FIFA bans the "One Love" captain's armband and the DFB is outraged.

Of course, the first impulse is trouble: the DFB gives in to FIFA, captain Manuel Neuer will not wear the "One Love" armband at the German World Cup opener on Wednesday as a visible sign that the German national team is serious about it tolerance and inclusion. In the run-up to the controversial World Cup in Qatar, the association had leaned out the window and announced visible actions. The team posed at home as a living string of letters: "Human Rights" was carried in front of them. President Bernd Neuendorf had announced on Friday: "Personally, I would be willing to accept a fine." And now: The kowtow before the all-powerful association.

A few hours after the news, an attempt was made to moderate the debacle: According to Neuendorf at a hastily convened media event, FIFA had sent "clear threats" that "must be taken very seriously". A sawed-off horse's head as a mafia-like indication that the association is serious? Nothing seems impossible these days. But the threats that made the DFB, the largest sports association in the world, docile from the country with one of the largest sports markets in the world, remained nebulous: "We have no concrete evidence of what the sanctions could look like. That's also very strange. " DFB board member Oliver Bierhoff assured me slightly pathetically: "You can take our bandages, but our values ​​will remain."

FIFA, of course, is a rogue state in terms of sports politics, the autocrat Gianni Infantino oscillates in his actions between ridiculous and shocking. The request to be allowed to wear the bandage was sent to FIFA in September - an answer was only received a few hours before the English game against Iran. In the meantime, the piece of material had been seen at numerous games around the world, most recently at the DFB-Elf friendly in Oman last week. unobjected. Now the fabric statement has been banned.

A transparent maneuver by FIFA, which runs the tournament in the interests of the sponsoring hosts. "There's a lot of irritation there, it feels like censorship," said Neuendorf, "FIFA's behavior is frustrating for us." Yes, it's a scandal. Not surprising, but still outrageous. Neuendorf is right when he says: "Today is another low blow for us." And yes, the DFB could have almost managed to project the anger about the "One Love" fiasco onto FIFA alone with its classification. "Look, they threatened us! What was left for us? We wanted to, but..."

But it was bad luck for the DFB that a few minutes later Iran started the World Cup against England. The English were also part of the "One Love" movement, and captain Harry Kane also wanted to lead his team onto the field with the colorful bandage. The English also withdrew. But the Iranians pulled through. Eleven players took the field, side by side, in perhaps the biggest game of their careers. When their hymn was sung, they were silent. Now they're going to get in trouble for that. In her home country, the regime has been bloodily suppressing protests for months. According to human rights organizations, more than 360 people have died on the country's streets and in prisons.

For weeks, Iran has been rocked by the worst protests in decades. The death of a young woman in police custody had triggered this, and the security apparatus reacted with harshness. There is no doubt how the incident in Qatar was received in the home country of the players: State television interrupted the live broadcast of the game in view of the athletes' silent statements. The players could now face consequences. There had been speculation in Iran that they might be banned if they remained silent at the anthem.

What can happen to Iran's players, on the other hand, is clear: "There are no limits. Family members are put under pressure or threatened with the confiscation of property. Of course, athletes' careers are also threatened, including criminal sanctions," he said Political scientist Ali Fathollah-Nejad recently. The political leadership is aware of the importance of athletes within Iranian society - and uses every means possible to suppress critical voices. This was also felt by climber Elnas Rekabi, who took off her obligatory headscarf in a competition. Celebrated like a national hero, she apologized a short time later - apparently after massive intimidation.

Bernd Neuendorf and Oliver Bierhoff agreed that "FIFA's behavior is of course frustrating, this escalation also means that it's no longer about sport." FIFA and President Gianni Infantino had been punished by banning him from supporting re-election: "That was a clear signal to FIFA that we are not prepared to support certain things that come from FIFA," said Neuendorf. Alone: ​​It is a symbolic sign that the Swiss will be elected to his third term without opposition anyway.

Now would have been the moment to visibly scratch FIFA's boundless authority. In the sign of non-negotiable principles. Now FIFA could have been shown on the big stage. Or at least be able to force them to tremble for their own billion-dollar product. Only the courageous Iranians have to worry now. You are threatened with more than a yellow card.

1 Iranians show it to the DFB: With courage and the... 2 No chance without Mané: Netherlands end Senegal's... 3 Wales puzzles over Gareth Bale: The final show of... 4 "I lack nothing": A dropout lives in the... 5 Theatrical release planned for July: Ryan Gosling... 6 Portable power station tested: Ecoflow River 2 Pro... 7 Inexpensive mold protection: Better ventilation with... 8 North Rhine-Westphalia: Kraftklub cancel concerts... 9 Bavaria: "That's what Bavaria sounds like":... 10 Saxony-Anhalt: Another success for ex-director: but... 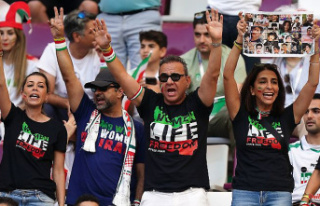 Iranians show it to the DFB: With courage and the...