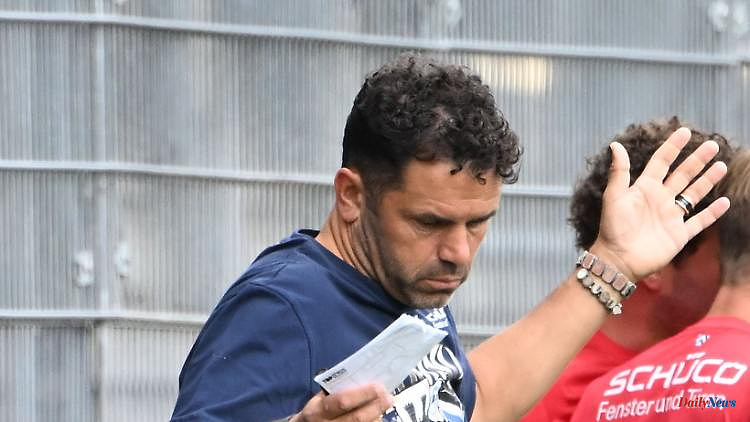 FC St. Pauli set an exclamation mark at the start of the 2nd Bundesliga and won 3:2 (3:0) against 1. FC Nürnberg in the top game of the day. Hamburg laid the foundation for this victory within just 15 minutes in the first half. Both teams started the season with promotion ambitions, but the hosts got off to a much better start and were already clearly leading at half-time.

28,582 spectators in the almost sold-out Millerntor Stadium saw a balanced early phase. After a free kick by captain Lear Paqarada, Jackson Irvine headed the lead for St. Pauli (24'), Paqarada's penalty kick (37') and only 133 seconds later Lukas Daschner (39') increased the lead at the break. Nuremberg then came fresher out of the cabin and promptly to 1:3. Kwadwo Duah, offensive newcomer from FC St. Gallen, scored in his second division debut shortly after the break (47th). Enrico Valentini (90.2) managed to score the next goal for the Franks. However, it was not enough for Nuremberg to do more than shorten the result.

Arminia Bielefeld made a classic false start to the new season 63 days after relegation. The team of the new coach Uli Forte lost 1: 2 (0: 1) at SV Sandhausen and suffered a first setback on their mission to get promoted again. SVS new signing David Kinsombi (11th/63rd) scored twice in front of 4000 spectators, the newly formed Arminia only came to equalize temporarily through Masaya Okugawa (59th). To make matters worse, debutant Forte had to go to the stands after a red card (45th). The coach had thrown the ball back onto the field just as Sandhausen was about to speed up the game with a throw-in with another ball. A little later defender Silvan Sidler saw yellow-red (47th).

Relegated SpVgg Greuther Fürth showed good resilience on the first matchday. The cloverleaf got a 2:2 (0:1) against Holstein Kiel after falling behind, but missed the possible victory. Timo Becker (29th) put the North Germans in the lead, but Julian Green (48th) managed to equalize. Timothy Tillman (76th) even gave the hosts the lead, but Alexander Mühling (81st, penalty kick) secured a point for the North Germans in the end. The Fürth got off to a better start. They had their first opportunity to take the lead in the eighth minute. Timothy Tillmann served Armindo Sieb, but Kiel's goalkeeper Thomas Dähne was able to parry. Dähne had to use all his skills again in the 42nd minute to prevent the equaliser. The keeper just deflected Green's shot past the goal.

The storks from Kiel used the first chance of the game to take the lead. Fürth subsequently had problems regaining control of the game. The quick equalizer at the beginning of the second half seemed like a liberation for the cloverleaf. Substitute ex-Frankfurter Ragnar Ache (56th) even had the 2-1 on his feet for Fürth, but just missed the goal.

A lightning goal by Joshua Mees after 17.4 seconds of play paved the way for Jahn Regensburg's 2-0 (1-0) win over Darmstadt 98. Prince Osei Owusu played the ball to the right winger position, and Mees converted Nicklas Shipnoski's cross then detached. Andreas Albers (67th) finally set the course for victory with the 2-0 win. Darmstadt's Patric Pfeiffer saw the yellow-red card in the 37th minute for repeated foul play. Another slap in the face for the guests. The lilies had trouble recovering from the rapid deficit. In the period that followed, the hosts kept the pressure on, and the Hessians only had their first chance in the game after almost half an hour.

1 The team raves about themselves: Lautern reports back... 2 Gressel leaves the Rooney club: MLS star is surprised... 3 Lewandowski gone – and now ?: Is Ronaldo coming... 4 'Don't say as accused': Platini made... 5 Transfer market to despair: Bundesliga bosses are... 6 Lewandowski change probably perfect: Barça finally... 7 2. Bundesliga check: is HSV breaking up due to desperation... 8 Przybylko trembles at World Cup: Google celebrates... 9 Finland's bitter accusation: tyrant on the sidelines... 10 From the Faber-Castell box: The ugliest jersey in... 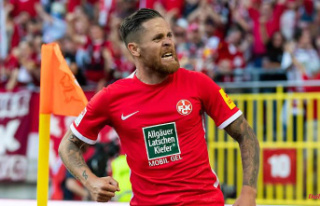 The team raves about themselves: Lautern reports back...