Performance test instead of strike: Superstar Robert Lewandowski shows up for work

It's been the theme for the last few weeks. 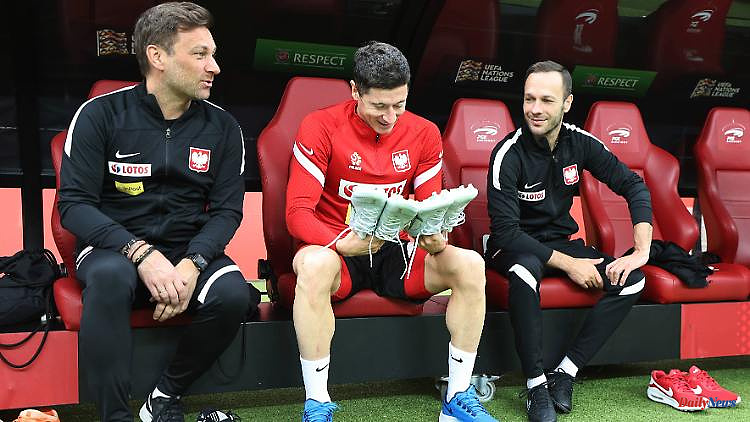 It's been the theme for the last few weeks. Will Robert Lewandowski appear on July 12, 2022 for a medical check and performance test at FC Bayern Munich or will the star striker who is willing to change go on strike? On the day of truth things happen very quickly. He drives up on time in his green Bentley.

Robert Lewandowski showed up for work. The FC Bayern Munich striker, who has been plagued by wanderlust for some time, turned up for a mandatory medical check before resuming training after his vacation of several weeks. The 33-year-old then completed a performance test. There had been a lot of discussion in the last few days as to whether he would even resume his service with the record champions or whether he would rather go on strike.

For the time being, Lewandowski has decided to deal professionally with his own transfer crisis. With plenty of media noise, he appeared in the morning at the Barmherzige Brüder hospital in Munich. Videos on social media first showed him arriving at the hospital and then leaving in his green Bentley convertible. Lewandowski had only returned from his vacation on various Mediterranean islands the day before and had been quoted by the "Bild" newspaper as "I'm fine".

He also wore "casual summer trousers in turquoise", as the tabloid reported. For the time being, his family stayed on the holiday island of Mallorca, where Lewandowski has owned a property for a long time. Before leaving on a private jet, he had posted a few farewell pictures with his wife and two daughters on Instagram.

Lewandowski was not only noticed during his vacation through his activities on social media, but primarily through his interest in moving to FC Barcelona. The Catalan giants want to sign the captain of the Polish national team this summer, but recently failed again and again due to the "Basta" of the Bayern club management around CEO Oliver Kahn and sports director Hasan Salihamidžić.

"My story at Bayern is over. I can't imagine another good partnership," Lewandowski announced before he left for vacation and he is said not to have given up hope of moving to Barcelona. As Spanish transfer experts announced late Monday, Lionel Messi's former club plans to send another, possibly final, offer of 50 million euros to Bayern in the near future. Exactly the amount at which the record champions are said to be able to start negotiations.

An agreement must be reached in the next few days to avoid further embarrassing situations for everyone involved in the transfer saga. The Poles have their first team training session on Wednesday and Bayern's season opener in the Allianz Arena on Saturday. There Lewandowski would have to present himself to the fans for the first time. Shortly thereafter, the Munich-based company embarks on a week-long tour of the USA. At the same time, FC Barcelona is also on a preparatory trip through the country of the World Cup hosts in 2026 and hopes to be able to present the world footballer to the countless fans in Miami, Las Vegas, Dallas and New York.

1 Lewandowski protected: Matthäus attacks the double... 2 Does ex-F1 world champion have to be in prison ?:... 3 Constitutional complaint is successful: Pechstein... 4 "Hope dies last": Djokovic who refuses to... 5 Living under a false identity: Running icon Sir Mo... 6 In Moscow custody for months: negotiator is the last... 7 Talks with Serie A club: Salihamidžić confirms interest... 8 Norway without a chance: England's women with... 9 In a mountain jersey in the high mountains: tour senior... 10 DFB sentences Dynamo three times: Own fans cost Dresden... 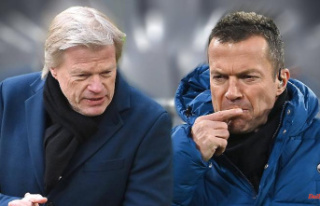