The death of the British eventing horse Allstar B in Aachen restarted the eternal debate about the pros and cons of riding. 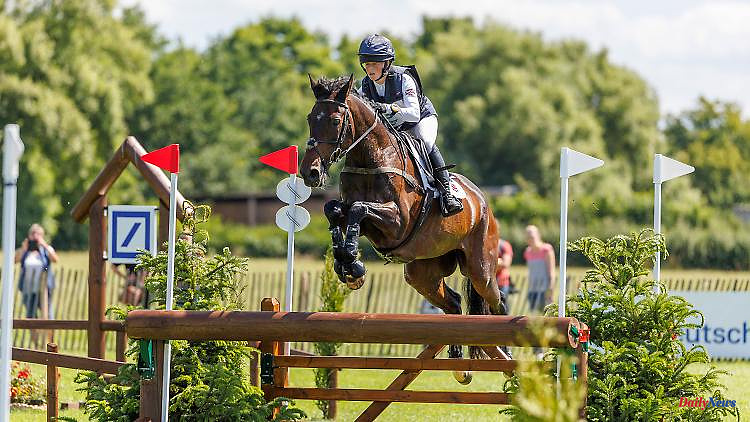 The death of the British eventing horse Allstar B in Aachen restarted the eternal debate about the pros and cons of riding. The animal rights organization PETA is demanding immediate serious consequences from the federal government after the CHIO drama.

After the death of the British eventing horse Allstar B at the CHIO in Aachen on Saturday afternoon, the animal rights organization PETA is once again loud and with drastic demands for the abolition of equestrian sports. "As a first step, we call on the federal government to ban high-performance tournaments in all equestrian disciplines," said a statement published on Sunday.

Horses are repeatedly "ridden to death in eventing tournaments and other disciplines because the riders see them as mere sports equipment that can be replaced". All expressions of grief from those responsible for Allstar B were "nothing but hypocrisy. If they really felt something for their horses, they would not force them week after week using painful aids over breakneck courses and expose them to considerable risks."

"There are no words for the love and respect I feel for Alby," said rider Rosalind Canter in a statement from the CHIO organizer. "He played a huge role in building my career and will be missed by many." The 36-year-old had become a double world champion in 2018 in Tryon with Allstar B. The images of the tragedy were terrible. Allstar B stood on three legs next to the obstacle, the stallion no longer touched down the left front leg. Numerous helpers and his completely shocked rider scurried around him. A white screen is put up in a hurry, the horse is then carefully led into a transporter and taken to an Aachen veterinary clinic. These are the last pictures of Allstar B.

"The horse must have made an extreme turning movement," said the head of the clinic, Friedrich Hanbücken, to the "Süddeutsche Zeitung". There was an open fracture in the crown joint directly above the hoof. The damage was irreparable, the horse could no longer be allowed to live pain-free. The vets recommended euthanasia, and the owners followed the advice. However, the accident was not typical of eventing, national coach Peter Thomsen told the sports information service: "The horse must have run past the obstacle and twisted his leg." That could happen anywhere: "On the pasture, at a free gallop, in the stable lane, when loading, when riding as a hobby."

Nevertheless, the death of one of the world's best eventing horses has rekindled the discussion about the eternal pros and cons in equestrian sport. At obstacle 16 d, a narrow Buschoxer on a small hill, the stallion had chosen the way past, but it did not jump. "When people or animals move, whether fast or slow, something can theoretically always happen," said Thomsen: "It is of course tragic and very sad that the horse could not be saved in this case."

Even before the incident, there had been a few tricky moments during the final lap of the cross-country ride in the large Soers equestrian stadium. Swiss rider Felix Vogg had a spectacular fall with his mare Cartania, rider and horse were uninjured. And on the last deep jump before the water, Julia Krajewski's Olympic gold horse Amande de B'Neville wobbled alarmingly when landing. Versatility has already made many efforts to minimize the risk as much as possible. Deformable obstacles, the so-called MIM system, were a big step, said Thomsen: "But nobody can prevent an accident like this, neither human nor animal, neither in sport nor in everyday life."

There was also excitement on Saturday about an injury to Isabell Wert's horse Quantaz. There was blood on the mouth of her twelve-year-old stallion. According to the rules, Werth had to stop her ride and was disqualified. The cause was harmless but had serious consequences: Quantaz bit his tongue, Werth said. "Shit happens. If you haven't experienced everything, you haven't been there long enough. Now I've had this experience," said the 52-year-old from Rheinberg. "It was the first time and hopefully the last time." 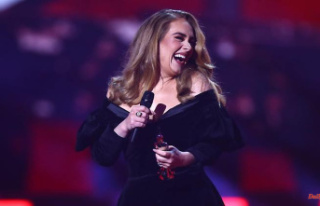