"Planet Eater" from Balingen: Why the German MMA heart beats in the Ländle 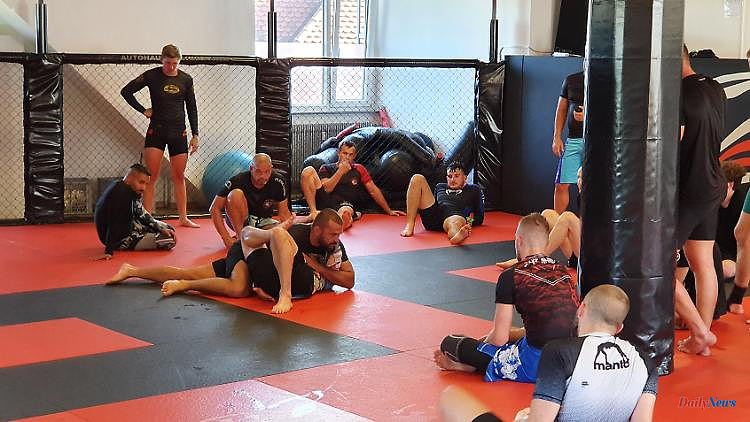 Elite sport is often concentrated in large cities and metropolitan areas. It's no different in the mixed martial arts field, with one successful exception. A part of the German martial arts elite is based in the 34,000-inhabitant town of Balingen - and for several reasons.

Where blood, sweat and tears flow, you should take a closer look. Anyone who now suspects the new "crime scene" is wrong. Blood, sweat and tears are integral parts of the increasingly popular sport of mixed martial arts (MMA). MMA is still in a niche in the football-mad Federal Republic. So it's almost symbolic that part of the German martial arts elite operates out of a small town in order to promote the sport out of this very niche. MMA power is concentrated in Peter Sobotta's Planet Eater Gym in Balingen, Baden-Württemberg.

It is not normal that a heart chamber of MMA sports beats in the town of 34,000 inhabitants southwest of Stuttgart, far away from metropolises like Berlin, Frankfurt or Düsseldorf, which otherwise set the pulse in this sport. MMA veteran Sobotta made it to the Ultimate Fighting Championship (UFC) - the absolute elite league of the sport - and is now passing on his knowledge to the next generation. There are several reasons why so many good MMA fighters now have their sporting home with him.

The name of the martial arts school already promises great things. "Planet Eater", "Planetenfresser", with a logo on which a muscular athlete wants to devour the globe. "A fantasy name," as Sobotta notes. "I'm 35 years old now and wouldn't call my gym that today, but when I was 22 and we founded it with friends, I thought it was cool. We looked for pompous names, based on the motto: If we do something , then also with an announcement." And the announcement has now become a constant in the German MMA scene. The team of professional fighters is a mixture of regional talents and fighters who come from all over Germany or abroad.

Some of the young men and women make a conscious decision to go to the Swabian provinces in order to advance their careers. In economic geography one would speak of "brain gain", i.e. the targeted migration of qualified specialists to a specific region. In a way, that translates to the entire sport of mixed martial arts. Especially at the highest level, many European fighters are drawn to the USA, where the quality and density of training partners is the highest. But the best gyms are also there - whether on the east or west coast - in metropolitan regions and large cities. A movement towards rural areas - that is unusual.

Emilio Quissua moved his entire life from Magdeburg to Swabia. The former kickboxer always wanted to be a professional athlete, after several training visits in Balingen "I packed my girlfriend and I'm down here". The decision was not easy for him, but the dream is in the foreground: one day fighting in the UFC. And the 25-year-old does not have this idea exclusively. "There are many others here in the gym who have the same goal and that's extremely pushing. I haven't experienced that in other gyms - this energy that's here on the mat," says Quissua.

The training-intensive time ensures cohesion. "It's much more familiar here," emphasizes featherweight fighter Arijan Topallaj in Swabian dialect. A few years ago, the trained plasterer decided to focus everything on MMA. A sporting career after vocational training is one way, but there is another way. Mert Özyildirim has completed his studies in fitness economics alongside his athletic career, and he is now NFC featherweight champion. The 27-year-old leads several training sessions and can better understand the family relationship between coaches and fighters. "This is a huge boost to sporting development," says Özyildirim. "I would like to quote former MMA fighter Dean Lister: I do hard sparring with two types of people where I can give everything: with my closest friends or worst enemies. The friends forgive and the enemies don't care. Everything , what's in between, you don't feel so comfortable."

And the professionals train twice a day. With a few exceptions, such as in Frankfurt or Berlin, this does not exist in Germany, stresses Özyildirim. In the gym on the outskirts of Balingen, the athletes enjoy a kind of all-round care. Many spend the whole day there, some even live in the gym from time to time - there are several rooms available for this. In addition to Sobotta, there are also specialized wrestling and boxing trainers and a physiotherapist. Two MMA-specific training areas with and without a cage, one area for strength training, one for endurance training, a boxing ring, a sauna and a massage area.

Sobotta trains 17 professionals in his gym. In Germany, being a professional means fighting under professional conditions, but usually not being able to live off the wages. Many of the Balingen fighters are also trainers, teaching recreational athletes Brazilian Jiu-Jitsu (BJJ), boxing and Muay Thai. From small to large, everything is included. The Planet Eater has around 500 paying members. "It doesn't work without them. They finance the party here," says Sobotta. Normally, the gym would earn from the fees of its fighters, usually 10 percent per fight. At Sobotta, this rule only applies from a premium of 10,000 euros and "so far, very few have come up with it," says the BJJ-Schwarzgut.

The 35-year-old not only acts as a coach for the fighters and head of the gym. He is both a manager and an intermediary, a kind of hostel father: If you have a problem, 'go to Peter'. During the interview in his office, there's a knock on the door almost every minute: It's about blood tests, contracts or plans to gain weight. Sobotta briefly apologizes: "It's particularly stressful a week before the fight," only to admit shortly afterwards, "but it's actually always like that." With "NFC Balingen" (June 18/Sport1) there is a major MMA event in the city. A home game where six Planet Eater fighters climb into the cage in front of thousands of spectators.

For the former UFC fighter and his team, the event in front of around 2,400 spectators in the Sparkassen Arena is the norm, for the city of Balingen it is an exception. Although HBW Balingen, who have been relegated to the Handball Bundesliga, is otherwise chasing goals in the same hall in front of a similar backdrop, the logistics of the MMA event still exceed the city's possibilities. The organizer NFC always creates a small organizational bubble for its events and tries to accommodate its employees, all fighters and their supervisors in a hotel. This is not possible in Balingen, the largest hotel has 60 beds. Instead, those involved in the event will be accommodated in Stuttgart. It's still a home game for the guys from Planet Eater, a shuttle takes them to the hall on fight day.

As in many rural regions, little is possible in Balingen without a car. There are train connections and buses, the timing leaves something to be desired. Another infrastructural problem actually hits the Planet Eater athletes harder. Namely whenever in the gym instead of sweat and tears, the blood really flows - or worse. Minor injuries such as bruises or cuts occur almost every week, explains Sobotta. The medical care provided by the municipal hospital in Balingen is sufficient for this, but there is a lack of specialists for more serious illnesses or injuries. "Which German specialist comes to this country," complains Sobotta. The proximity to Switzerland and the good earning potential in the neighboring country would also ensure that more and more doctors would emigrate. When his athletes need special treatment, they usually go straight to the university clinic in Tübingen - that's a good hour away from Balingen.

The region's provincial touch also has advantages. The rents are still reasonably affordable and the focus is fully on sporting development, because "there are few distractions here in Balingen," explains Özyildirim, who comes from the region. "There's no party here. There's a club, if you've been there two or three times, that's enough. There's a lot of nature and freedom for your head here."

Freedom is an important issue, because head coach Sobotta gives his fighters room to develop, especially in the week before a fight. "The preparation for the opponent is then already complete. In the last few days before the fight, it's all about recharging your batteries. As far as training is concerned, everyone decides for themselves how intensively and in which area they work," explained the 35-year-old. This form of self-responsibility is important for the development and part of his gym philosophy, "after all, every fighter has to see himself as his own company - in terms of sport and character." A company generates its own growth. As a trainer, he can invest, the fighter has to make the decisions - and live with the consequences.

Accordingly, the path to the highest MMA spheres such as the UFC cannot be planned through. Instead, Sobotta wants to carefully build up his fighters. But he is extremely optimistic about the future: "In the next five to ten years we will see significantly more fighters from Germany in the top international organizations." 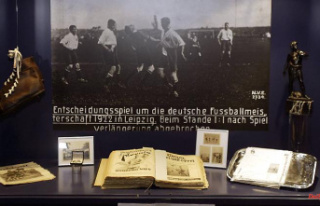 Wacky finals without a winner: The most incredible...