There are doubts that the World Cup in Qatar will be a football festival for the fans. 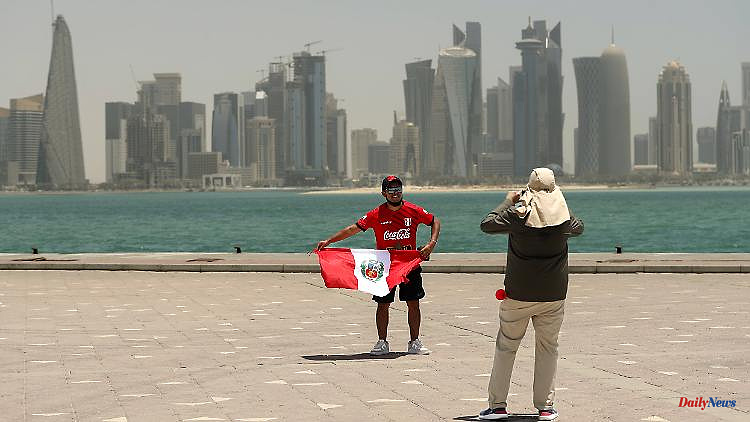 There are doubts that the World Cup in Qatar will be a football festival for the fans. The playoffs offer a foretaste of Australia's ticket to the World Cup. The explanation why the tournament takes place in November is obvious. This problem is bypassed - many others remain.

The sun burns mercilessly. At 11 a.m., when the first group games were about to kick off, the thermometer reads over 40 degrees Celsius. Waiting for a taxi outside - strongly discouraged. In the meantime, leave the stadium for a moment - employees in the covered caddy rush past, ask you to come back in and even offer you a ride. So, into the stadium, into the air-conditioned arenas of this highly controversial soccer World Cup in Qatar.

Anyone who has still wondered why this World Cup is being kicked off in late autumn instead of in summer will get the final answers in the intercontinental playoffs for the last two World Cup places. Peruvian fans who had traveled there especially turned a cool shopping mall into a party place before the bitter penalty shoot-out against Australia. Scenes like at other World Cups, like at the summer fairy tale in Germany in 2006, with celebrating fans in large open spaces - unimaginable. At least in the summer, when football World Cups have usually kicked off since 1930.

If people move on the streets during the day, then only in cooled down cars. "The conditions outside are extremely challenging," says New Zealand coach Danny Hay. In the stadium, however, the temperatures are very pleasant. "It's a completely different experience," said fellow Australian Graham Arnold. In June and July the average temperature is around 35 degrees. In November and December, when the World Cup ball will roll in Qatar, things will look different with around 20 degrees.

Meeting up for a quick cool beer in the stadium is difficult even then. Alcohol is not part of the culture. Cheerful soccer evenings are foreign to Qatar - but hospitality is not, emphasize the organizers.

That's why beer should also be made accessible, according to the plan. At more moderate prices than usual and only in certain places. "Drunk and the consumption of alcohol in public are prohibited, as is the import of alcohol into Qatar," says the website of the German Foreign Office.

One of the main sponsors of the world association FIFA is also interested in a solution - Anheuser-Busch InBev, which is the largest brewery group. A plan is probably being worked on to offer lower-proof beer in the stadiums.

The fans who traveled to the desert state for the playoffs were less bothered by these discussions. Some had flown over several days, one from Lima with a stop in Madrid, another overnight in Istanbul. Another fan came from Miami. Some from Europe. Anyone who landed in Doha with the country's own airline also received the safety briefing for the life jacket in the clip by world footballer Robert Lewandowski.

Once in Qatar, the fans provided a taste of the World Cup. It will be the World Cup of short distances, the stadiums are only a few hours away. Ride opportunities were booming alongside the Metro, which stops right next to the Ahmad Bin Ali Stadium. So also a country and people trip? It's also a very good opportunity to get in touch with Arabic culture, says a Peruvian: "In South America we don't know much about it."

Discussions about the usefulness of a football World Cup shortly before Christmas, when mulled wine is brewed in Germany, initially played no role for the fans. In a country where homosexuality is illegal and punishable by up to seven years in prison. In a country where, according to human rights organizations, people's rights continue to be disregarded and migrant workers were "continued to be exploited" despite state reforms last year. The main thing is that the ball rolls. 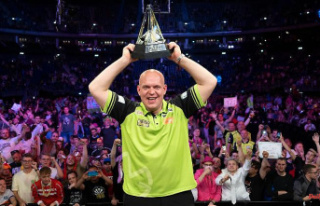 From Berlin to the OR: Michael van Gerwen wins and...