Pogacar versus Vingegaard is also the big duel on the last mountain stage of this Tour de France. 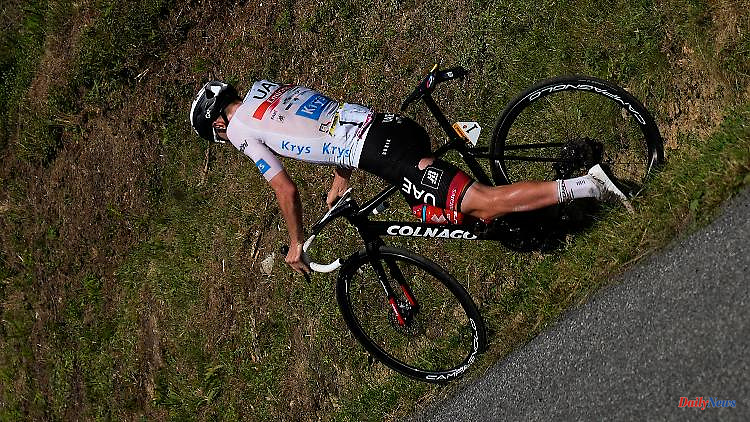 Pogacar versus Vingegaard is also the big duel on the last mountain stage of this Tour de France. The two top riders will fight for overall victory with everything they have. The Slovenian even goes down. In the end, Vingegaard wins - and thus ends Simon Geschke's jersey dream.

When Jonas Vingegaard touched his heart and kissed his hand in front of Monsieur Le Président Emmanuel Macron at the Hautacam ski station, a memorable day in the Pyrenees had reached its climax - with a bitter end to Simon Geschke's dreams of Paris. In a breathtaking duel with his rival Tadej Pogacar, Vingegaard took the decisive step towards overall victory in the Tour de France in the 1,520-meter-high ski resort, like his Danish compatriot Bjarne Riis once did, with the sovereign stage win - and at the same time showed himself to be a true champion. Because the 18th stage not only provided the preliminary decision, but above all a great spectacle.

Pogacar, who ended up second-placed, constantly attacked the yellow jersey on the penultimate climb before the big drama broke out on the breakneck descent from the Col de Spandelles. First Vingegaard avoided a fall with a skilful maneuver, then his rival from Slovenia fell in a corner. But Vingegaard showed true greatness and waited for the Tour champion of 2020 and 2021. Shortly thereafter, Pogacar was back on the rear wheel with tattered cycling shorts and a grazed leg. Both shook hands. Memories of the duels between Jan Ullrich and Lance Armstrong were awakened.

Geschke was already far behind at that time. For the native Berliner, the dream of the first German mountain king in Paris was shattered. After nine days, the man with the full beard had to give up his red dotted dress on the last Pyrenees stage. Instead, Vingegaard grabbed the mountain jersey almost in passing during his demonstration of power on the super-difficult 18th stage with more than 4000 meters of altitude difference.

After parrying all of his rival Pogacar's attacks, the Dane knocked him out with his attack with 4.4km to go. As early as 1996, Riis had eliminated the last doubts about the tour triumph in Hautacam - albeit with illegal means, as he later admitted. Vingegaard ended up 64 seconds ahead, putting him 3:26 ahead of Pogacar in the overall standings. That should be enough to make the second Danish tour victory on Sunday in Paris perfect. Because all-rounder Pogacar should hardly be able to make up for this gap in the individual time trial on Saturday.

In addition, Vingegaard is also uncatchable in the mountains classification with 72 points ahead of Geschke (64). For Geschke, hopes of another coup in a mountain jersey were already gone at the Col d'Aubisque. The 36-year-old first missed the breakaway group shortly after the start in the pilgrimage town of Lourdes, then his race to catch up was unsuccessful before he finally had to be completely torn away with his tongue out. Geschke was at the end of his tether after eagerly scoring points almost every day.

But the focus was on the duel between the two climbing stars. Pogacar left no stone unturned and constantly attacked Vingegaard. But after the fall, the 23-year-old was struck. On the final climb, all dreams of a third tour triumph in a row for Pogacar were gone. Locomotive Wout van Aert picked up the pace for Vingegaard, then the 25-year-old was gone and Pogacar's will was broken.

For the first time in 26 years, the tour will be dominated by Danish Dynamite. Appropriately enough, the Grand Depart already took place in Copenhagen, after which Vingegaard, Mads Pedersen and Magnus Cort Nielsen collected a total of four stage wins. For comparison: hosts France weren't allowed to celebrate yet.

For the most successful tour participant in the peloton, on the other hand, the race is over. Chris Froome, the winner of 2013, 2015, 2016 and 2017, tested positive for Corona and had to retire from the race. This also applied to the Spaniard Imanol Erviti and the Italian Damiano Caruso, with the tour already reporting a total of 15 corona cases. After the three difficult Pyrenean stages, the stars of the industry can take a breather on Friday. The 19th stage over 188.3 kilometers from Castelnau-Magnoac to Cahors mostly runs over flat terrain. 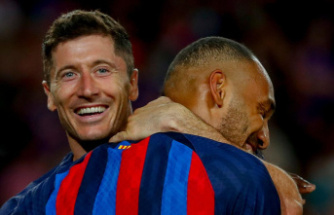 Ex-Bayern striker: embarrassment averted at the last moment: Lewandowski is about to make his league debut for Barcelona 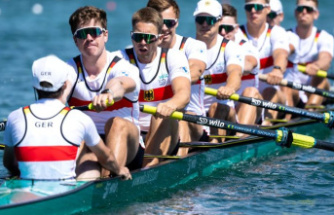 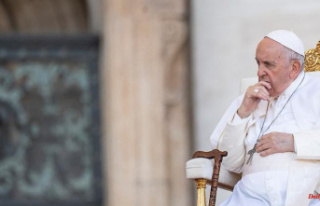