Praise from Ferrari and Mercedes: Schumacher celebrates an annoying liberation

Under great pressure and under great attention at the race weekend in Canada, Mick Schumacher presented himself as strong as never before in his Formula 1 career. 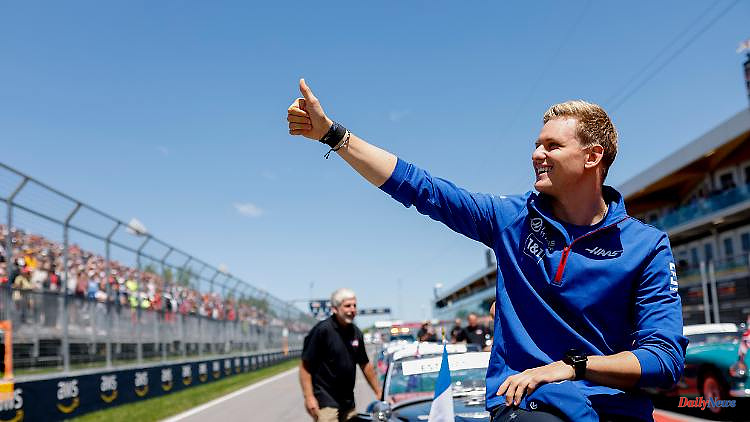 Under great pressure and under great attention at the race weekend in Canada, Mick Schumacher presented himself as strong as never before in his Formula 1 career. But the race ends again with a disappointment for the Haas driver. Nevertheless, confidence prevails.

On the plane, Mick Schumacher didn't have to worry about seven-figure accident costs this time. The confidence in better times this year outweighed the frustration of once again missing out on the first Formula 1 points when leaving Canada. And there was plenty of praise, even if Schumacher didn't finish with his Haas again.

"He has improved," said Ferrari team boss Mattia Binotto about the 23-year-old pupil of the Scuderia youth forge: "Now he just has to stay in focus and concentrate, build more experience and self-confidence." Because it's about Schumacher's future. His contract with Ferrari partner Haas ends after this season.

What will happen then with the son of record world champion Michael Schumacher? Much is currently open, the self-promotion in Montréal came at the right time. "It was an important liberation," emphasized Uncle Ralf Schumacher. The Sky expert added: "There was a bit of unrest before, for whatever reason, you don't know."

With his serious accidents in Saudi Arabia and Monaco, the pressure on the former Formula 3 and Formula 2 champion had increased. In his title years in the junior classes, he turned up the heat in the second year. In Formula 1, Mick Schumacher's rise in the second year stuttered. The crash costs burden the account of the already clammy US racing team. Team boss Günther Steiner already feared the "split in the team from the outside", which was not good for Mick Schumacher.

So it was high time for a change of mood, Mick Schumacher had announced a restart for Canada. And he kept his word, at least as far as his own performance was concerned. Sixth in qualifying, better than ever in extremely difficult conditions on a wet track. And even in the race in sunshine, he had good prospects in the first half of the field - until a drive defect stopped Schumacher after less than a third of the race distance. The rest was self-promotion: the German drove flawlessly, his sixth place in qualifying was a career best and drew attention around the world.

"We showed that we have what it takes to fight for the points," he said afterwards. As "very annoying" he summarized the failure through no fault of his own. With a view to the first World Championship points, which are still tangible despite the 50 laps left, Schumacher says: "Today would have been the day." Instead, he remains without anything countable even on the 30th attempt. As confident as Schumacher presented himself after his race, the first reaction in the car was understandable: the transmission of his first radio message consisted of a longer beep - because the FIA ​​​​does not want to send out too much cursing from the drivers unfiltered. Despite the anger about the end, the overall appearance of the record world champion son still had the effect of brightening the mood. Big eyes, big smile.

It didn't matter that he got lost in the Mercedes pits at some point over the weekend. There, the bosses looked a bit puzzled when Mick Schumacher was looking for the right exit. Team boss Toto Wolff had recently indicated in an RTL interview that he could imagine Schumacher in a silver arrow at some point. "Why not?" he had replied. They are happy with Lewis Hamilton and George Russell and also have some good juniors who are developing. "But Mick, Schumacher or no, with the strengths I mentioned earlier is someone who will always be on our radar." Especially if he continues like he did when he restarted in Montréal.

1 Trial for fraud: Platini sees conspiracy in favor... 2 Press comments on the "Leclerc show": "A... 3 Fitzpatrick wins a golf thriller: A perfect shot at... 4 World Cup hero back in the Bundesliga: With Götze,... 5 Four titles and too many records: How Steph Curry... 6 Lessons from Formula 1 in Canada: For Schumacher,... 7 Mercedes hops far ahead: Verstappen fends off Ferrari's... 8 From seventh place to the emergency exit: Schumacher's... 9 Deliberately ignorant of racism?: Mbappé makes serious... 10 First aid instead of great joy: World Cup medals don't... 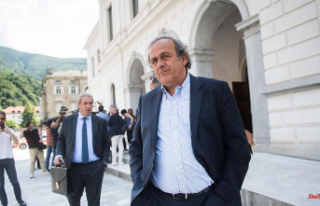