Press comments on the EM final drama: "A blow to Germany's neck" 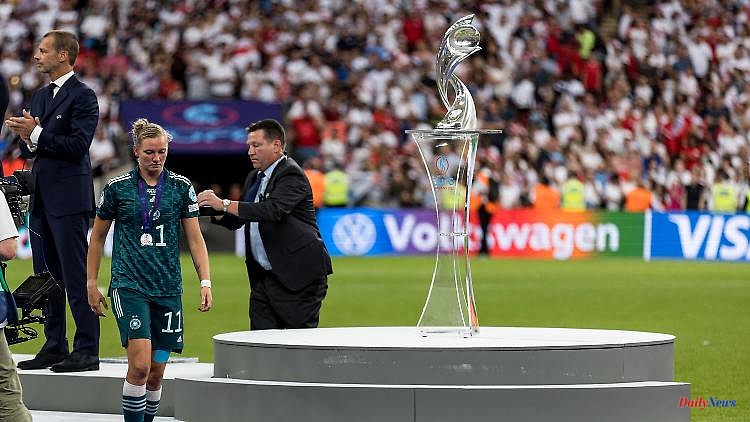 The international press enthusiastically celebrates the Lionesses' European Championship triumph. "The deepest pain of the English sports psyche" has finally been eliminated. The 1966 World Cup is remembered again and again. The German women, the "titans of women's football" and their "resilience" earn a lot of respect. The press reviews at a glance:

The Telegraph: "The Lionesses seal 56 years of pain with a historic victory. The deepest pain of the English sporting psyche is lifted. Germany, the eight-time champions, arguably looked better for much of the tournament, but the hosts rode their luck. (. ..) This is a sport that was officially banned for women in England for half a century.As late as the 1990s, women's football on Fleet Street was still being promoted as "a game to be played only by consent of adults in private." ridiculed. (...) But today, optimism has overcome short-sightedness and contempt. It's a lesson (...): put women first and watch them soar."

Daily Mail: "It wasn't a dream...we DID beat Germany in a final! For the nation that invented the game, the final of the Women's European Championship is the greatest sporting triumph in the lives of most lucky enough to to be there. It was really inspiring - for all ages and both genders. The lionesses defeated the titans of women's football."

The Guardian: "When England's men last won a major trophy, the 1966 World Cup, women were barred from playing any form of competitive football. Now, against the same opponent in the same stadium, English football - all of it - isn't only half - ascended to the top step of the podium."

Daily Express: "The Lionesses made it, what a moment for all of us. Our country has been in the doldrums; the pandemic has crushed us; we have an ongoing cost of living crisis. But yesterday the England women's football team provided the perfect boost. ( ...) The Lionesses rewrote the history of English football at Wembley All the years of pain are over Football has finally come home And who knows, the Lionesses' triumph might even inspire the England team from Southgate at the World Cup in Qatar in November."

Daily Star: "It's all over...WOW! And adoring fans across the country sunk 10m pints as they toasted the triumph - giving the economy a much-needed £40m boost in just 24 hours ."

The Sun: "It's come home! (He's come home!) England's lionesses roar with pride as they celebrate their historic triumph at Euro 2022."

The Times: "The fans were chanting 'football coming home' and England had to defeat a team known for their resilience and whose representatives have stood in their way so often in the past. But England have endured the relentless test of Germany. They lived up to their expectations. They took the lead, lost it, and then showed their character by winning it back. That made their performance even more meaningful because it was Germany."

Marca: "Germany were the better team in extra time, Kelly's goal was a blow to Germany's neck. (...) It was their European Championship and they couldn't fail. England wanted to debut and did it in a big way, with one crushing Wembley and against a Germany that didn't know what it was like to lose a final."

AS: "England has a new queen. Chloe Kelly decides the best women's European Championship final ever. The women's football party had a happier ending for the hosts. If Germany had won, nobody could have complained."

Sport: "Wembley again. Another overtime. The tears were sweet in this case though. England won the European Championship title for the first time in a game that went back and forth. That's right, well, football "it's coming home".

El Mundo Deportivo: "Germany showed character and mentality, but this time a little bit of luck was missing."

La Vanguardia: "England has achieved its dream. Not even the best screenwriters could have written such a perfect story."

NRC: "The European Football Championship was nice, but there is still a long way to go. That doesn't change the fact that the tournament on English soil was a success in sporting, commercial and promotional terms. This sport will become popular in Europe Keep developing the pace, for many it's not going fast enough."

Trouw: "By winning the European Championship final, Sarina Wiegman has made herself immortal in England."

De Volkskrant: "Sarina Wiegman does it: she also becomes European champion with England. She was hired for nothing less. Her transfer from the Netherlands to England reflects the changed balance of power in women's football."

L'Équipe: "England end their curse by winning the Women's Championship"

Le Figaro: "Sarina Wiegman wasn't voted the best FIFA coach of the year 2017 and 2020 for nothing. Five years after winning the European Championship at the helm of the Netherlands, the Dutchwoman kept her crown, but this time with England."

Blick: "England is European champion! Joker Chloe Kelly decides the final spectacle in London's Wembley in front of a record crowd of 87,192 fans in extra time. Germany feels disadvantaged - like in 1966!" 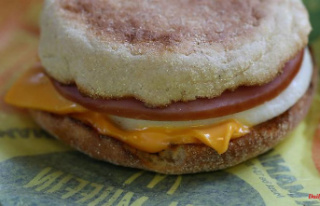