Press comments on the "Leclerc show": "A great day for Mercedes" despite Verstappen

Lewis Hamilton is finally back on a Formula 1 podium in Canada. 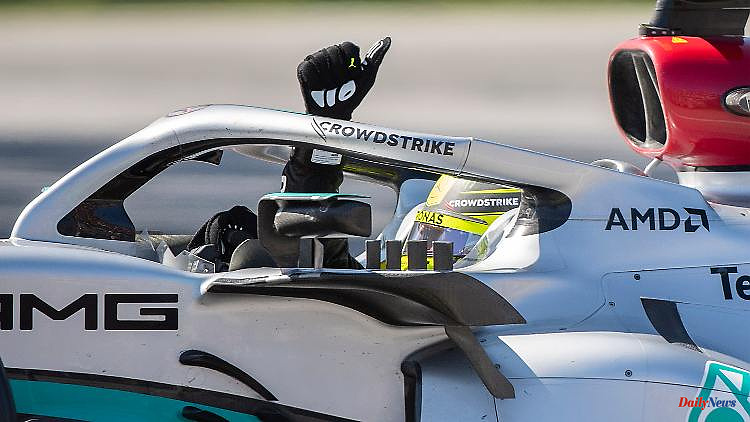 Lewis Hamilton is finally back on a Formula 1 podium in Canada. The record world champion is third behind Carlos Sainz and the big winner Max Verstappen. According to the international press, he will be "really chased across the finish line" in Montreal.

Formula 1 world champion Max Verstappen has further extended his championship lead by winning the Canadian Grand Prix. The Red Bull driver prevailed in Montréal on Sunday, just ahead of Ferrari driver Carlos Sainz and Lewis Hamilton in the Mercedes. His teammate Sergio Pérez dropped out with a technical defect and lost further ground as second in the World Championship. The international press writes about this:

'The Sun': 'Red Bull is clearly the big winner of the Canadian Grand Prix with Verstappen claiming another win but it wasn't a flawless win. Sergio Perez's retirement with a suspected gearbox problem suggests that their Car continues to struggle (...) It's a great day for Mercedes who made a significant step forward and Ferrari will be happy that both cars finished (...)

"Daily Mail": "Yes, Hamilton was behind winner Max Verstappen, who withstood the late pressure and clinched his sixth win of the season, and behind Ferrari's Carlos Sainz. But when the champagne was sprayed and Hamilton received the biggest cheers of the Harvesting a sun-drenched day, the 37-year-old Briton looked reinvigorated at the Circuit Gilles Villeneuve, where he claimed his first of 103 victories in 2007."

"Le Figaro": "A success with which he (Verstappen) was able to consolidate his lead in the drivers' standings. He is now 46 points ahead of the Mexican Sergio Perez, who retired on the ninth lap, and the Monegasque Charles Leclerc, who crashed on was penalized on Saturday and started from the back but eventually worked his way up to fifth place."

"Gazzetta dello Sport": "Verstappen is confirmed as the best. Sainz fought to the end, Leclerc put on a show. Top performances for Hamilton, Russell and Alonso too"

"As": "Sainz got closer than ever to Verstappen and his first victory in Formula 1 before the hairpin bend.(...) But it's not easy to overtake in Gilles Villeneuve, because only the straights offer opportunities and the fastest car on the straights is Verstappen The champion took a hard-fought win at the Canadian GP, ​​perhaps the hardest-fought of the year for him (...)."

"Kurier": "The Red Bull drivers were last able to celebrate five times in a row in Formula 1. The sixth Grand Prix success in a row was anything but a sure-fire success on Sunday in Montreal. Max Verstappen was at the Grand Prix of Canada literally chased over the finish line. The world champion had a Ferrari in tow, but this time it was not driven by permanent rival Charles Leclerc, but by Carlos Sainz.

1 Fitzpatrick wins a golf thriller: A perfect shot at... 2 World Cup hero back in the Bundesliga: With Götze,... 3 Four titles and too many records: How Steph Curry... 4 Lessons from Formula 1 in Canada: For Schumacher,... 5 Mercedes hops far ahead: Verstappen fends off Ferrari's... 6 From seventh place to the emergency exit: Schumacher's... 7 Deliberately ignorant of racism?: Mbappé makes serious... 8 First aid instead of great joy: World Cup medals don't... 9 Except for the eighth, nobody wins: German parade... 10 German championship title in eventing: Jung rides... 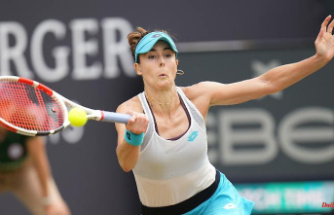 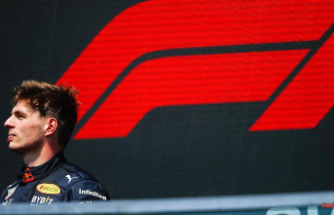 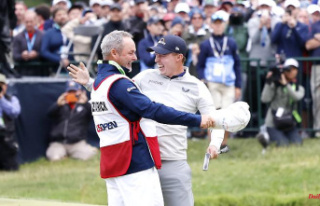 Fitzpatrick wins a golf thriller: A perfect shot at...