Press conference at the start of the World Cup: FIFA boss Infantino feels "homosexual" and "as a migrant worker"

The criticism of World Cup organizer Qatar is huge shortly before the start of the tournament. 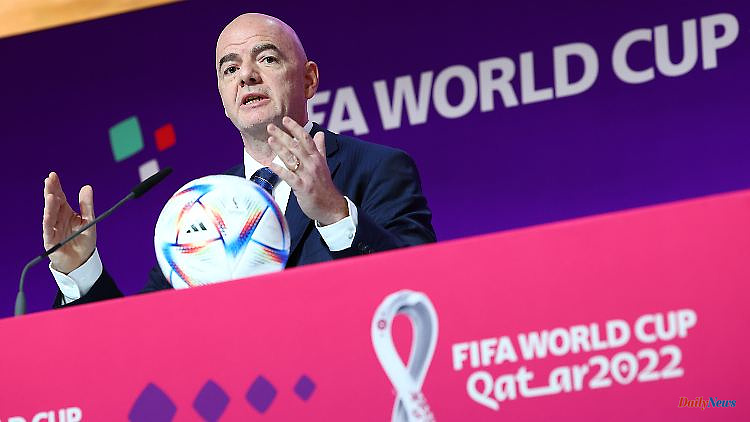 The criticism of World Cup organizer Qatar is huge shortly before the start of the tournament. FIFA President Gianni Infantino once again throws himself protectively in front of the emirate - and speaks, so to speak, of being able to empathize with everyone in the world.

One day before the opening game, FIFA President Gianni Infantino denounced the "double standards" of Western nations against World Cup hosts Qatar. "I think what we Europeans have done worldwide for the past 3,000 years, we should apologize for the next 3,000 years before we start giving moral advice to others," said the 52-year-old during a press conference in Al-Rajjan . It is "sad" to have to experience this "double standard".

Qatar has been criticized for years for its poor handling of human rights and the living conditions of foreign workers, which has also been voiced by independent organizations such as Amnesty International. The government of the emirate rejects this. In his monologue, the controversial head of the world association also launched a sweeping attack on the press. "I have a really hard time understanding this criticism," Infantino said, adding that it was "deeply unjust."

"How many of these Western companies that are receiving billions from Qatar here - how many of them have talked about migrant workers' rights? None of them," Infantino said, without giving examples. "Who takes care of the workers? Who? FIFA does it, football does it, the World Cup does it - and to be fair, Qatar does it too."

In his statements, Infantino also described media reports about allegedly "bought" fan parades in the run-up to the World Cup as xenophobic. "This is racism, pure racism - it has to stop. Everyone in the world has the right to be for whoever," he said, before asking: "Can someone who looks like an Indian not be for Germany or Spain? "

1 No beauty, but economical: With the Honda Jazz Hybrid,... 2 Hesse: Eight-year-old is hit by a car and seriously... 3 Bavaria: Already as many flu cases as in the entire... 4 Mecklenburg-Western Pomerania: young people and 54-year-olds... 5 Saxony-Anhalt: 17-year-old passenger died in a traffic... 6 Baden-Württemberg: rear-end collision at the roundabout... 7 Baden-Württemberg: Two seniors were hit by a car... 8 Baden-Württemberg: Tierschutzbund sends SOS: every... 9 A "Question of Justice"?: What the trillion-climate... 10 Episode of "Only Yes Means Yes": Sex offenders... 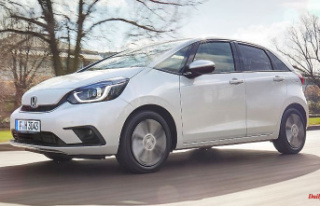 No beauty, but economical: With the Honda Jazz Hybrid,...