Real Madrid wins a European trophy for the 14th time, Jürgen Klopp goes away empty-handed for the third time in his fourth Champions League final. 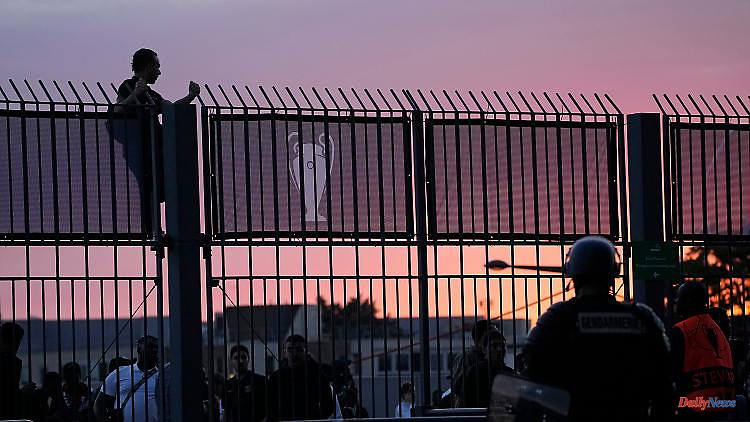 Real Madrid wins a European trophy for the 14th time, Jürgen Klopp goes away empty-handed for the third time in his fourth Champions League final. The Spaniards are celebrated in the international press, Liverpool are comforted - and the chaos before the game is heavily criticized.

'Marca': 'Ici c'est Madrid. Real Madrid are raising their 14th European Cup in the skies over Paris after a memorable final against Liverpool and an emotional journey against PSG, Chelsea and City that has already been part of the club, football and Sports history is. Carlo Ancelotti and Karim Benzema were the great architects of a victory that no one believed in and celebrated like never before.(...) Endless glory for the white team that won the Champions League in the most brilliant way and the winner is."

'El País': "Real Madrid's glory is endless. The Whites claim their 14th European Cup with a colossal Courtois and a goal from Vinicius, enough against a deserving Liverpool."

"AS": "Champion 14 times!!! It's impossible not to love them. Real conquers the fourteenth title with an exceptional Courtois and a goal from Vinicius. Liverpool set the tone but in the end the experience of prevailed Ancelotti's team through the toughest tournament in history. Heroic, inexplicable, paranormal or supernatural. A legend that never ends."

"Sport": "The champions of Courtois. The white team wins the 14th Champions League title with a single shot on goal and a star performance from the goalkeeper. Fortuna, the goddess of luck, was on Real's side. The worst Real in recent years surprisingly gets two Title. Liverpool deserved a lot more this time around."

"El Mundo Deportivo": "Courtois secures the 14th Champions League title. Liverpool's dominance and scoring chances were useless against an effective Real Madrid, who rarely got in front of goal, but used them optimally. Real does not play nice, but effective football."

"The Guardian": "It was one game too many for Liverpool. The number 63 in a season in which they had played every game should bring them the crowning glory. (...) It wasn't supposed to be. One On the night that kick-off was delayed by 36 minutes because of problems faced by Liverpool fans outside the stadium, their team did everything they could to break Real's mysterious myth that the Spanish champions don't lose finals."

"The Times": "Courtois and Vinicius deny Liverpool victory in Paris. It's their trophy, it's their competition and everyone else is just the hunters in the Champions League. This is how it looks: Real Madrid and Carlo Ancelotti are the again rulers of Europe."

"Daily Mail": "There's no reason for Jurgen Klopp to tear this team apart. Liverpool are unlucky to lose, Courtois had one of those days as a goalkeeper when you look unbeatable."

"La Gazzetta dello Sport": "Carletto the Great. Nobody like Ancelotti: Fourth Champions League victory. The Reds attack, but the defensive tactics win and Courtois holds everything."

"Corriere dello Sport": "Carlo, the emperor. Ancelotti's triumph is a victory for the Italian football school and shows once again that football is a refined craft. Real plays 90 minutes to defend themselves from Liverpool's attack. Ancelotti's experience wins above all."

"Tuttosport": "King Carlo writes football history and wins his fourth title, a record for a coach. Ancelotti and his boys are the emperors of international football. The decisive factor is his choice of player. Ancelotti proves once again that he is a football genius."

"Corriere della sera": "No one is like Ancelotti, his calmness and his experience in dealing with the players are unique. He knows his boys and their talents like no other. Despite all the successes of his career, Ancelotti remains himself, with his ease and his sense of humor."

"L'Équipe": "Immortal. Real wins its 14th Champions League in the final against Liverpool. (...) The organization at the Stade de France turned into a fiasco. The mass panic caused by fans without a ticket delayed access to the stadium and the kick-off and questioned the extraordinary security measures."

"Le Parisien": "Bangs and clashes: A chaotic evening at the Stade de France."

"Blick": "Epic, royal night in Paris. The handle pot goes to Madrid for the 14th time. Why? Because Real in Courtois has an outstanding goalie, ice cold nets and defends in solidarity. Liverpool licks the wounds. The worst scenes are in front of the Game."

"AD.nl": "He dreamed of the second Champions League trophy of his career. But Virgil van Dijk is staying with one for the time being. Liverpool and he bit their teeth at the toughness of Real Madrid. A goal by Vinicius Junior made it Difference in Paris An impressive goalkeeper with four arms and four legs.

1 "It was true!": Klinsmann defends spicy... 2 After a heart attack in early May: US actor Bo Hopkins... 3 Baden-Württemberg: Climbing ends with a fall from... 4 Thuringia: man beats and kicks girlfriend 5 North Rhine-Westphalia: Gray skies and a few showers:... 6 Baden-Württemberg: Motorcyclists died near Dornstadt 7 North Rhine-Westphalia: a man runs onto the tracks... 8 Bavaria: Five injured in a head-on collision 9 22 people on board: Plane with two Germans missing... 10 London prepares anniversary: ​​Her Majesty's... 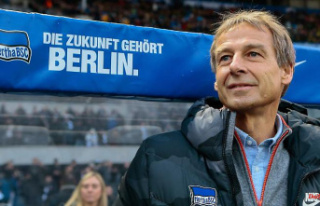 "It was true!": Klinsmann defends spicy...