Two disappointing years in the Champions League are enough. 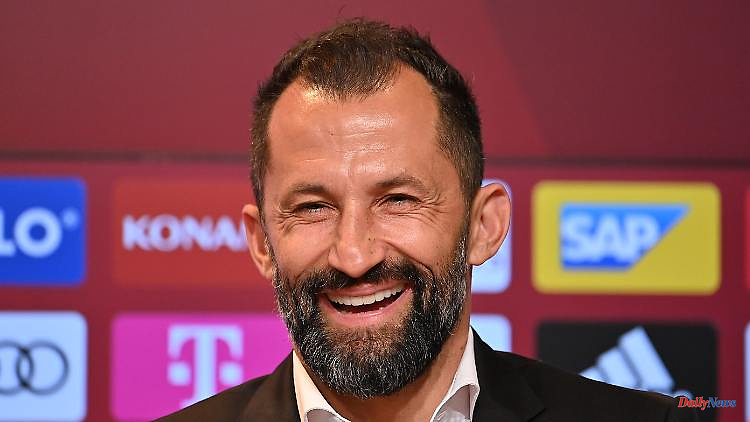 Two disappointing years in the Champions League are enough. FC Bayern Munich is planning the big thing: returning to the top of Europe. The management duo of Oliver Kahn and Hasan Salihamidžić shook up the squad and increased the pressure on coach Julian Nagelsmann.

What is actually going on with Hasan Salihamidžić? Wasn't the sports director of FC Bayern Munich under criticism just a few weeks ago? Wasn't it taken for granted that he would have no future with the record champions beyond 2023? And hasn't Max Eberl already been chosen as a successor for this summer? Questions upon questions and there can only be one answer: Hasan Salihamidžić has an incredible run. Now he has to be careful not to make any mistakes.

World star Sadio Mané is already there, as are Ajax stars Ryan Gravenberch and Noussair Mazraoui, and who is to come next: Matthijs de Ligt, Konrad Laimer and the 17-year-old Mathys Tel, who is currently under contract with Stades Rennes. Maybe then a new striker - but not Cristiano Ronaldo! - if FC Barcelona can still get through to a reasonable offer for Robert Lewandowski. As is well known, only around 40 million euros have been offered so far, FC Bayern expects at least 50 million euros and not in installments, but directly into the account. There is no real trust in the payment behavior of the Catalan giant on Säbener Straße.

There are plenty of spectacular transfer days in the south of the republic after two years that were disappointing for Munich standards. After the sensational year 2019/2020 and the foothills in the international cups that followed, after winning the Champions League and all the other trophies that a club can win, things went downhill from international heights to national top level. The championship numbers nine and ten were more or less a sure-fire success, but failure in the DFB Cup and in the Champions League did not meet the requirements of the European super club flying the Bavarian flag.

In the coaching position, Hansi Flick, who was unnerved by the skirmishes with Salihamidžić, was followed by the shooting star of the scene, Julian Nagelsmann. He's still far from 40, but he's been around for so long that you can't imagine the world of coaching without him. Nevertheless, the 34-year-old was under immense pressure. In his first year in Munich, he was not just a coach, but moderator of almost all the problems that such a season brings with it. It was about people who refuse to vaccinate, corona crises and Qatar: it was about everything, just not always about sport.

The new management team at Bayern around Rummenigge's successor Oliver Kahn and sporting director Salihamidžić disappeared for almost a year. Puppy Protection. They took their first steps without those who had carried the club for years. From time to time the heckling from Karl-Heinz Rummenigge, from the club's patron Uli Hoeneß. The voices will continue to be heard, especially by the ever-excited media in the background.

All the transfer and Bayer experts who no longer just fill their newspaper and online pages, but also have to deliver on social media and show off in podcasts. There are no days without news, there are no weeks without scandals and no months without a transfer quake. The breaking news has long since become permanent. "True" or "not true" are the categories in which they divide the world. Between? No mans land! You have to get used to it and learn to play with it. The bosses learned, Nagelsmann moderated reasonably confidently and Bayern became champions because they always become champions.

But that won't be enough next year. "We are doomed to succeed at Bayern, he knows that too," Kahn told Kicker about Julian Nagelsmann, who of course should also develop young players and enforce his game philosophy. Then Kahn spoke about Bayern's transfer plans, which was smiled at months ago, but which has now clearly picked up speed. He said: "We want a squad with which we can ideally win the Champions League."

Print! Print! Print! As a player, Oliver Kahn loved these situations, as CEO he now practices them. Another year without at least the semi-finals in the Champions League will hardly be tolerated in Munich and now it's time to use the reserves. "I wonder where all of a sudden all the money comes from," asked the constantly astonished Lothar Matthäus in the "Bild": "In the end it was always said that you had less available, also because of the corona losses. That's why you don't find any with Lewandowski Agreement on an extension. Gnabry's situation is unclear. And then Mané comes for up to 41 million euros, Laimer should come for 25, 30 million euros, de Ligt should come for 60, 70 or 80 million euros." In fact, without further departures, this would lead to a significant transfer minus.

But everything can be explained these days. It's a time of upheaval on Säbener Straße and the duo Salihamidžić and Kahn seem to be doing everything this summer - even squaring the circle. They can bring the world star Sadio Mané to Munich for slim money and without much noise, they can convince young talents like Gravenberch to go their way and at the same time pass on bank players for a decent fee.

Omar Richards, who signed on a free transfer last year, is to be transferred to Nottingham for around ten million euros. And they can insist on their tough "Basta" with their star Robert Lewandowski until Barcelona raise the transfer fee so that they can hand it over face-saving. There is a market for national player Serge Gnabry. He should extend or go. The opposite of Lewandowski, so to speak. Who does not want to extend, but should stay. It's a contradiction that doesn't matter.

In addition to Lewandowski and Gnabry, Benjamin Pavard could also go this summer. The defender has performed solidly in recent years, but has not been able to inspire anyone in the long term. De Ligt would be a significant upgrade for the French planned as a central defender. And whether it comes immediately or in a few weeks doesn't make much of a difference. FC Bayern always plans to win the German championship and always has the squad for it. It doesn't matter how well-rehearsed they will be at the beginning of the season. And the Champions League will not be decided until 2023.

So what is actually going on with Hasan Salihamidžić? That was the original question. Bayern's sports director currently has a damn good hand and he's going all-in. Exciting days down there in the south. 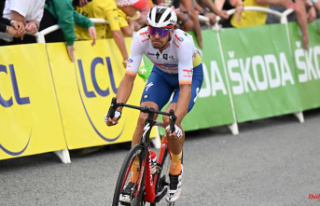