For the managing director of the handball Bundesliga it is an "act of humanity", for the general secretary of the Ukrainian association the plan is too urgent: Not everyone likes the fact that the team of serial champions FK Motor Zaporischschja should now play in the 2nd Bundesliga. 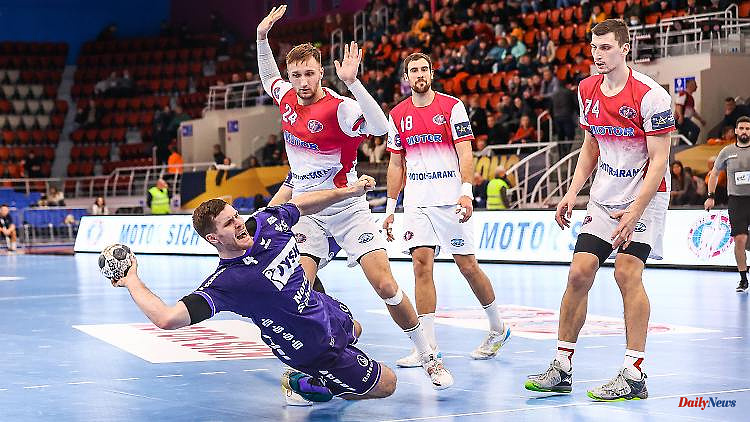 For the managing director of the handball Bundesliga it is an "act of humanity", for the general secretary of the Ukrainian association the plan is too urgent: Not everyone likes the fact that the team of serial champions FK Motor Zaporischschja should now play in the 2nd Bundesliga.

Some speak of a "nice gesture of solidarity", others call it "weird", "nonsense" or "just crazy". not only causes heated discussions in the handball scene.

Frank Bohmann, one of the masterminds of the process, which is unique in the German professional leagues, leaves the many malicious comments and hate messages cold. The Bundesliga boss energetically rejected the criticism of the surprising inclusion of Zaporizhschja from the coming season.

"Yes, you can always see something black and something white. But this thing is actually an act of humanity," said the HBL managing director and made it clear: "We want to set an example for peace and give the handball players the opportunity to to continue working." At the same time, they want to protect the team, which is only a few kilometers from the front line, "from Russian missiles. Zaporizhia is under fire from the Russian army. We can not only protect jobs here, but also lives."

The HBL plan provides for the Ukrainian top team to take part in the second division as the 20th team in the coming season - albeit outside of the sporting classification. Düsseldorf provides accommodation for the team and their families. Zaporizhschja, who wants to get the necessary match practice for the Champions League through the German league, will play their home games in the Castello in Düsseldorf, which has a capacity of more than 3000 spectators.

But the Ukrainian side has also criticized the hastily cobbled together plan. Basically, there are two sides that you have to consider when it comes to the topic, said Sascha Gladun, a former Bundesliga professional and current Secretary General of the Ukrainian Handball Association. In sporting, social and human terms, "it is of course a huge story that players and families are safe and that the team is allowed to play in the strongest second division in the world," said Gladun. But if you get the green light to resume the Ukrainian league, "then we'll start too. And then the question is: what about Zaporizhia?"

Game operations in Ukraine are currently on hold due to Russia's war of aggression - and Bohmann does not expect the situation to change any time soon. "It seems impossible that there will be a competition in Ukraine next year," said the league boss: "But it remains the case that it's a temporary solution. We're not thinking any further."

The season in the German lower house begins at the beginning of September. After isolated guest appearances and training stays by the motor players, who largely make up the Ukrainian national handball team, the "all-seasonal solidarity project" is now supported by the 19 clubs of the 2nd HBL, according to a press release.

Gladun, on the other hand, is "a bit surprised that we still don't have any written confirmations. I haven't seen any document yet, not about the club's intentions. Not about any meetings. And no written evidence from the Handball Bundesliga." Bohmann replies that there is a decision by the clubs in the 2nd division. This could be "formalised again at our general meeting in the summer. From our point of view, however, it is definite. In the 22/23 season, Zaporizhia will compete in the 2nd Bundesliga."

The detailed planning of the coming days and weeks shouldn't be that easy - on the contrary, believes Gladun: "It's really complicated." 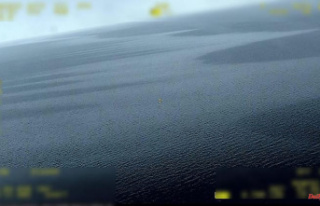