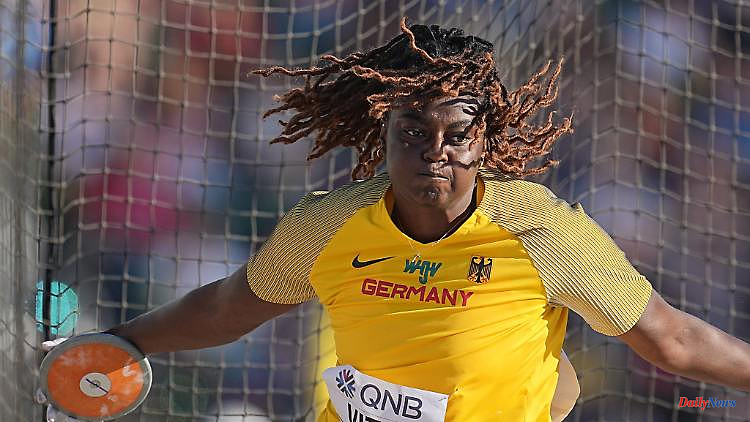 High jump Olympic champion Mutaz Essa Barshim dominated the competition at the IAAF World Championships in Eugene. For European champion Mateusz Przybylko from Leverkusen, however, the day was disappointing. You could rely on the German women's trio in the discus throw.

Discus: The trio with the Olympic silver medalist Kristin Pudenz, Shanice Craft and Claudine Vita made it into the final together and thus provided a ray of hope at the World Cup, which from a German point of view has so far been so poor. Vita threw 64.98 meters and had the fourth-best distance of the qualification with her best performance of the season. Craft came to 64.55 meters, Pudenz posted 64.39 meters. Olympic champion Valarie Allman from the USA threw the furthest with 68.36 meters.

High jump: European champion Mateusz Przybylko disappointed his own expectations and only finished twelfth. The 30-year-old athlete from Leverkusen couldn't get past 2.24 meters and needed three attempts for this height. The title was secured by the Olympic champion Mutaz Essa Barshim from Qatar with 2.37 meters. On the way there, he didn't have a failed attempt in the final and only failed at 2.42 meters when he was already established as world champion. Silver went to Woo Sanghyeok of South Korea, who jumped 2.35 meters. Andrei Protsenko took bronze and thus the first medal for Ukraine.

Triple jump: Olympic champion and world record holder Yulimar Rojas has also secured the world title. For the Venezuelan it was the third World Cup gold of her career, she was unbeatable in Doha and London. In Eugene she jumped 15.47 meters. Second place went to Shanieka Ricketts from Jamaica with 14.89 meters. The 14.72 meters of Tori Franklin from the USA was enough for bronze.

Heptathlon: Double Olympic champion Nafissatou Thiam from Belgium is world champion for the second time in her career. Like in London five years ago, the 27-year-old won the gold medal. After the final 800-meter race, she scored 6947 points, 80 points more than Anouk Vetter from the Netherlands. Bronze went to Anna Hall from the USA. The German participant Sophie Weißenberg dropped out after three failed attempts in the long jump and did without the javelin throw and the 800-meter run in the evening to save energy for the upcoming European Championships in Munich in three weeks.

3000 meter steeplechase: Soufiane El Bakkali of Morocco won gold in 8:25.13 minutes. Lamecha Girma of Ethiopia won silver, with Conseslus Kipruto of Kenya taking bronze. El Bakkali celebrated the success with a swim in the moat, to the delight of the spectators.

1500 meters: World Champion is Faith Kipyegon from Kenya. Her 3:52.96 was significantly better than the 3:54.52 of Gudaf Tsegay of Ethiopia, who ran in second place. The British Laura Muir got bronze.

1 Which offers are convincing?: The best value-added... 2 Energy center of the e-bike: this is how the battery... 3 What are the signs - and what to do?: How to recognize... 4 Looking for ways out of the fire trap: "Germany... 5 Models complement data: blue-green algae blooms occur... 6 Mecklenburg-Western Pomerania: Eleven-year-olds raped:... 7 Saxony: seven-year-old trapped between the bench in... 8 Saxony: Burning truck causes high property damage 9 Saxony: forest fire: police are investigating arson 10 Bavaria: record for storks in Bavaria: more than 1000... 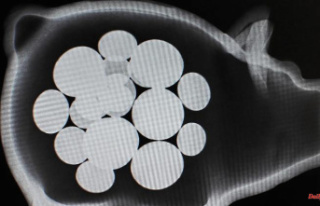 Which offers are convincing?: The best value-added...