In the quarterfinals of the French Open, Alexander Zverev is just an outsider on paper. 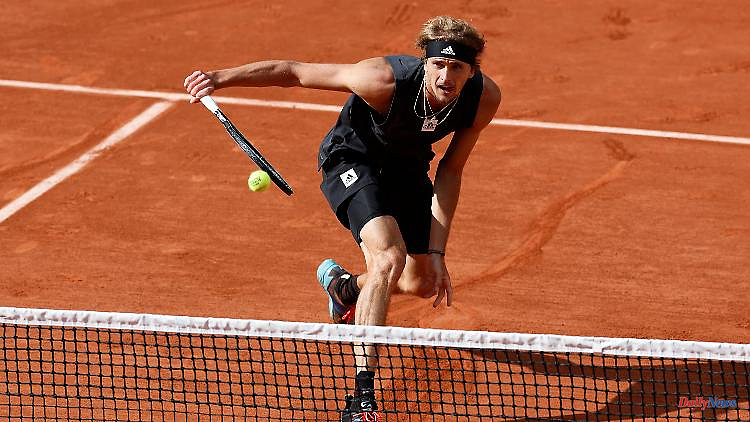 In the quarterfinals of the French Open, Alexander Zverev is just an outsider on paper. But Carlos Alcaraz, who has been unbeaten for weeks, makes too many mistakes, the German number one uses this consistently over long stretches of the match. He fends off the Spaniard's comeback.

Alexander Zverev stopped the meteoric rise of prodigy Carlos Alcaraz with a gala performance and put a big exclamation mark behind his title ambitions at the French Open. The third in the world rankings cracked the exceptional Spanish talent 6: 4, 6: 4, 4: 6, 7: 6 (9: 7) with a mental and playful top performance and, like last year, is in the semi-finals in Paris.

Zverev, who converted his second match point after 3:18 hours, showed his best performance of the year in a thrilling quarter-final game at the highest level and also ended a tiresome series: For the first time in the twelfth attempt he beat a top ten player a Grand Slam tournament and after the success over Alcaraz, who had previously been undefeated 14 times in a row, can fight with confidence for his second final participation in a major.

In the round of the last four on Friday, the 25-year-old from Hamburg now faces the next major challenge on the big stage. Zverev meets Grand Slam record winner Rafael Nadal from Spain or world number one Novak Djokovic from Serbia, who face each other for the 59th time in a duel between the tennis giants on Tuesday evening.

The top German player, not always sovereign during the tournament and with a match point against himself in the second round, went into the eagerly awaited game against Alcaraz with a 2-1 record. The last meeting to date in early May in the final in Madrid, he had clearly lost to the 19-year-old promoted of the season and was warned about the athlete from Murcia, who has already beaten the assembled elite and won four titles this year.

"I'm ready," Zverev said after his three-set win against Bernabe Zapata Miralles, after which he had denounced the tournament organizers' too much focus on Alcaraz, especially with regard to the appointments. And he was there immediately with a strong service and put his young and obviously somewhat nervous opponent under pressure, the break to 3:2 was the logical consequence. After 43 minutes and with only seven slight errors, he closed the first round - against Zapata Miralles he had made 27 in the first set.

It was time for him to "win a Grand Slam," said Zverev, who was very close to it in the final of the US Open in 2020. Accordingly, he remained focused in the second set, Alcaraz now showed more of his spectacular game, cheered on by his numerous fans on the Philippe Chatrier Alcaraz court. But Zverev stayed with himself, took his opponent's serve to 4: 3 and finished the set with an ace.

Alcaraz took a short toilet break, but Zverev didn't bring it out. He continued to flex his muscles in his black, sleeveless shirt, but at the end of the third period he allowed himself a small phase of weakness, which Alcaraz immediately took advantage of. The arena was raging, but Zverev kept his nerve, fended off a set ball in the tie-break in set four and earned the prestige success.

1 Bac en basque: The administrative justice rejects... 2 UK. Kevin Spacey is facing charges of sexual assault... 3 "High-risk" option: US general warns of... 4 Battle for Donbass city: What speaks for Ukraine in... 5 Fall of a Dordogne woman on the 3rd Floor: The victim... 6 Ukraine: Russians have "most" Severodonetsk 7 Roland-Garros: Alcaraz eliminated by Zverev at the... 8 London will send the first Rwandan migrants in June 9 Biarritz: A seller of dangerous substances was arrested... 10 Bavaria: Franz Herzog von Bayern receives the Romano... 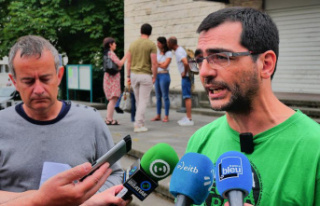