Dennis Schröder is not having a good day with the Los Angeles Lakers. 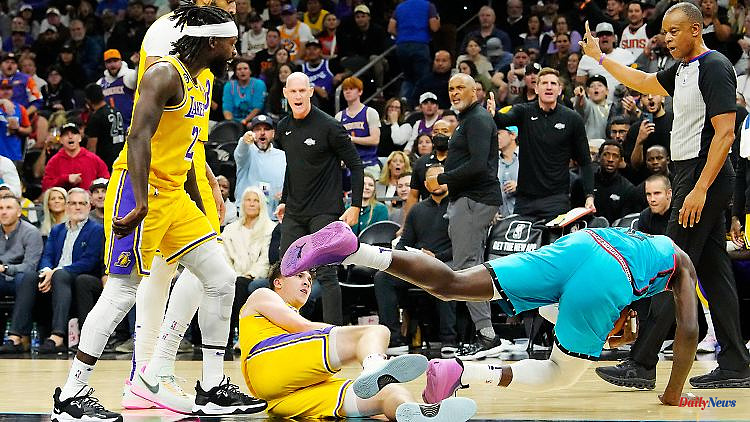 Dennis Schröder is not having a good day with the Los Angeles Lakers. The guard is left empty-handed in the defeat at the Phoenix Suns. The German basketball star only has one assist in the third game after a long injury. Another gala by Anthony Davies does not help the Lakers.

The Los Angeles Lakers lost on the field for the first time this NBA season with national basketball player Dennis Schröder. After two wins in the first two games of the season, the captain of the German team, who had suffered a thumb injury for a long time, scored 105:115 against the Phoenix Suns. Another outstanding performance by superstar Anthony Davis could not prevent the defeat after a total of three wins. Davis had 37 points, 21 rebounds, five stolen balls and five blocks.

Schröder missed all six shots, was pale without points on offense and was unable to stop the Suns' run in the second half. At the change of sides, the Lakers were still leading 55:53. Patrick Beverly was thrown out after a completely pointless and unmotivated body check against Suns center DeAndre Ayton and was not allowed to finish the game. Last season, Beverley received a suspension and a hefty fine after a brutal shove against Suns star Chris Paul.

For the fifth time in a row, the Lakers had to do without superstar LeBron James, who had an adductor injury. For the Suns, star players Devin Booker and Mikal Bridges were top pitchers with 25 points each. It was the Suns' 11th win of the season in 17 games. The team is second in the Western Conference behind the Utah Jazz.

The Boston Celtics' winning streak ended on Tuesday. After nine wins in a row, the record champions conceded a 107:121 against the Chicago Bulls. It was only the fourth loss of the season for the Celtics, in which Jayson Tatum had 28 points, as did DeMar DeRozan for the Bulls. The Celtics remain leaders in the Eastern Conference, but are now just one win clear of the Milwaukee Bucks, who beat the Portland Trail Blazers 119-111. Giannis Antetokounmpo was the top scorer on the field with 37 points. 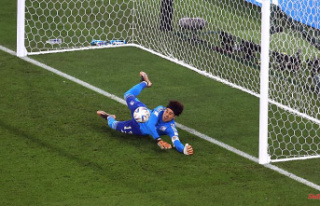