Reactions to the death of "O Rei": "Before Pelé, football was just a sport"

Pelé is dead and the whole world is mourning, including Brazil. 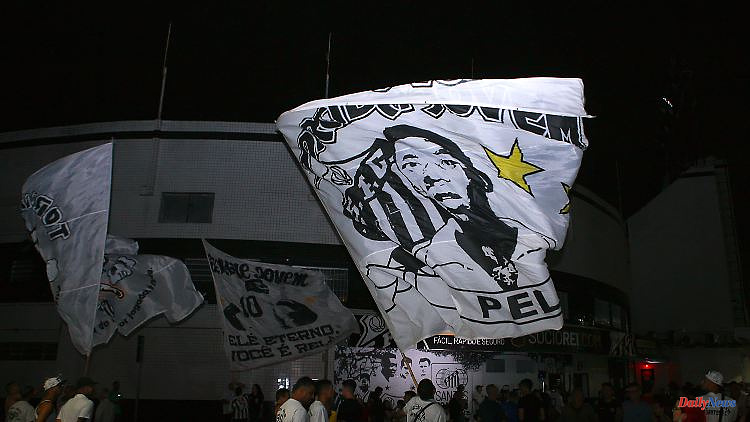 Pelé is dead and the whole world is mourning, including Brazil. His companions say goodbye to their friend, footballer of the current generation of their role model.

The football world mourns "King" Pelé: The three-time world champion died at the age of 82, as his daughter Kely Nascimento announced on Instagram. The death of the Brazilian national hero triggers great sympathy worldwide. Brazil's star striker Neymar said Pele "made football an art". Portuguese star striker Cristiano Ronaldo called him an "inspiration for many millions" of people, "a reference yesterday, today and forever. The warmth you always showed me was returned in every moment we shared, even from the Far away," Ronaldo wrote.

The legendary athlete, whose real name is Edson Arantes do Nascimento, is considered one of the greatest footballers of all time. In football-mad Brazil, he was revered as "O Rei," the king. Pelé is the only soccer player to have won the world championship three times - in 1958, 1962 and 1970. "Everything we have we owe to you. We love you infinitely. Rest in peace," wrote his daughter Kely.

Brazil's President-elect Luiz Inácio Lula da Silva praised Pelé as a national hero. "Few Brazilians have carried the name of our country as far as he has," Lula, who is due to take office on Sunday, tweeted. French President Emmanuel Macron honored Pelé with the words: "The game. The king. Eternity."

Football has "lost the greatest thing in its history," and he has a "unique friend," writes Franz Beckenbauer. "I went to the United States in 1977. Because I really wanted to play in a team with Pelé at Cosmos New York. This time at his side was one of the greatest experiences of my career. We became US champions together right away, and Pelé then just called me his brother. It was an incredible honor for me."

Several current football stars underlined on the occasion of his death how much Pelé changed football. "Everything you ever see a player do, Pelé did it first," wrote Norway's Manchester City striker Erling Haaland.

The newly crowned Argentinian world champion Lionel Messi also expressed his sadness. "Rest in peace," he wrote on Instagram. "I would say that before Pele, football was just a sport," Neymar, Paris Saint-Germain's Brazil star forward, wrote on Instagram. "Pele changed everything. He turned football into art, into entertainment. He gave a voice to the poor, to black people and above all to the rest of the world. It gave Brazil visibility."

"Your legacy will live forever," wrote Mesut Özil. "I am sure that together with Maradona and Pele, 'FC Himmel' will be forever invincible." Cafu, who won the World Cup with the Seleção in 1994 and 2002, also pointed to the afterlife. "Today I lost my brother," he mourned on Twitter. As a Catholic Christian I know that 'by dying one is born to eternal life'. We will have all eternity to be together in the Father's house. See you one day, Pele."

1 Baden-Württemberg: Southwest with record heat and... 2 Mecklenburg-West Pomerania: Gauck visits the European... 3 After shredder ban: whereabouts of male chicks unclear 4 Shortage of skilled workers not solved: BA board is... 5 Does not solve the shortage of skilled workers: Federal... 6 After the start of the shredder ban: Foodwatch: chicks... 7 Reactions to the death of "O Rei": "Before... 8 "Fastest way to peace": Stoltenberg insists... 9 Interview with Denis Trubetskoy: "Ukrainians... 10 What will remain in the wallet in 2023?: Many will... 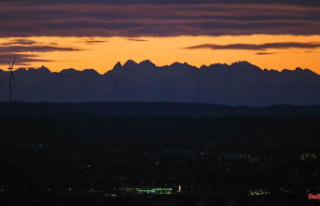 Baden-Württemberg: Southwest with record heat and...