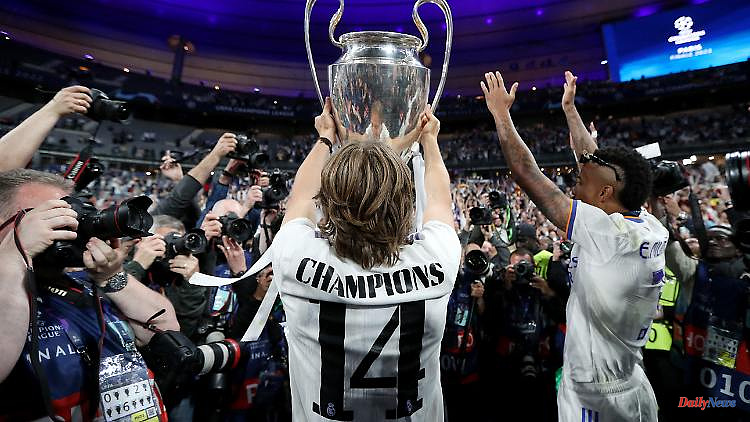 Liverpool FC dominates Champions League final but Real Madrid wins. The triumph of veteran Carlo Ancelotti's team is the culmination of a remarkable journey. The Royal defy all logic of modern football.

Luka Modrić had been substituted exhausted. And didn't want to look anymore. Marcelo, the Real Madrid legend who had seen it all in European football, still had his doubts in his eyes when five minutes of added time broke in the Champions League final between the Spanish capital's royal team and Liverpool FC. The team of these old heroes was still leading 1-0 against Jürgen Klopp's team. He had gone all-in and had his team ready for a full attack - defensive giant Virgil van Djik gave the dangerous storm power, four small attackers whirled around the Dutchman. Real wobbled, Real fought, but Real didn't fall. final whistle relief. Tears.

The Madrilenians had completed their remarkable journey across Europe. They had, in fact, won the premier class final at the Stade de France, which had been overshadowed by horrific chaos as spectators entered the field. Real had won, against all odds. No one had ever thought the team capable of this success. Up until the final, Los Blancos had never been favorites in the knockout phase. Not against the embarrassed billionaire fool Paris St. Germain, who had already collapsed in the round of 16. Not against defending champions FC Chelsea, not against the so dominant Manchester City of desperate Josep Guardiola. And now not against the Reds. Why was that? Experts have been working on the answer to this question for weeks - and fail. Real succeed in a bizarre and fascinating way that defies all logic of modern football.

And most importantly everyone's stats. While Liverpool closed the Royal goal, well protected by the outstanding Thibaut Courtois, with shots, Real allowed themselves just three tries. Only one went to the gate, but he sat. Vinicius Junior's, in the 59th minute. Was that deserved? This question does not arise. Not for this real. Because this real is no longer the "white ballet" that it was for years. In this staffing. Or with the iconic magicians Raul, Luis Figo, Zinedine Zidane or Cristiano Ronaldo. If you like, the Real of the early summer of 2022 is an ingenious old master troupe in overalls. The magic has given way to hard work - garnished with perhaps the really last great moments of the aging heroes. Karim Benzema, arguably the best striker in the world right now, is 34 and a half years old. Modrić, the football Mozart, wants 37. Kroos, Casemiro and Courtois also have a 3 up front.

But be careful with sabbaticals! They have been tuned into this ensemble for years, only the stars persistently resist surrendering to this fate in the decisive moments of a season. Just like coach Carlo Ancelotti. His great career also seemed to be over - since he failed at FC Bayern. After a disastrous 0: 3 at Paris St. Germain, he was kicked out in Munich on September 28, 2017. A decision that really upset the club, because they really liked the easy-going Maestro, but despaired of his comfort in training. And finally the results. Ancelotti moved on. But neither at SSC Napoli nor at FC Everton did he work as gloriously as in previous years. His career seemed to be running out.

But now he's back. In Paris, where his Bayern fate was once sealed (albeit in the Parc de Princes), he was crowned a legend. He becomes the first coach to win the Henkelpot four times, having just a few weeks ago become the first coach to win the top five European leagues. What a crazy story. Again against all odds. The fact that he returned to Spain a year ago was a sensation. One should be careful with superlatives. But yes, it was a sensation.

He replaced Zinedine Zidane, who resigned from his job early and subsequently wrote a bitter suicide note complaining about the management of Real Madrid. Anelotti, a helper in need? Dios mio! Real signed the routiner to a three-year deal. His mission was not only "rescuer in need", as the "AS" wrote, his mission was also upheaval. A word that, in combination with Ancelotti, will make your heart race in Munich. He couldn't find a solution to the loss of the strong backbone of Philipp Lahm and Xabi Alonso. Wild and wildest rotation brought no success. And if the Italian hadn't had a patent for the critical lifting of the eyebrow, the collective would have been inclined to mimic astonishment.

However, this strange plan of the royal leadership became a world idea! Real became master and champion in Europe. On a noteworthy side note, Madrid have contested a premiership final seven times, with the club exiting the field as winners seven times. Jürgen Klopp, the coach of the defeated Liverpool FC, is amazed. Four times he was in the final, three times he was defeated. He only triumphed in 2019. However, one should not underestimate his history at Anfield Road, he also creates outstanding things at the workers' club from the north-east of England. He doesn't have to be accused of anything this Saturday, his team made a real effort, was dominant, but after an extremely sapping season, they lacked the power against the passionately defending Madrilenians, who never let their self-confidence to be Real Madrid get them down . Probably never before has there been such a strange but deserved handle pot champion.

Ancelotti's team, on the other hand, didn't have a problem with their power. Quite a funny punchline in memory of his time in Munich. Because with the record champions, they probably still get the creeps when they think about how comfortably he organized such a soccer training session. In Madrid, on the other hand, the nonchalance of coaching met a team that needed exactly what the Italians gave them. The leadership as a friend. He trusts his players, he asks them for advice. The scenes are legendary when Kroos, Modric and Marcelo rallied around the Italian and exchanged ideas in the semi-final second leg against the Citizens.

Also legendary: His triumph after winning the championship. Ancelotti enjoyed the moment with thick sunglasses and a cigar. A picture for the soccer gods. He enjoyed the moment with his players. He had won it over again. This understander, caretaker, for whom the locker room (the support) is more important than the well thought-out game, the tactical nuance. Philipp Lahm once said about Ancelotti that he wouldn't say in a week what Pep Guardiola would say in three hours. Ancelotti gives players the silent confidence they deliver. Football is easy sometimes. Ancelotti sees it that way. "Part of the individual quality of the players is the team spirit. They are able to think along. Of course, individual class is important, but it's not everything. You also have to show heart and intelligence on the pitch," he said after the triumph. He hugged his players, hugged them, loved them. Does it really need a change? 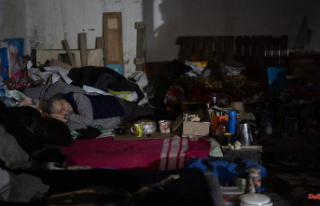