Real says goodbye to icon Marcelo: The most bizarre left-back of all time

What would Real Madrid have been without left-back Marcelo? Less successful? Possibly. 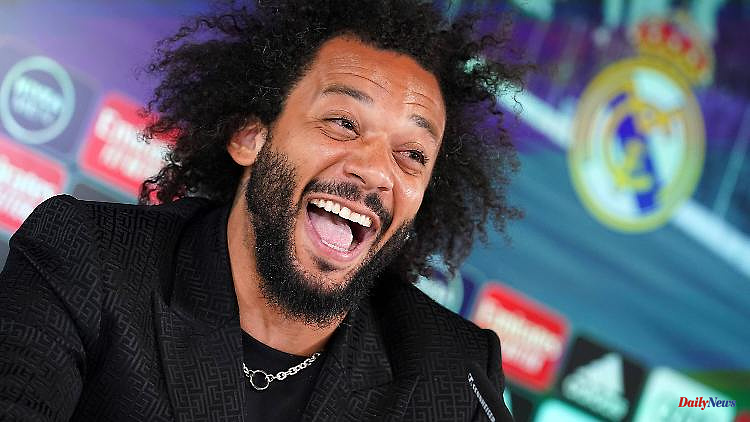 What would Real Madrid have been without left-back Marcelo? Less successful? Possibly. Less entertaining? In any case. The Brazilian is an icon. He has shaped the Royals in a special way in recent years. Now his time is over.

A season without a big performance by Marcelo? That will not do. And because that didn't work out with special things on the field in the past season, Brazilian full-backs had saved the great moments for Real Madrid's title celebrations. After the championship party bus ride through the Spanish capital, captain Marcelo, following tradition, placed the club flag around the neck and the scarf around the statue of the Greek Queen Cybele. The Brazilian garnished his ceremony with a kiss on the cheek from "La Cibeles". From king to queen. Four weeks later, after the Champions League triumph, he danced with the pot on his head and repeated the ceremony. One last time.

Real Madrid's mad king leaves Madrid. After a damn successful 15.5 years, the 34-year-old's contract will not be extended again. This special team, which has mocked every swan song for years, breaks away the next pillar. Marcelo had long since lost his function as a support, but the left-back was still important for folklore and good feelings. And as a guide for coach Carlo Ancelotti. In the semi-final second leg against Manchester City, the Brazilian, along with legends Toni Kroos and Luka Modric, rallied around the easy-going Italian to discuss how the miracle against Manchester City could work. Whatever they had planned, it worked.

How so many things had worked in Marcelo's very special career. He won the league six times with Madrid. Impressive. They won the handle pot five times together. Even more impressive. And Marcelo was often right in the middle. An unusual protagonist. Because the Brazilian was a left-back who had his weaknesses when defending the left flank. And yet he was considered the best man in his position in the 2010s. "I can say that I played with the best left-back of all time," Toni Kroos tweeted at the Brazilian's farewell this Monday.

The German world champion joined in a royal chorus with his anthem. "More than a teammate, a brother that football gave me. On and off the fields, one of the biggest stars with whom I had the pleasure of sharing a dressing room," enthused Real's former superstar Cristiano Ronaldo. Casemiro, with whom Marcelo had played in the Seleção, summed up his great admiration on Twitter with the words: "Brother, captain, legend - thanks for everything". Goalkeeper Thibaut Courtois, the titan from the Champions League final, wrote: "You are a legend of Real Madrid and football!" And Sergio Ramos (Paris St. Germain), alongside whom he had fought and won many football battles, said goodbye to Marcelo with the words on Twitter: "Brother, you say goodbye today, but your legacy is eternal. Congratulations on achieving the impossible. "

Marcelo had enchanted the football world. With his very own interpretation of the left-back. He was always more a winger than a defender. He was the shadow king in the kingdom of the galactics. He was a shrewd ball thief, but too often far too lax in his enthusiasm for the ways forward. However, he entered with boundless euphoria. With his pace, his dribbling, his unshakeable courage, his delight in little tricks, his extraordinary handling of the ball, his crosses that can hardly be explained physically and his powerful shot. He was an exceptional weapon alongside attacking icons like Ronaldo, like Karim Benzema and sometimes Gareth Bale. One who always smiled. At least that's how it seemed when he tried his luck in storming and pushing.

Marcelo's time with Los Blancos began on January 1, 2007. Back then, legends like Fabio Cannavaro, David Beckham, Raul, Ruud van Nistelrooy and Roberto Carlos were still on the field with Madrid. And that Roberto Carlos, this left-back stunner who once held the world record for the hardest shot at 202 km/h (replaced by Hertha icon Ronny at 212 km/h), Marcelo should inherit. And he did. With 38 goals and 103 (!) Assists in 545 games for the Spanish superpower club. With his game, which he learned in such a special way as a child in Rio de Janeiro. In futsal, a special type of football. Marcelo Teixeira, the sporting director of Marcelo's home club Fluminense, told the "Süddeutsche Zeitung" a few years ago: "Here Marcelo learned almost everything he can."

Futsal is the basis of training. At 13, most people switch to classic football. "Marcelo, however," said Teixeira, "was so outstanding on the small field that he was not retrained until he was 15." In his understanding, Marcelo was a playmaker, a ten. During the first training session on the large pitch, he wore a jersey with the corresponding shirt number. After the session, the coach then came to Teixeira and said: "He's one of the best we've had. But I don't think he's a midfielder. We should put him on the left." From that moment Marcelo was a left-back. A storming one. An unusual one. A successful one.

Now he is one looking for a club. "I haven't thought about retiring yet. I think I can still play," the 34-year-old said at a tearful farewell ceremony on Monday, while also recalling his early days. "When I signed for Madrid I thought I could go all the way up and now I'm the player with the most titles in the club's history," said Marcelo. "It's not a farewell, I don't feel like it that I'm leaving Madrid. If you don't give me a ticket, there will be trouble." He was irreplaceable, enthused club boss Florentino Perez, with whom he (Marcelo) had agreed that it would be better if he left now. Actually, he would have liked to have stayed longer at Real. But now he is going. With a smile.

1 Rugby. National: A U20 European champion signs in... 2 Baden-Württemberg: Reduced printing locations for... 3 North Rhine-Westphalia: The Essen police take action... 4 Drome. Heatwave: A watch cell to protect Romans most... 5 Rugby / National The VRDR would have its new opening... 6 High mountains. Ancelle: Search conducted to locate... 7 High mountains. They ran 24 hours non-stop on the... 8 Ain. Versonnex: 220 cyclists ride 2,125 km for Ukraine 9 Base jump skiing. Nine years after being near death,... 10 Tennis. US Open: Belarusians and Russians under neutral... 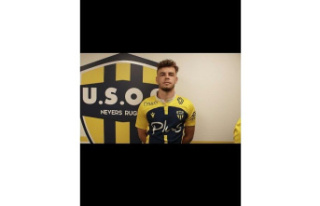 Rugby. National: A U20 European champion signs in...