Cristiano Ronaldo wrote football history twice at the World Cup in Qatar: The Portuguese superstar was the first player ever to score in five World Cup finals, and he is now a record national player. 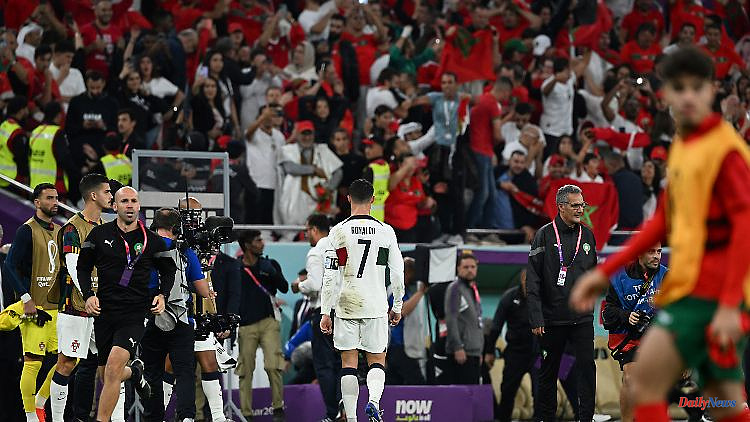 Cristiano Ronaldo wrote football history twice at the World Cup in Qatar: The Portuguese superstar was the first player ever to score in five World Cup finals, and he is now a record national player. But none of this can dry his tears.

Portugal's record national player Cristiano Ronaldo played his 196th international match at the World Cup in Qatar, tying him with the previous world record holder Badr al-Mutawa from Kuwait. Ronaldo came on as a 51st-minute substitute in Portugal's World Cup quarterfinals against Morocco. This brings him to the record of 196 appearances for the national team of the 2016 European champions. But the record game ended very bitterly: The 0-1 draw saw Portugal eliminated from the World Cup, and Ronaldo was unable to do anything in his second part-time appearance in a row . The world record holder fled the interior in tears when the final whistle blew and disappeared into the stadium's dressing room.

With a total of 118 goals, Ronaldo is also Portugal's all-time leading goalscorer and, as of that tournament, the only player to have scored in five different World Cups. With a possible 197th appearance for Portugal, superstar Ronaldo could become the sole international world record holder. After the bitter evening in Doha, it is anything but clear whether this will happen: After the tournament, which was disappointing for Ronaldo in terms of sport, the loss in the quarter-finals was not only a collective disappointment, but also the final for him with two substitutions in a row Brought out as the team's untouchable football saint, a continuation of his career in his country's jersey is highly questionable.

In addition, the five-time world footballer is currently without a contract after he was forced to leave his club Manchester United after a critical interview, and subsequent employment at a major European club currently seems impossible. Instead, according to persistent reports in the Spanish media, Ronaldo's well-paid autumn career should take place in Saudi Arabia, which is insignificant in terms of football.

If Ronaldo declares his departure from the national team with the World Cup, he could soon be rid of his shared world record: the 37-year-old al-Mutawa is also still active. He was not in the squad for his country's last international match, a 2-0 win over Lebanon, but before that he made all three of Kuwait's games in June's unsuccessful Asian Cup qualifiers.

In Europe, Ronaldo has long been at the top in this statistic, followed by Spain's Sergio Ramos (180) and Italy's Gianluigi Buffon (176). Germany's record national player Lothar Matthäus has 150 appearances. 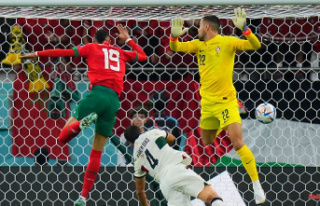