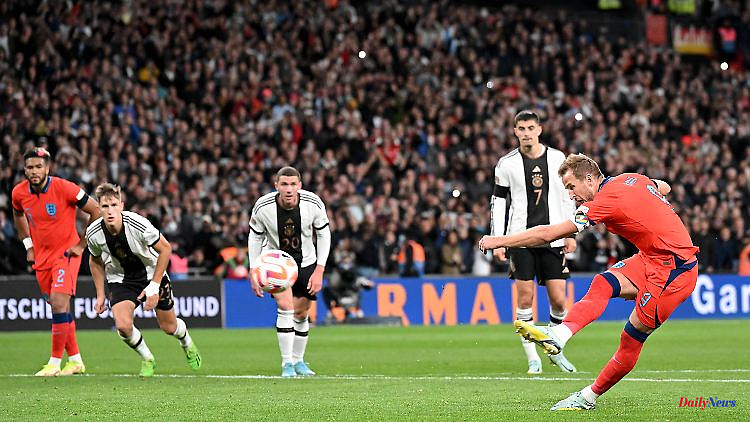 Harry Kane is 29 years old. He scored a historic goal in the international match against Germany. The Three Lions captain equals a record more than 100 years old and now just wants to keep going. Bayern sport director Hasan Salihamidžić will be watching with interest.

Bayern Munich chasing Harry Kane. We've all read that headline over the past few weeks, and mostly we've been amused. Because Harry Kane is England. Because Harry Kane is Tottenham. The Three Lions captain has had offers from other clubs so many times and is still with Spurs, who never compete for the title and rarely make international headlines. Participation in the 2019 Champions League final remained an exception.

If you will, Harry Kane could be described as Tottenham's Marco Reus. And Marco Reus never moved to Bayern, never left Borussia Dortmund. Although he might one day be able to lift a DFB Cup in the air at BVB, he will very likely never become a champion. Kane, which distinguishes him from Reus, is not only the captain of his club, but also of his national team. Reus could have been, could have been so much, but he got injured too often.

The Bayern rumors about Kane are only rumors for the time being. And if we all love them, we love the facts even more and they also make history with Harry Kane, they make him a legend.

The exceptional English striker scored yesterday to make it 3-2 against Germany. His penalty was extraordinarily shot. Connoisseurs say: He shot perfectly! And because it was shot so perfectly, it ended up in the net and in the history books. First of all only in those of the DFB-Elf. He's still a little missing for the record in England. He now has 51 goals for the Three Lions, two short of Wayne Rooney's record. His 53 are likely to fall at the World Cup in Qatar. If Gareth Southgate's side don't fail.

"It was really great that the penalty went in," Kane later said. "And it wasn't great that we couldn't win, but we'll keep going!" Hopefully not in Qatar should England meet Germany again in the knockout stages. Because it is an undisputed, if still little known fact: Harry Kane is Germany's current nightmare on the soccer field.

However, whether it becomes the Bundesliga's nightmare is now in the hands of Bayern's sporting director Hasan Salihamidžić. He is said to have already contacted the striker. Harry Kane will be 30 next summer. Salihamidžić already managed to lure a 30-year-old from the Premier League to Germany this summer: Sadio Mané. But suddenly it doesn't hit anymore. He is not a successor to Robert Lewandowski, he should never be. But Kane would be one of them. And that's why we have the headlines we love so much right now. 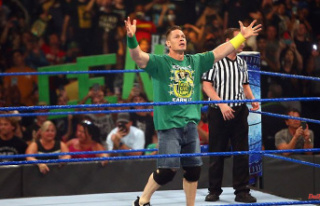