Premiere at the German Rally Championship: The Rallye ADAC Mittelrhein will be held for the first time on July 1st and 2nd as part of the DRM. 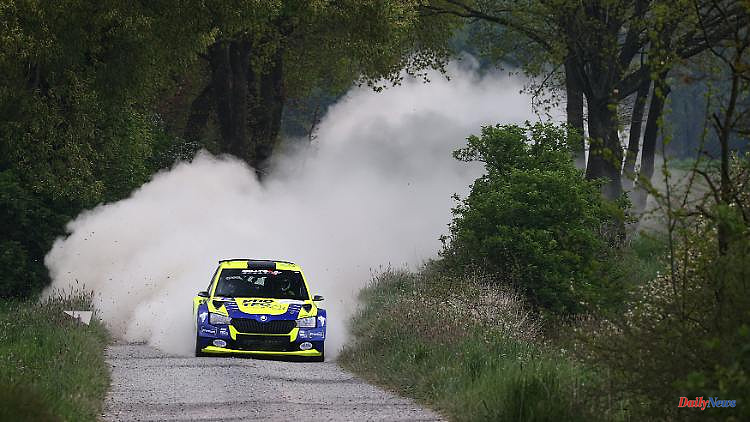 Premiere at the German Rally Championship: The Rallye ADAC Mittelrhein will be held for the first time on July 1st and 2nd as part of the DRM. Contrary to what the name suggests, the special stages take place in the Eifel and on both sides of the Moselle, centered on the Rhineland-Palatinate district town of Wittlich.

Around 70 driver duos will start at the debut of the Rallye ADAC Mittelrhein, in the top class DRM the field of participants is full to bursting with 20 starters like at the last ADAC Rallye Stemweder Berg. In the special category Gentlemen Trophy, Dennis Rostek secured the title ahead of time with second place.

The championship leader Philip Geipel and his co-driver Katrin Becker-Brugger had to accept their first "defeat of the season" in the Skoda Fabia Rally2 Evo after two victories in the Rallye Stemweder Berg in the DRM top class and took third place. At the Rallye ADAC Mittelrhein sees itself the duo in the outsider role." I've never driven across the vineyards on the Moselle and I know from my father that it's incredibly difficult to find your way there the first time. As a local hero, Marijan Griebel knows his way around here and is clearly my favourite. We want to come through clean, take points, have fun and enjoy it all. Let's see where we are in the end," says the 35-year-old from Plauen cautiously.

Overall runners-up Julius Tannert and Frank Christian (VW Polo GTI R5) are still waiting for their first win of the season and are aiming for victory. "Some of the special stages consist of sections that were already driven at the ADAC Rallye Deutschland back then. I started there five times. However, Marijan Griebel has definitely had more than twice as many assignments there and therefore has more experience as a local. The problem is to find the right line and not lose your bearings. But if the championship is to be anything more than that, a win is slowly due," says the 32-year-old from Zwickau, explaining the route to be taken. The current DRM champion Marijan, so praised Griebel, who is fourth behind the combination Dominik Dinkel/Mayrhofer/Winklhofer (Ford Fiesta Rallye2), is cautiously optimistic. "After our first win of the season on the Stemweder Berg, we're going to the Rallye am Mittelrhein with momentum. I've competed there ten or eleven times in the ADAC Rallye Deutschland, I know the special features and think we have a good chance, especially since we're competing in front of the home fans. However, it's not just through the vineyards, there are also many fast individual routes. And the competition is very strong. After the technical failure in Sulingen, a win would be important for me in the championship fight, the title hat-trick remains the goal," said the two-time champion, who sits in the cockpit of a Citroen C3 Rally2 together with Tobias Braun and lives in Hahnweiler, just under an hour's drive from Wittlich.

A record field of participants with 19 non-all-wheel drive vehicles is at the start in the DRM2 class. Martin Christ took the lead there after his first win of the season two weeks ago. However, at the debut of the ADAC Mittelrhein Rallye, he will be driving the Opel Corsa Rally4 without his regular co-driver. "Unfortunately, Heinke Möhrpahl didn't get any vacation, but I trust my new co-driver René Meier. We want to get through the car quickly and, above all, safely, but have no experience in the vineyards at all like some other colleagues. A place in the top five would be very good," explains Martin Christ, whose lead in the standings is in danger. Because only three points behind are their brand colleagues René Noller and Stephan Kopczyk within striking distance and want to start an attack on the front on the Moselle, as well as the third-placed combination Nico Knacker and Enrico Flores-Trigo in the Renault Clio Rally4. The DRM are also hard fought Nationals, formerly ADAC Rallye Masters. The gaps at the top are minimal, with the top five teams within five points. The championship leaders Christopher Gerhard and Christian Froath have to be wide awake to be able to maintain the top position in the Mitsubishi Lancer Evo X. Andreas Dahms and Paul Schubert (Porsche 911), Sebastian Wolf/Andreas Luther (Mitsubishi Evo X) or Tarek Hamadeh-Spaniol in the Citroën C2 Challenge are just waiting for the leading duo to show weakness.

Dennis Rostek (Skoda Fabia R5) has won all three previous rallies in the Gentlemen Trophy. A second place at the Rallye ADAC Mittelrhein would mean winning the title early in this special classification, as there is only one stop on the tour for the gentlemen over 40 years of age. And it cannot be assumed that Bückeburger, who has played flawlessly so far, will let this chance pass him by.

The leaders Andreas Dahms and Paul Schubert with their Porsche 911 also have a comfortable lead in the DRM Classic. However, after his victory at the ADAC Rallye Stemweder Berg, Walter Gromöller made it clear that he still wants to have a say in the championship fight with his Opel Ascona 400. In the Pirelli Junior classification, René Noller is just ahead of Nico Knacker. Jonas Ertz follows in third place.

Six special stages await the 70 or so participants in the Rallye ADAC Mittelrhein, each of which has to be completed twice and has a total length of 144.20 kilometres. These are all start-finish tests with the exception of the Bergweiler circuit for spectators. Some routes were taken over from the former ADAC Rallye Deutschland and lead through the winding, hilly landscape of the Eifel-Moselle region.

At specially set up and signposted spectator points, visitors can follow the spectacular maneuvers of the drift artists up close. The start is on Friday, July 1, at 4:30 p.m. on the historic market square in Wittlich, where the finish line will also take place on Saturday, July 2 from 6:00 p.m. and the award ceremony at 8:00 p.m.

1 Incident on vacation: campers insult Drosten as a... 2 Places cut off from the outside world: storms wreak... 3 Abortion verdict discussed: Meghan: Prince Harry is... 4 Group chats make them "crazy": Lena Meyer-Landrut... 5 "God save me": Travis Barker is in the hospital 6 Consumption in apartment buildings: Influence on overhead... 7 Aldi, Lidl, Netto, Penny ...: These are the deceptive... 8 Judgment on sole claim: What will happen to the marriage... 9 100 euros in July: when is the child bonus on the... 10 Near giant black hole: disinfectant discovered in... 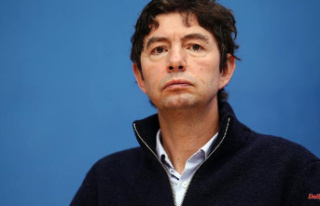 Incident on vacation: campers insult Drosten as a...