Records, TV times, hopes: Kick for the Bundesliga: "If not now, then when?" 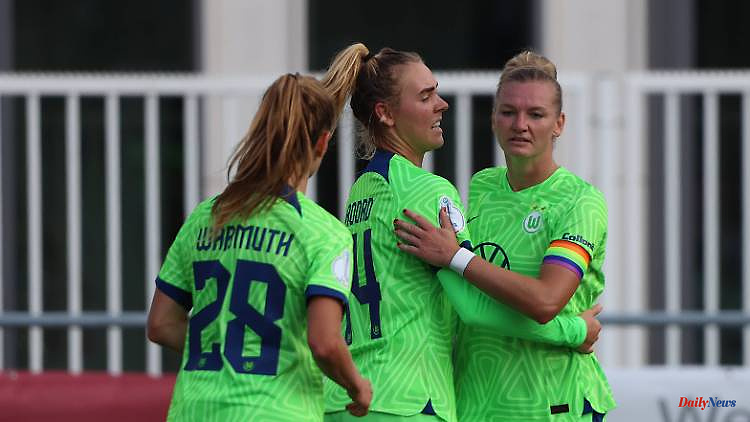 47 days ago, the German national soccer team narrowly lost the European Championship final against England. Now the DFB players face each other again - in the Bundesliga. What's left of the hype, what the financial demands are and where the games can be seen.

After the EM is before the Bundesliga - does the hype stay?

At least that's what everyone involved wants. Only 47 days after the European Championship final at Wembley, which they lost to England, Eintracht Frankfurt and FC Bayern Munich, with numerous European Championship participants (7.15 p.m. / Magentasport and Eurosport), are hoping for more than 20,000 fans in Deutsche Bank Park, where Frankfurt’s Bundesliga men are usually to play. Eintracht did not provide information on the status of tickets sold. The previous visitor record should be broken, it dates from 2014, when VfL Wolfsburg played against 1. FFC Frankfurt in front of 12,464 fans.

Frankfurt international Nicole Anyomi said in an interview with ntv.de: "I hope that we have been able to inspire many people, especially girls and women, who are now watching women's football and starting to play themselves." Looking at the good number of viewers in the DFB Cup, she sees the consequences of the hype. "It's something very special and nice for us. We also know that we showed people something good at the European Championships and enriched them."

DFB captain Alexandra Popp also said: "Of course I do hope that many, many spectators will come to the Bundesliga games in particular. Especially the ones we have inspired." And emphasized: "I'll be honest: if not now, then when?"

The highlight is Frankfurt and Bayern, the defending champion and DFB Cup winner VfL Wolfsburg around Popp starts on Saturday against SGS Essen (1 p.m., all games in the ntv.de live ticker).

There will also be a game in a large arena on the second day of the game: TSG 1899 Hoffenheim will challenge the Wolfsburg team in Sinsheim on September 24 (5:55 p.m.). It is also certain that Werder Bremen's game against SC Freiburg will be played in the Weser Stadium on matchday eight. With these measures alone, the average number of viewers in the new round should increase significantly - most recently it was just over 800.

Wolfsburg's EM star Lena Oberdorf emphasized: "You can't expect it to go from zero to one hundred and with 40,000 spectators everything will be sold out at once." This is a process that "only has to develop over the years or maybe this season". But she also drew a comparison with the English Women's Super League: "I would like the German league to gain more visibility by making it accessible to everyone."

Who provided the most popular changes of the summer?

The doubles winners from Wolfsburg have signed three DFB aces in Jule Brand, goalkeeper Merle Frohms and defender Marina Hegering. By winning their eighth title, VfL would become the sole record champions and trump 1. FFC Frankfurt (both seven). Bayern signed the only European champion in the league: Georgia Stanway from England. She had to sing when she started in the team - and promptly chose "Sweet Caroline", to which the English women celebrated with their fans in the tournament. "That was a bit cheeky," Giulia Gwinn said on Sky.

Who are the stars of the league?

Alexandra Popp is already in her eleventh season with VfL Wolfsburg. At the European Championships, she once again proved her class. With six tournament goals, she was narrowly beaten by Beth Mead, who clinched the title as top shooter with more assists.

EM star Lena Oberdorf, who was honored as the best young player, also plays with her in the club. Her roommate Sveindis Jane Jonsdottir from Iceland, who is only 21 years old, is already drawing attention to herself. Colleague Ewa Pajor from Poland has been one of the most dangerous strikers in the league for years. The future belongs to the young Jule Brand, she showed her class at TSG Hoffenheim last season, she also played well at the European Championship - and now belongs to what is supposedly the best team in the league.

Newcomer Stanway, as European champion, is one of the “players to watch” for what is probably the toughest competitor from Munich. Lea Schüller is the reigning top scorer in the league, and her position colleague Jovana Damjanovic has also been a pillar of the team for years. When she extended her contract in June, sporting director Bianca Rech called the Serbian an "incredible personality" who would be an integral part of the team.

Who is playing for the titles and the Champions League?

The double winners from Wolfsburg are once again the favorites to start the season. The biggest competition comes from the runners-up from Munich, who want to play dominant possession football with their new coach Alexander Straus.

These two teams seem to be in a hurry again this season and would qualify for the Champions League again. But behind it it gets tight. Eintracht Frankfurt finished third last season, but the Frankfurt team then missed out on the Champions League in the qualifying tournament. TSG Hoffenheim and Bayer Leverkusen are also likely to be involved in the European competition.

The traditional club Turbine Potsdam, on the other hand, will probably have to look further down the table. The past few years have not been so successful, recently there has been turbulence in the club's management, and the coach has also changed from Sofian Chahed to Sebastian Middeke. 14 players left the club in the summer, 16 new ones joined. The club near the capital could suffer from the diverse efforts of the Berlin clubs in the coming anyway. With Union and Viktoria, two have already intensified their efforts to reach the first division. However, the two clubs still have a long way to go before they reach the 1st league, with two promotions from the regional league.

What are the chances in European competition?

As champions, the Wolves have already qualified for the group stage of the Champions League. Last season it was only in the semifinals against the supposedly best team in the world, FC Barcelona, ​​that it was over. Due to the personnel reinforcements, the women from Wolfsburg are among the favorites again this time.

FC Bayern already have the first leg against the Spanish runners-up Real Sociedad on September 20th, on September 29th the second leg is then finally about qualifying for the group phase. The Munich women have to qualify for the premier class for the first time. Coach Straus said after the draw: "It will be an interesting game, but I think we have a good chance of qualifying. We are optimistic and positive about that." Most recently, Bayern had to admit defeat to top French club Paris St. Germain in the quarter-finals.

Does more attention mean more money for the players?

In the age of social media, the marketing options are completely different - and the social pressure on associations and clubs to finally offer better conditions to footballers is high. Even Chancellor Olaf Scholz stopped by the new DFB headquarters in Frankfurt shortly after the European Championship tournament to emphasize his demand for equal pay for national players.

Karl-Heinz Rummenigge, former CEO of FC Bayern, asked the men's top clubs for further financial injections. "Success at the European Championship must not have been just a flare-up. That's why I say: It is a conditio sine qua non (necessary condition, editor's note) that the macho sport of football is now also investing in women's football," said he the "Süddeutsche Zeitung".

Munich's sporting director Bianca Rech has spoken out in favor of introducing a minimum salary in the women's Bundesliga. "There should be a limit that every player has to earn at least so that they can make a living from this sport," she said, explaining: "If a Bundesliga player trains six times a week and is away with her team at the weekend, then we can no longer speak of a leisure activity." This "minimum wage" could "be regulated via admission requirements".

Coach Tommy Stroot from German champions VfL Wolfsburg also thinks a basic salary is right, but points out the necessary compatibility for financially weaker clubs. "It must not ensure that some clubs implement a basic salary, but smaller clubs have to cut at all other levels such as staff and the medical department," he said. "When these framework conditions are not in place, we can pay the individual players better, but we don't get the structural improvements that women's football needs."

The VfL coach means general conditions such as travel to the game, better video analysis and the medical departments of the teams. First and foremost, according to Stroot, not only men's football should be looked at: "I think that the differences - to the men's area anyway - but also between the first and second women's Bundesliga are too extreme. We have to make sure that at the locations everywhere professional conditions prevail."

How many men's Bundesliga teams are there for women?

Eight clubs in the new season play first-class, which also offer teams in the men's Bundesliga. Basically, the trend is upwards, as female footballers find better conditions under the umbrella of a large club. However, the women's Bundesliga consists of only twelve clubs. The DFL does not require the men's clubs in the 1st and 2nd leagues to have women's teams. Nevertheless, the professional clubs are under increasing pressure to get (more) involved. Some have also entered into partnerships to promote women's and girls' football.

Where can you watch the Bundesliga on TV?

As in the previous season, Magentasport shows all 132 games. "The European Championship in England showed the potential of women's football," said Telekom TV boss Arnim Butzen. "It will also give the league an extra boost in popularity." The range of live games on free TV is also larger than for men. As in the previous season, Eurosport shows one game per match day, starting directly with the opening game in Frankfurt. In addition, ARD also shows "ten to twelve games in the first and third," said ARD sports coordinator Axel Balkausky. "We want to show a summary in the sports show every Saturday."

"More and more offshoots of the men's Bundesliga are getting involved and thus attracting fans from these clubs," said media scientist Jana Wiske from Ansbach University of Applied Sciences. For the scientist, however, "media question marks remain, the men's leagues continue to outshine everything". The professor said: Wiske "It is important to find one's place in the media through further growing professional structures and thus increasing attractiveness and not to orientate oneself on the ratings of men."

1 "We are in a dilemma": IOC thinks about... 2 No magic wand against the crisis: the German rowing... 3 Excitement about Seidenberg: doping shadow weighs... 4 Anyomi on the start of the Bundesliga: "The hype... 5 Final or bronze, RTL shows EM: German basketball dream... 6 Legendary Jersey From Finals: Jordan Jersey Raise... 7 Posse about national players: Chile's complaint... 8 Federer's perfection and poetry: A tender magician... 9 Dramatic victory over the French: A great German Davis... 10 Sharp message to Captain Reus: the BVB gala sucks... 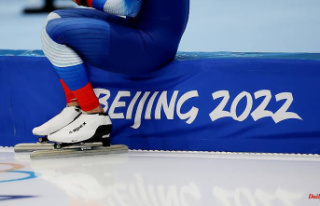