According to consistent media reports, Lukas Podolski freaks out at a fun tournament in Gummersbach and flies off the field. 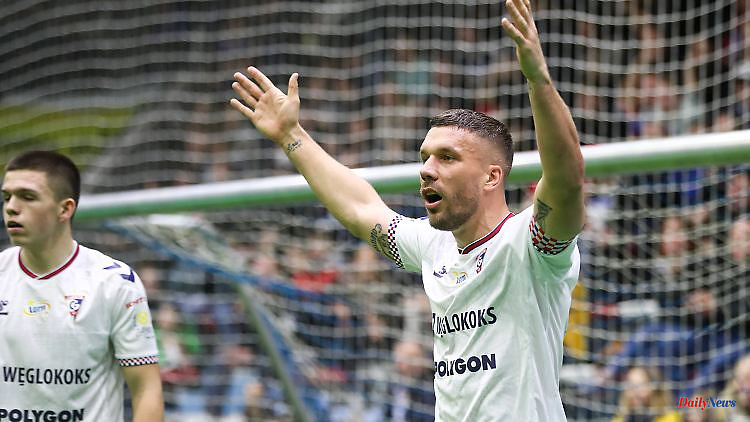 Lukas Podolski is still passionate about football. The 2014 world champion showed that in an ugly way at a fun tournament indoors. At the "Schauinsland Reisen Cup" in the Schwalbe Arena in Gummersbach, in which six teams took part - Hamburger SV, Karlsruher SC, Rot-Weiss Essen, Blau-Weiss Lohne, 1. FC Kaan-Marienborn and Podolskis Klub Górnik Zabrze - flew in the semifinals between Zabrze and Essen the scraps, as reported by "Waz" and "Bild" among others.

The ex-national player also attracted attention with foul play, the referee growled Podolski, who had scored a goal and prepared one at the time, and gave a time penalty when the score was 2-2. However, he does not agree with this at all and complains loudly. According to the "Bild" report, the 37-year-old then harassed and insulted the referee. Then he saw the red card. Podolski was the patron of the tournament for a good cause (revenues of around two million euros).

When Essen won 3-2 shortly before the end, Podolski is said to have continued to mob. According to information from "Waz", his manager Markus Krampe, who is also the organizer of the tournament, also said ugly words to the referee. Podolski then calmed down and calmed down with those involved.

As the "Bild" writes, there was a fuss about the former Cologne player even before the semi-finals. In the game against HSV he fouled the 20-year-old defender Valon Zumberi so hard that it came to a shove. After the dispute boiled down again, Podolski is said to have finally apologized to the Kosovar.

After all, Podolski's club Zabrze secured third place in a penalty shoot-out against 1. FC Kaan-Marienborn. In the end, Essen won the title with an 8:3 goal festival against the north regional league team Blau-Weiss Lohne.

1 No Haaland, but a dream free kick: City rolls over... 2 Suspicion of terrorism in Castrop-Rauxel: Arrest warrants... 3 Mecklenburg-Western Pomerania: residents injured in... 4 North Rhine-Westphalia: The fire brigade accidentally... 5 At the wedding with Meghan Markle: Prince Harry: William... 6 Knowing what's inside: This is how you can clean... 7 States stand behind Lula: Brazil's President:... 8 "All forces on the street": Brasilia security... 9 Brazil's ruling party: Invasion is "announced... 10 "Tatort" from Dresden: Shared joy - double... 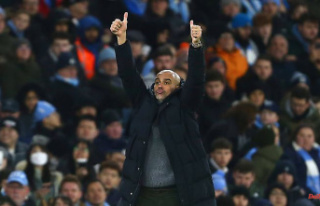 No Haaland, but a dream free kick: City rolls over...