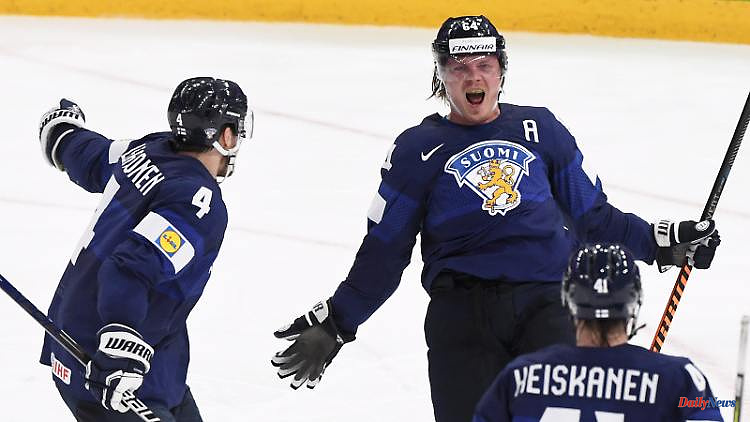 World ice hockey has a superpower: Finland. After the Olympic victory, the team is only the second to celebrate the historic double with the World Cup victory in front of their own audience. Meanwhile, opponents in the final, Canada, are struggling with several controversial decisions by the referees.

No, Canada really wasn't kissed by the referee that Sunday evening, sorry, lucky. In the turbulent final phase of the World Cup final against the new ice hockey superpower Finland, the cracks with the maple on their jersey defied several controversial decisions by the referees, celebrated the next sensational comeback in this tournament, and then sneaked off the ice as losers . In overtime, Sakari Manninen threw the puck straight into the heart of Canadian ice hockey with a one-timer.

And as soon as the small hard rubber disc had hit hard behind goalie Matt Tomkins, the helmets of the Finns flew onto the ice, cracks and fans celebrated an uninhibited party. Right in the middle Prime Minister Sanna Marin with a glass of wine (or Prosecco?). As the second team ever to achieve the historic double of world title and Olympic victory in one year. Previously, only the rival from Sweden had succeeded. 16 years ago. The "Tre Kronor" were doing well again in this tournament before they were eaten up in the quarter-finals by the Canadian mentality giants in the penultimate minute of regulation time with two goals and in overtime after 43 seconds.

They had now impressively hit or hit back against Finland. Against all odds. "Team Canada" was leading 1-0 in this extremely passionate duel up to the 45th minute, after which they received two penalties. A legitimate one, against Noah Gregor. An unauthorized one, against Cole Sillinger. The stick in the opponent's face was not his, but that of a Finnish colleague. The hosts didn't care (of course), he struck ice cold, scored two goals and turned the game around. And when Joel Armia increased in the 55th minute, Canada's dream of a record title seemed over. But then the next little miracle: Zach Whitecloud and Max Comtois coined the crazy pressure on goal within 48 seconds - crazy!

Then overtime - chances here, chances there and another penalty for the North Americans. Another one to debate. Captain Thomas Chabot, who seconds earlier had spectacularly prevented the Finns from winning with a bat parade, had to be down for two minutes. And again this is exploited, again the hosts hit mercilessly with a majority. The towering Mikael Granlund, who scored the first and second goals and once scored one of the most spectacular goals in hockey history, laid on for Manninen, who eventually fired for the world title. "I think it's pretty obvious that the guy threw himself, but at the end of the day my stick was in it," Chabot grumbled, "but I think everyone will agree it was a dive." Well, at least the referees don't.

Striker Pierre-Luc Dubois, who was outstanding in the tournament, was even clearer: "You work so hard and it sucks that it's decided like that. We know that different rules apply in these tournaments. It's annoying." Finland didn't care. The prime minister didn't care. Along with 11,486 other spectators in the Nokia Arena, she sang along with the national anthem after the triumph. "Having a gold medal hanging around your neck in your own arena is the best feeling ever," Manninen said after scoring in the seventh minute of overtime. The last time Sweden managed to win a World Cup in front of their own fans was in 2013.

A year ago, Finland, the current ne plus ultra in world ice hockey, lost the World Cup final against Canada in Riga, at that time also after overtime. 15 Olympic champions from Beijing, who were reinforced with a few NHL stars, now managed to take revenge - with a delay. However, the truth is that nobody knows what would have happened if the historically strong Sbornaja from Russia had been admitted to the World Cup. Because of the ban as a result of Vladimir Putin's war of aggression in Ukraine, her right to start was withdrawn.

And that's how it is now: Four times in the past six World Cups, the new great rivals Finland and Canada have faced each other in the final. As in 2019, the Finns triumphed. In addition to Manninen and the final giant Granlund, national coach Jukka Jalonen and captain Valterri Filppula can also feel like heroes of this crazy ice hockey nation. After 2011 and 2019, Jalonen is now a three-time world champion coach, coach of the Olympic champions and has long enjoyed cult status. He is unassailable, untouchable.

Captain Filppula has also been inducted into the elite "Triple Gold Club," open to all players who have won at least one Stanley Cup, one Olympic gold medal and one world title each. Despite all the world-class players Finland has already produced, the 38-year-old forward is the first Finn to do so. The team's success also commands great respect from national coach Toni Söderholm, himself a Finn. "If Finland wins the Olympics and the World Cup in a year, you have to take your hat off. It's incredible," he told the German Press Agency. "They pulled it off in front of the home fans, where many say there's a lot of pressure. That's good confirmation of the journey they're on."

"On the whole," said the national coach, "they won the World Cup in 2019 with a team that was worse in name. The fact that they won there was a huge push," said Söderholm, emphasizing the cooperation in Finnish ice hockey. "There's this statement from the federation that no matter which hall you go to, the same things are trained. It's a collaboration at all levels. That's why Finland is up in the world rankings and is playing for the World Championships. It's a collective. It's unspectacular, but the way it's worked is efficient." 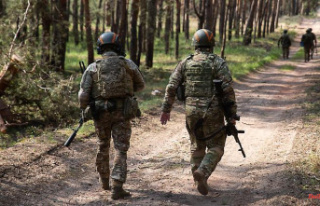 The day of the war at a glance: Ukraine expects major...