Referees with precise instructions: The World Cup is already breaking all time records

There are 27 minutes of stoppage time in England's World Cup match against Iran. 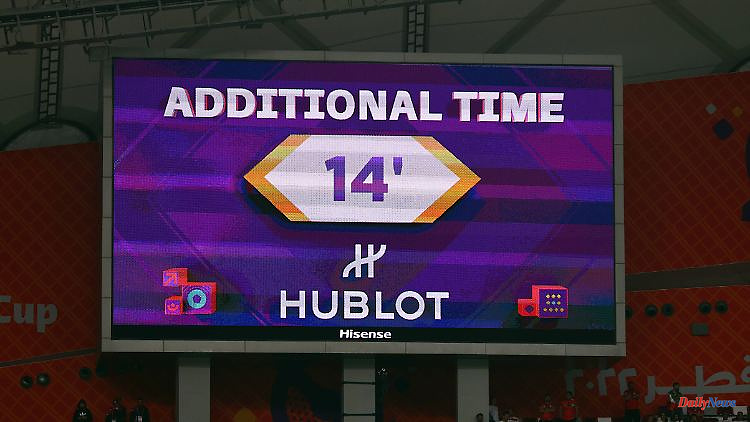 There are 27 minutes of stoppage time in England's World Cup match against Iran. The madness of the game resulted in the latest goal in World Cup history. The referees also show perseverance in the other games - as instructed.

102 minutes and 49 seconds. 104:34 minutes. And even 117 minutes and 16 seconds - Sepp Herberger's old adage no longer applies in Qatar. At the desert World Cup, the games last much longer than the famous "90 minutes", and FIFA is cracking down on wasting time.

"We don't want there to be only 42 or 43 minutes of active play in a half, that's not acceptable," chief referee Pierluigi Collina said shortly before the tournament began. The Italian expects an average of "seven, eight, nine minutes of stoppage time" in Qatar.

Between England and Iran, however, referee Raphael Claus added more than 27 minutes - 14:08 minutes in the first half, and then another 13:08 minutes in the second half. Of course, this was also due to the fact that Iran's goalkeeper Ali Beiranvand had to be treated longer after a collision and later had to be replaced, as well as video evidence.

But the fans immediately saw a record: Mehdi Taremi converted the penalty for Iran to 2:6 after 102:30 minutes. It was the latest World Cup goal in a non-overtime game since detailed data was collected in 1966. Davy Klaassen scored for the Netherlands against Senegal after 98 minutes and 17 seconds - number two on this list. And: The four halves with the longest stoppage times at a World Cup all took place on Monday.

In Qatar, not only do the referees keep a close eye on their stopwatch when celebrating goals, making substitutions, sending offs and contentious discussions, they also consistently make up for the minutes lost due to checks by the video assistants and interruptions due to injuries. "The aim is to offer the viewers the greatest possible spectacle," said Collina.

All teams were informed in advance about the consistent procedure, said Collina, so that nobody is "surprised". "Imagine a game where three goals are scored. A goal celebration usually lasts one to one and a half minutes, so if you score three goals you lose five or six minutes," said Collina. "We want the stoppage time at the end of each half to be precise to calculate."

And so in Qatar fans can see more net than gross. This was also the case with the sensational 2-1 defeat of tournament favorites Argentina against the supposedly hopeless team from Saudi Arabia - the final whistle was only blown after almost 14 minutes of added time - only for the second half. 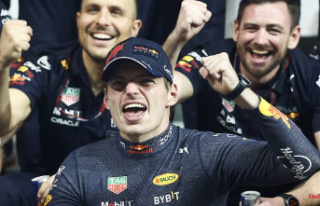